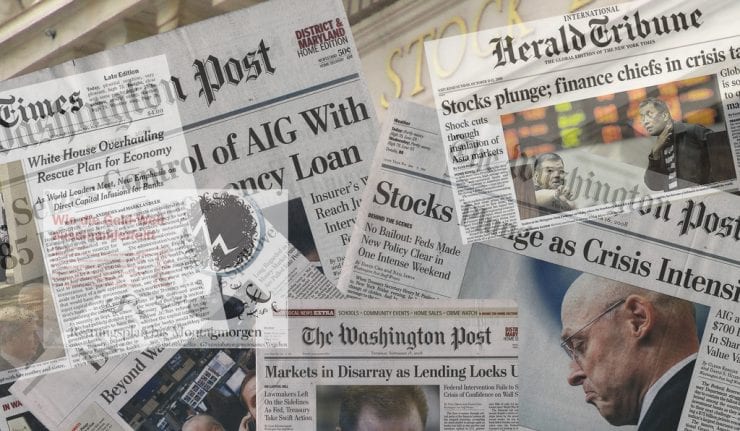 As someone with an obsessive penchant for good song lyrics, the first thing that popped into my mind when I thought of the 10-year anniversary of the September 2008 market meltdown was lyrics from the Led Zeppelin classic, “Ten Years Gone”:

Then as it was, then again it will be

And though the course may change sometimes

It’s human nature to forget about the horrors in life, especially the emotions attached to those horrors. That’s because the ability to forget is a feature of our consciousness, not a bug. Yet there are some emotions associated with events that are nearly impossible to forget, no matter how hard we try.

Unfortunately, two of those events happened to have occurred in September.

The first, and most horrific, was the events of 17 years ago this month. That, of course, was the terror attack on our nation on September 11, 2001. Much has been said over the past few days of the heroism, valor and tragedy associated with this anniversary. Yet, what stands out for me is the difference between the brotherly sense of unity so many Americans felt on September 12, 2001, and the sense of division so many seem to feel on September 12, 2018.

Suffice it to say that “blame” for this division can be found in many places, including our universities, our cultural discourse, our social media interactions, our sporting events, and, of course, in the highest branches of government.

I just hope it doesn’t take another devastating attack to bring America back to the sense of unity we felt 17 years ago today.

The second event, while less devastating than the terror attacks of 9/11, was no less jarring from a psychological standpoint — especially if you had money invested in the financial markets.

You see, it has been 10 years since the collapse of Lehman Brothers, a fantastically swift implosion of the sort that hadn’t happened to an American financial institution since the 1930s.

As Greg Ip of the Wall Street Journal wrote of the events:

“The failure of Lehman Brothers exposed how cavalier the world had been toward risk. Households had bought homes they thought could never go down in price, banks had made loans they thought would never default and repackaged them into securities to make them seem riskless and governments, convinced depressions were a thing of the past, had stood by.”

Here you will find feature articles on such varied topics as: The aftermath of the crisis on so many investors’ lives; Warren Buffett’s explanation of the crisis and why so many of the key players then think it’s unlikely the same thing will happen again.

Perhaps the most important feature here is on the possible triggers for the next financial crisis. Potential catalysts mentioned in this article include rising interest rates, the explosion of debt and the so-called “debt bomb,” and a potential cratering of the Chinese economy.

Since that devastating month 10 years ago, the market has made a remarkable comeback. Consider that over the past 10 years, the total return on the S&P 500 has roared back more than 186%!

This shows not only the resilience in the American financial system, it also shows the resolve of investors to get back in the fight after a devastating defeat. Here again, it’s another feature of our consciousness, and not a bug. 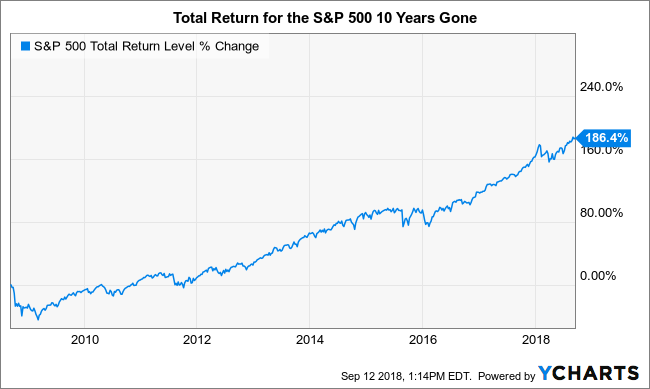 Yet maybe the most important thing to remember here about the financial crisis 10 years gone is what Led Zeppelin tells us, which is that things that were have a way of returning when we least expect it. And though the course of those things/events may be altered, the river will always find its way back to the sea.

At some point, we can expect another destructive market meltdown. At some point, we will have to deal with the detritus of systemic financial loss. It may take another 10 years, or it may come far sooner or far later.

The best we can do, as investors and prepared citizens, is to make sure our own financial and security concerns are in the best shape they can be. That means diversified equity and fixed-income exposure, avoiding the accumulation of excessive personal debt, and making sure we are prepared for the worst-case scenario even if that day defies the odds and never comes.

Is it better to be the tortoise, or the hare?

In fact, speed is a key concept with Ed, and he should know a bit about speed.

A veteran of more than 50 combat missions, at the height of his military career Ed was the No.1 instructor in the Marine Corps for one-against-one aerial combat, a.k.a. “dogfighting,” and was instrumental in the training and development for the new F-35 Lightning II Joint Strike Fighter.

Ed also happens to be my guest in the latest episode of the Way of the Renaissance Man podcast. 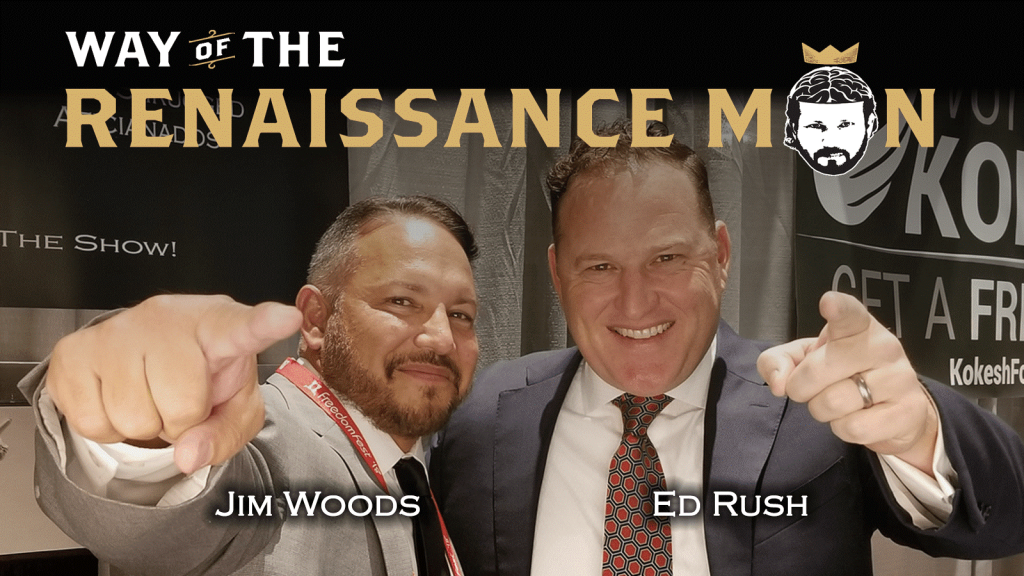 In this episode, we discuss:

The success-enabling habits Ed learned in the Marine Corps.

The difference between external discipline and self-discipline.

Ed’s “21-day adventures,” a time frame he says is all that’s needed to make real changes in one’s life.

If you want to get motivated, entertained and educated by a badass Marine, then this episode of the Way of the Renaissance Man podcast with Ed Rush is perfect for you.

“We cannot change anything until we accept it. Condemnation does not liberate, it oppresses.”

The influential psychologist is considered the founder of the analytic school of psychology, and the first to differentiate two classes of people according to attitude types: extraverted (outward-looking) and introverted (inward-looking). In today’s quote, Jung reminds us of the importance of accepting reality, however unpleasant, so that we can ultimately change it for the better. And, until then, the importance of avoiding self-condemnation.