After the Storm: Market Lessons for Hurricane Season 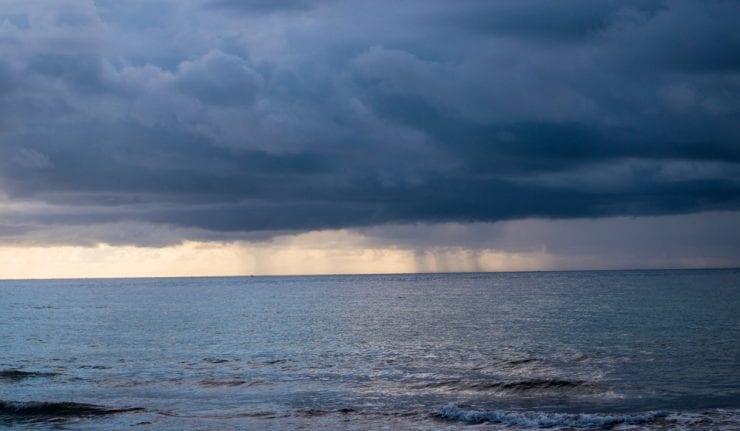 Last year’s tropical storms killed thousands of people, caused $280 billion in damage and left Wall Street numb as company after company warned that an aggregate $1 billion in profit had washed away between the flooding and the wider disruption.

A lot of retail investors learned the wrong things from that summer. With Florence taking a straight shot at the Carolina coast, this is a classic wake-up call: shake off bad habits, avoid herd mentality and invest for recovery, not disaster.

Start with the standard “sell the insurance carriers and buy home repair” trade. At this point, it’s a cliche that storm damage translates into higher incurred losses for insurance companies. Property and casualty insurance companies pay out thousands of extra dollars to homeowners with damaged properties, who then promptly spend their claim checks on repair and improvement goods at stores such as Home Depot (NYSE: HD) and Lowe’s (NYSE: LOW). This trend is why home repair stocks soared when it became clear that Hurricane Florence was coming, while companies like Allstate (NYSE: ALL) and Everest Re Group (NYSE: RE) sold off 6 percent.

It’s more a matter of behavioral economics than any intrinsic change in how much cash these companies are throwing off as the weather changes. Allstate is the most obvious question mark here. Granted, this is the major publicly traded carrier in North Carolina, but the real key players in the state don’t trade on Wall Street. (Think State Farm and Nationwide Mutual.) As a result, Allstate becomes the scapegoat for investors’ sense of helplessness and horror at watching another natural disaster play out on TV. We can’t change the weather or protect people in its path, so we make symbolic adjustments to our portfolios and reassure ourselves that at least our stocks are out of harm’s way.

However, that argument is an emotional one. When it comes to market realities, Allstate isn’t even a good proxy on North Carolina because management made a conscious choice to pull back from this coastline over a decade ago. Real exposure here is limited to $250 million in auto coverage across the entire state — barely a dent for a company that backs up $43 billion in auto policies. With 15% of the state’s population evacuated, most of those cars are already on higher land, out of danger.

Any time your fellow investors let symbolism instead of the fundamentals drive their choices, they’re setting themselves up for heartache. That’s an opportunity we can exploit. We saw something similar play out last year, when Allstate dropped 10% around Hurricanes Harvey, Irma and Maria. Those were much bigger storms hitting greater concentrations of insured property — more wealth to destroy in the Houston suburbs equals more damage to pay back — but even then, investors who bought the Allstate dip made a lot of money.

It wasn’t just Allstate, either. We bought a lot of insurance company positions in one of my services, now called Turbo Trader, after the storms came through. The dip even gave my subscribers a rare opportunity to build a position on Warren Buffett’s Berkshire Hathaway (NYSE: BRK-B), the king of insurance groups, and earn 10% in a matter of months. Plus, we played insurance software vendor Guidewire (NYSE: GWRE) for a quick and healthy 10% profit as well, knowing that the drive to modernize the industry would get more intense after another season of storms.

Not one of those stocks that dropped in hurricane season stayed down. The moral is clear: Buy insurance stocks on the dip. That goes for reinsurance groups like Everest Re as well, since their exposure is much lower than it was last year. After all, North Carolina isn’t Texas. Nothing against the land (which is beautiful) or the people of North Carolina (who are the best around), but the economic impact from Hurricane Florence is going to be lower than what Harvey dished out.

Coastal Carolina supports gross production of about $30 billion a year. Houston does that every three weeks. If Harvey, Irma and Maria weren’t fatal to the reinsurance business, Florence will be forgotten once the next underwriting cycle starts. In the meantime, other “easy” trades will fizzle, too.

Take Home Depot, which is a great company. It is one of the fastest-growing names in the consumer sector and has a stock price appreciation that matches this rapid rise. However, the stock was soaring on a combination of strong homeowner sentiment and seasonal factors well before Florence was even a blip on the radar. Buying Home Depot because the weather gets bad is like buying McDonald’s (NYSE: MCD) because it’s lunchtime.

One secret: North Carolina isn’t even Home Depot country. There’s a total of one Home Depot in the coastal counties, but a whole lot of Lowe’s. People who’ve been trained to trade the headlines don’t see that. They’re getting pulled into a “catalyst” narrative — “storms damage houses that then need repairs, and Home Depot is where you go to get the materials” — that just doesn’t mirror the real world.

That said, if Home Depot is on fire right now, Lowe’s can do even better when the season shifts. Subscribers to my Value Authority service made 30 percent on Lowe’s just last winter. If this storm motivates you to buy one home repair stock, your choice should be obvious. Both companies trade at roughly 22 times earnings, but Lowe’s has a more realistic growth curve ahead. Meanwhile, Home Depot has already priced in a lot of the good times, so now is not a good entry point.

The Best and Worst Storm Stocks on My Screen

My personal “Waffle House indicator,” as I watch Florence hit the coast, revolves around the supermarket map. My Carolina contacts tell me Costco (Nasdaq: COST) shelves were stripped as far inland as Durham, but that’s more basic preparedness than a company-moving event. (From what I hear, it’s just what happens at the start of every football season.) With the storm track passing south, they now have a lot of food to work through before they go back.

Steer clear of the corporations that do have operations here and will use the storm as an excuse for any earnings weakness. Domtar (NYSE: UFS) makes its adult diapers around here, so while I love the stock, pause any accumulation program you have there until we see how the hurricane tracks. Likewise, Corning (NYSE: GLW), International Paper (NYSE: IP) and General Electric (NYSE: GE) are big employers in this region, so those stocks are the biggest risk factors for Wall Street now.

As always, think outside the box of the prepackaged trade ideas you see on television. If flooding upland becomes severe, pork futures will get interesting, so this could be a chance for Arkansas-based Tyson Foods (NYSE: TSN) to grab the baton from rivals that source more heavily from Carolina and could suffer disruption. Tyson has lagged Hormel (NYSE: HRL) recently. It’s time to catch up.

Finally, I have one ace in the hole. Take a look at Generac (NYSE: GNRC), which makes diesel generators, as the storm cycle picks up. The stock soared last summer when it became clear that it was going to be a windy season. We’re in what looks like the early stages of a repeat move now.