I was struck to hear that the average retirement age is “only” 62 and that’s when Millennials — benchmark driven as always — expect to quit working themselves.

Leaving savings rates and 401(k) contributions aside, that’s an ambitious goal, because some of the very stocks that can best fund their golden years are also working to extend the amount of time we’ll all have to remain alive and productive. Of course, you need to take the long view, since retirement math has changed a lot since the Social Security program started in the 1930s.

With age 72 becoming the new 65 in terms of how long advancing medical science can support Millennial dreams of an extended and healthy post-work life, the calculations get a lot more interesting in career paths like the Supreme Court and Wall Street, where a traditional retirement is completely off the table. We now truly can remain active and productive longer than previous generations could even hope to live.

Someone who’s age 50 now has a 50-50 shot of living into the 2040s. At that point, the actuarial table effectively flips a coin every five years, giving that person roughly 10% odds of living to age 90.

That’s another four decades longer than a lot of careers. In law enforcement or emergency services, you’re often off the job at 60. On average, pro football players age out in their 20s. Even those Millennials dreaming of retirement today expect the job clock to stop a quarter century before statistics say they’re likely to die. On the Supreme Court, of course, 60 is practically where life begins.

Someone with ambition and expertise can make a huge impact in 25-40 years, which is why Warren Buffett, the greatest investor of our lifetime, didn’t leave Berkshire Hathaway in the mid-1990s to do all the things ordinary 65-year-olds do. Wall Street is literally his life. As far as anyone can tell, he’ll never retire. For one thing, his No. 2, Charlie Munger, is 94, so there’s no real succession plan. And for another, Buffett really can’t be replaced.

We see the pattern play out over and over in the stock market. Legends like Kirk Kerkorian, who died a few years ago at age 98, don’t even fade out, they just stop making deals. Sir John Templeton stepped away at age 95. John Bogle is 89. Carl Icahn is 82. Bill Gross and Peter Lynch are 74. While the average money manager only lasts six years — a career path eerily like pro football — there’s at least one fund run by a man who’s been at that desk 10 times as long.

Granted, there’s a survivor bias at work because you need to be good with money to stick around since the Eisenhower administration, but funds with that kind of track record habitually outperform their benchmarks. With that in mind, I find it inspirational and encouraging that the amount of time world-class investors have to work beyond normal retirement age keeps edging up.

Since then, advances in oncology and other fields have raised the life expectancy bar another two years. By the time today’s star managers hit their 60s, the odds of working into their 80s will be just that much better. Compared to an average historical high court tenure of 17 years of service, it becomes clear that statistics will keep nudging Buffett-style careers toward becoming the rule instead of the exception.

But industry churn ensures that a lot of people on Wall Street have a hard time remembering what happened a decade ago, much less project current investment strategies even a few years into the future. Warren Buffett and John Bogle have each expressed concern that holding periods and attention spans are shorter now than at any other time in their combined 130-year professional recollection. A little more long-term clarity in the market would be nice.

We live longer. Retirement timelines stretch, forcing our investments to work harder. And yet with so many of us simply counting the days until that magic and arbitrary birthday, a lot of value gets lost in the short-term chatter. Ironically, those of us who have the foresight to seize opportunities now and the patience to see them mature can use this to our advantage.

It starts with a sense of continuity. While none of us are immortal and accidents happen, it’s still possible to contemplate 30- to 40-year careers. After all, despite endless doomsday hypotheticals and even more innovation, Wall Street stays on the same long-term track that keeps people like Buffett and Bogle in business decade after decade. When they’re gone, there still will be millions of experienced Boomers to step up. Barring a catastrophe on a scale that’s never happened in U.S. history, we can trust the cycle to continue.

And that means that promising technologies and companies have time to bear fruit, one way or another. Alphabet (NASDAQ:GOOG) has spent more than $1 billion to research the biological secrets of the aging process itself. The program may take until the early 2030s to pay off. By then, even in the unlikely scenario there’s no Alphabet in a form we’d recognize, the company’s heirs will monetize what they can. Patience will be rewarded.

Smaller companies don’t have quite that much luxury, so they’re targeting more immediate and incremental ways to keep pushing the human lifespan days and weeks into the statistical future. I have my eye on Unity Biotech (Nasdaq:UBX), which is still at least two years out from reporting its first Phase 1 clinical trial results and is unlikely to be profitable until well into the 2020s.

Its disruptive potential could make it a worthy addition to my GameChangers universe someday. But that first trial is to evaluate how well the technology reverses the deterioration of aging knees. And that’s just the most obvious commercial opportunity management decided to chase. In theory, this stock offers a literal “youth shot” that can arrest the impact of time on your eyes, heart, brain and just about every other body system. Once we know the technology works, whatever progress UBX makes will survive well into the future.

And in the meantime, we keep getting older as a society, year after year. I like stocks tied to senior living and care because they benefit from robust demographics — retirement is booming right now and won’t stop for decades to come — and increased life expectancy. As long as our bodies wear out, but science keeps finding new ways to keep us alive, nursing home stays will lengthen. Plus, occupancy rates aren’t going down any time soon. Omega Healthcare (NYSE:OHI) and Welltower (NASDAQ:WELL) are only the tip of the iceberg, with massive yields and a business that won’t go away until we cure aging itself. These are the kinds of stocks we love in my Value Authority trading service, where we take the long view.

Of course, a true cure for mortality is unlikely in our lifetime or anyone else’s. But as today’s Supreme Court justice or fund manager gets the ability to restore failing vision, reverse dementia or recover from a stroke, tenure will keep creeping up at least a few years a generation. Those who retire early will miss out on the opportunities a longer view provides. The rest of us still have a lot of work to do. 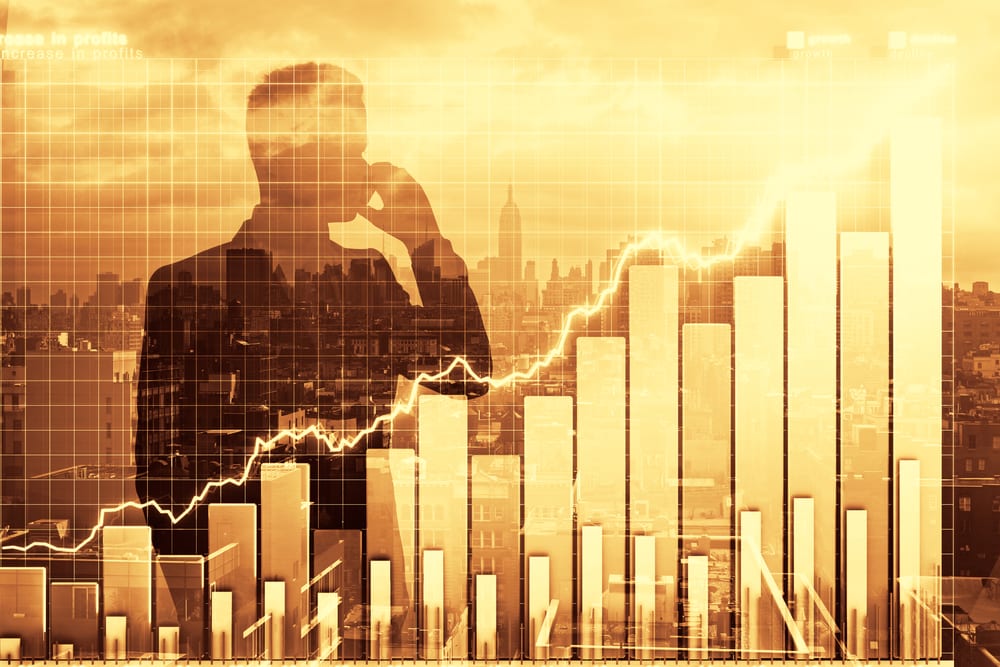 Which Is Better, Value or Growth Investing?

This year has seen growth stocks significantly outperforming their value-oriented counterparts. Is growth investing the way to go right now?