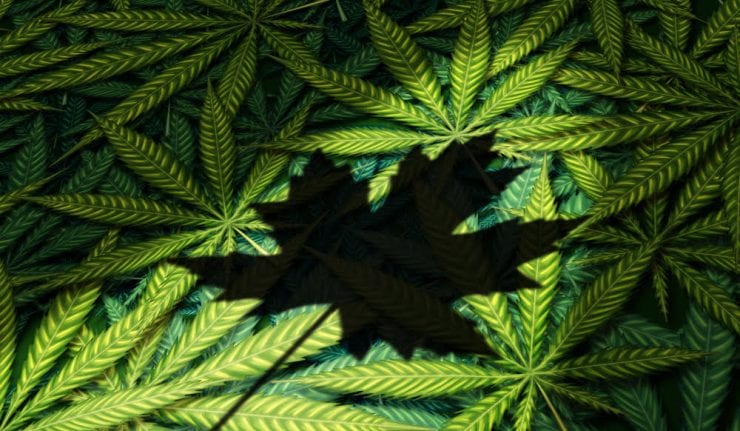 Right now, the fast-growing marijuana theme is captivating the imaginations of fortune seekers in a manner similar to what occurred during the dot-com era.

Investors are seeking to cash in on what they hope will be the next sector of the market to enrich their portfolios with exponential growth prospects. A trend in this direction is definitely in place, but it is sharply divided between two separate paths — marijuana for medicinal purposes and marijuana for recreational purposes.

Back in June 2018, Canada legalized the recreational use of marijuana, with the law set to take effect on Oct. 17. There is widespread speculation that once legal use is fully established in Canada, several more U.S. states will move to pass similar legislation for both medical and recreational pot use. Some economists say the industry won’t be able to meet demand during the first year, and that either prices will rise or supply will run out.

If this sounds familiar, it’s because similar anxieties have been expressed before. In 2014, dispensary owners in Colorado made largely the same comments when recreational pot was legalized in the state. For a short period, pot prices rose sharply and only fell dramatically after copious amounts of marijuana entered the marketplace.

Health Canada, an agency of the Canadian government responsible for national public health, estimates annual demand for the United States’ northern neighbor to be 926,000 kilograms, or about two million pounds. While there is no reliable data on the exact supply available from of licensed recreational vendors, the most recent estimates put Canada’s supply of medical marijuana at 66,404 kilograms of dried cannabis. A survey from Statistics Canada showed that about 4.6 million Canadians, or 16% of the population, used cannabis in the second quarter of 2018. Those are just the folks that are willing to come forward, so the real number is probably 20% or higher.

So, while the trend toward recreational marijuana use in Canada is very real, the avenue by which it will be rolled out in the United States is open to some speculation. Most likely, after Canada’s legalization of marijuana is officially on the books, the states already considering a deregulation of the marijuana industry will lead the way.

While the vast majority of the 50 states allow for limited use of medical marijuana under certain circumstances, opinion is still largely divided in the United States, as you can see below. Some medical marijuana laws are broader than others, but the types of medical conditions for which marijuana can be used vary from state to state. For example, Louisiana, West Virginia and a few other states only allow cannabis-infused products, such as oils or pills. Other states have passed more restrictive laws allowing residents to possess cannabis only if they suffer from certain rare medical illnesses. 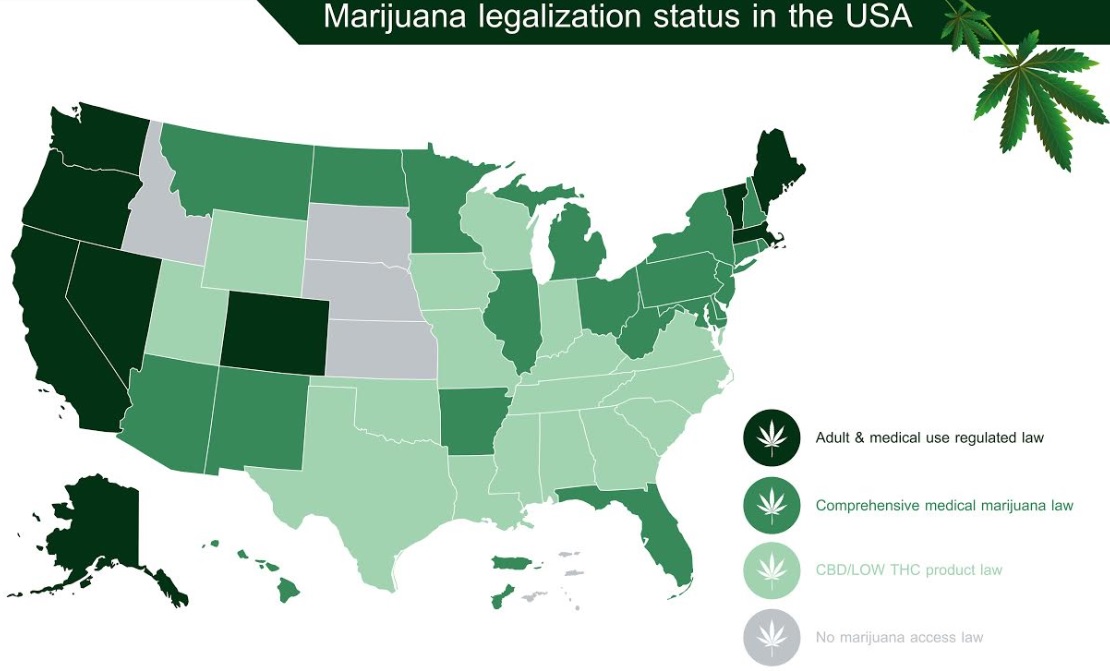 Currently, 19 states allow pot to be purchased for medicinal purposes, while seven states have extended marijuana usage to include recreational purposes. In order to not cause consternation among large elements of their constituencies, politicians are much more inclined to approve medical weed use over recreational weed use. This is a well-defined “walk before we run” strategy that makes good, rational sense.

With the understanding that medical marijuana use is going to be at the forefront of the weed movement, I believe there is one company that has an early lead in the U.S. medical marijuana market, and that just so happens to trade as an American Depository Receipt (ADR) on the Nasdaq. GW Pharmaceuticals PLC ADR (Nasdaq: GWPH) is a biopharmaceutical company focused on discovering, developing and commercializing novel therapeutics from its proprietary cannabinoid product platform across a broad range of disease areas.

One of GW Pharmaceuticals’ biggest successes, along with its U.S. subsidiary Greenwich Biosciences, is the Food & Drug Administration’s approval for Epidiolex, an oral solution for the treatment of seizures associated with Lennox-Gastaut syndrome (LGS) or Dravet syndrome, in patients two years of age or older. Additionally, GW has submitted a regulatory application in Europe for the adjunctive therapy of seizures associated with LGS and Dravet syndrome, and is continuing to evaluate Epidiolex’s ability to treat additional rare epilepsy conditions.

GW Pharmaceuticals also commercialized the world’s first plant-derived cannabinoid prescription drug, Sativex(R) (nabiximols), which is planned for a Phase 3 trial in the United States. Other products in the company’s deep pipeline include additional cannabinoid product candidates in Phase 1 and Phase 2 trials to treat epilepsy, glioblastoma, autism spectrum disorder and schizophrenia.

Wall Street has taken a keen interest in the future of GW, as six research firms now cover the company and the stock. Most notably, on September 28, 2018, Morgan Stanley raised its target price to $240. Company revenues for 2018 are forecast to be only $17 million, but revenue for 2019 is expected to explode upward by 762% to $146 million. The stock currently trades at $150, implying upside stock appreciation potential of over 50% in the next year, which would be a fantastic gain within a mature bull market. 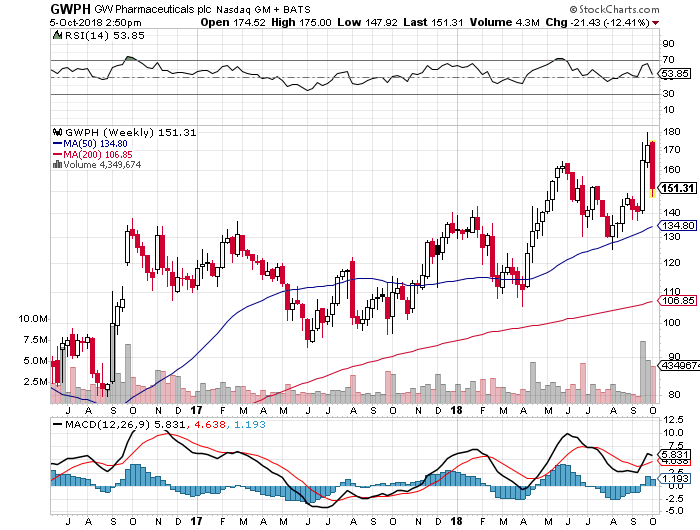 Shares of GWPH are volatile, but managed to break out of a multi-month trading range during June, retested technical support from July through August and then made fresh highs in September. With the latest corrective action in the market, high-price-to-earnings (P/E) stocks, such as GWPH, have sold off sharply, presenting what might be an excellent entry point into cannabis-oriented position in the medical arena.

Seeing as the cannabis sector is still in its very early innings in the United States, with only a handful of stocks currently trading on U.S. exchanges, there is a clear advantage given to first-to-market companies like GW Pharmaceuticals. However, marijuana is still an unproven sector, promising as it may seem. Making profits here will depend not only on buying the right investments, but on timing their purchase and trading them properly.

My Quick Income Trader advisory service fits the pot sector profile perfectly. Because there is such volatility in the pot stocks, put and call option premiums are huge. So, instead of paying enormous time premium to purchase options, my service is based around selling covered calls and naked puts for immediate income and gratification. Smart option traders don’t buy premium, they sell premium.

Take a tour of Quick Income Trader and see how the call and put options I recommend complement the volatility in the pot sector. Also, stay tuned for how I will be playing pot stocks in the weeks and months ahead. Marijuana may seem like the new money-making industry to be in right now, but be careful to not tread into this high-risk sector alone. You just might see your trading capital go up in a plume of smoke!