A Floating-Rate Bond Fund for the Rising-Yield Environment 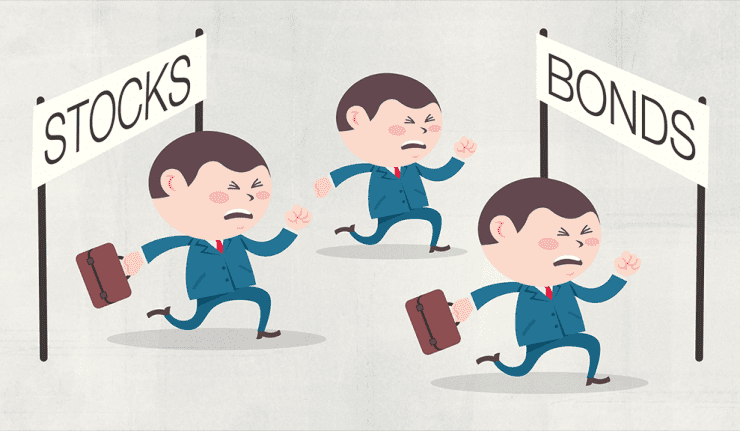 In contrast to its peers like SPDR Barclays Capital Investment Grade Floating Rate ETF (FLRN) and iShares Floating Rate Bond ETF (FLOT) (both of which were covered in previous ETF Talks), FLTR is much smaller, with only $568.05 in assets under management. In addition, FLTR is more tilted towards debt with lower credit ratings by design and many of its bonds are often in the BBB to A- investment grade range. Yet, its yield to maturity of 3.04% somewhat offsets that risk.

Morningstar classifies FLTR as an Ultrashort Bond, because it almost exclusively holds bonds with a duration of less than one year.

With Treasury yields hitting seven-year highs and more Fed rate hikes on the horizon, FLTR could be an effective tool for fixed-income investors to counter the trend. Since FLTR adjusts with rising rates, it gives investors the ability to adapt to the current economic environment. In a statement, VanEck, which manages FLTR, said that as short-term interest rates have climbed, short-term fixed rate bonds have lagged floating rate notes.

Yields on floating rate notes are comparable to fixed-rate short-term bond yields, but with much lower interest rate duration. In addition, floating rate note coupons reset quarterly, adjusting automatically with rates while maintaining a near-zero duration profile, according to VanEck. 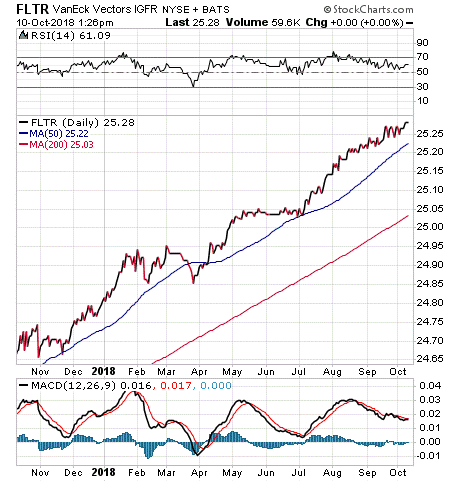