A Smaller Fund that Focuses on the U.S. Floating-Rate Bond Market 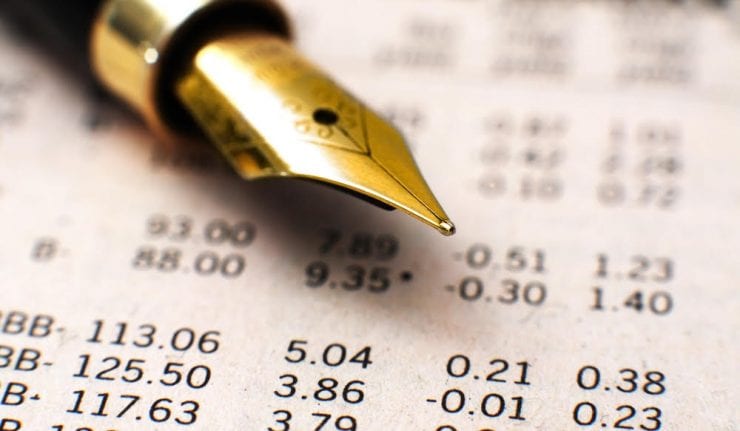 The Invesco Variable Rate Investment Grade ETF (VRIG) is an exchange-traded fund (ETF) that focuses on increasing its shareholders’ income through holding floating-rate debt securities while also maintaining a low portfolio duration and a focus on capital appreciation.

Generally, the fund will allocate around 80% of its net assets (along with any borrowed money) into a portfolio of investment-grade, variable rate instruments that are U.S. dollar denominated and U.S. issued. These include floating rate U.S. Treasuries, government-sponsored agency mortgage-backed securities, U.S. agency debt, structured securities and floating rate investment-grade corporates.

The other 20% is invested in non-investment-grade securities. Overall, VRIG’s portfolio has the indications of being a low-risk portfolio since the majority of its assets are in AAA, AA or A backed securities. Plus, there are no assets invested in what have been popularly called “junk bonds.”

As a result, some of the fund’s holdings are in U.S. government bonds, Structured Agency Credit Risk Debt Notes, Invitation Homes, Freddie Mac MACS, Athene Global Funding, Federal Home Loan Mortgage Corporation and PHEAA Student Loan Trust Series. However, the investment in student loans could be a source of potential trouble to come.

With the comparatively recent news that student loan debt has surpassed credit card debt for the first time and the Democratic Party has pledged to abolish all student loan debt if it regains power in the 2018 mid-term elections, such debt obligations are increasing in risk for investors.

Furthermore, while VRIG does invest in other countries around the world, it disproportionately invests in the United States at 89.74%. The fund invests much less in countries such as Japan, with 2.29% of the portfolio, the United Kingdom, 2.11%, and Switzerland, 1.86%, meaning VRIG is geared towards investors seeking exposure to U.S. debt securities.

Here, it is also important to note that the fund currently has $425.19 million assets under management, has a $3.10 million average daily trading volume and has an average 60-day spread of 0.04%. It also has an expense ratio of 0.30%, meaning that it is relatively cheap to hold in comparison to other exchange-traded funds. 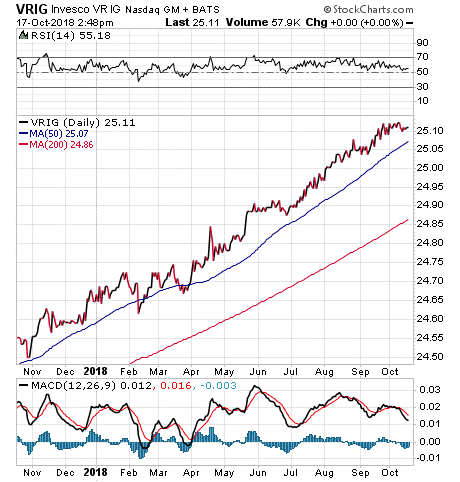 In short, while VRIG does have several advantages over some of its peer funds, it’s not without some considerable risks. Interested investors should to their due diligence to decide whether the fund is suitable for their portfolios.

share on:
Exclusive  Bet on Health with This Cap-Weighted Fund