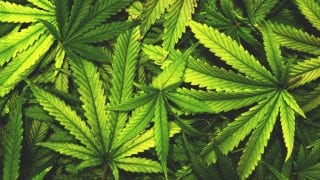 Investors may be impressed with PepsiCo.’s move to gain more than $1 million in tax incentives to build an aquifer-direct water supply system in Genesee County, New York, to team up with European company Theo Muller Group to sell premium yogurt products in the United States. However, Sen. Tom Coburn, R-Ok.), is questioning why federal money should be used to aid a profitable corporate giant.

Sen. Coburn described the government assistance for PepsiCo as “corporate welfare” in an oversight report called “Wastebook 2012.” He identified the federal help as one of 100 questionable projects that show examples of “ mismanagement, wasteful spending and special interest deals” that typify missed opportunities for the federal government to assist those truly in need.

The merit for PepsiCo to receive the tax break seems highly questionable, Sen. Coburn said. The rationale behind the U.S. Department of Agriculture (USDA) and the Department of Commerce spending more than $1.3 million to help global snack food behemoth is especially perplexing with the federal debt approaching $16 trillion.

PepsiCo delivered “solid top- and bottom-line growth” in 2011, according to a statement from its Chairman and CEO Indra Nooyi when the company released its financial results on Feb. 9. The company earned 2011 profits of $6.46 billion, or $4.05 a share, and produced revenues of $66.5 billion.
“PepsiCo has great brands and strong brand-building capabilities, innovative products and tremendous global reach, advantages we will continue to build upon,” Nooyi announced when the company reported its year-end and fourth-quarter results for 2011.

Its partner, the Theo Müller Group companies, is not a fledgling start-up either. The Theo Muller Group generates annual revenues of approximately $5 billion and has nearly 21,000 employees.

The federal money helped Pepsi Co build its new Muller Quaker Greek yogurt facility, with the Department of Commerce’s U.S. Economic Development Administration providing a $1 million grant to construct an aquifer-direct water supply system, since municipal water is not optimal for making yogurt products. The U.S. Department of Agriculture (USDA) chipped in by having its Rural Business Enterprise Grant program give $199,821 to help fund a new access road into the office park. The USDA also provided $105,500 to upgrade a pump station to enhance the plant’s wastewater system capacity.

PepsiCo, known for its cola and snack foods such as Cheetos and Doritos, is tapping the federal funds to attract increasingly health-conscious consumers.
The federal government’s corporate assistance to build infrastructure at the company’s more than 350,000-square foot facility gives PepsiCo a financial advantage in seeking a share of the growing U.S. yogurt market. Nor is there a shortage of existing yogurt makers in New York State, with 29 other yogurt plants operating there. Last year, the companies collectively produced 530 million pounds of yogurt, up 43% from the previous year.

“Considering the company’s billions of dollars in annual profits and the plentiful demand for the Greek yogurt nationally, PepsiCo clearly does not need handouts from the government to subsidize its private business,” Sen. Coburn stated in his report.

In contrast, entrepreneur Hamdi Ulukaya founded Chobani in 2005 to make premium yogurt made with all-natural ingredients. The start-up upstate New York company has grown from five employees and one truck of milk a day to more than 1,200 workers and three million-plus pounds of milk each day. Chobani’s products not only are available throughout the United States but also in Australia and Canada.

“We did not receive any funding from the Department of Commerce’s U.S. Economic Development Administration,” a Chobani spokeswoman said.
Put personal political affiliation aside, Sen. Coburn wrote, and ask, “Would you agree with Washington that these represent national priorities, or would you conclude these reflect the out-of-touch and out-of-control spending threatening to bankrupt our nation’s future?”

State and local officials seeking to create jobs took a different view of PepsiCo’s choice of its New York location for its new plant.

New York’s Democratic Gov. Andrew Cuomo joined PepsiCo Chairman and CEO Indra Nooyi and Theo Müller Group CEO Heiner Kamps in the Genesee Valley Agri-Business Park on Aug. 2 to celebrate construction of the new yogurt manufacturing facility, which PepsiCo reported in a press release would be one of the country’s largest yogurt manufacturing plants and ultimately lead to the hiring of more than 180 employees in upstate New York.

“We are most grateful to Gov. Cuomo for his critical leadership role, and the local, state and federal officials like Sen. Schumer, Sen. Gillibrand and Congresswoman Hochul for their assistance in making this new venture possible,” Nooyi said in the Aug. 2 press release to recognize the Democratic lawmakers for their assistance. 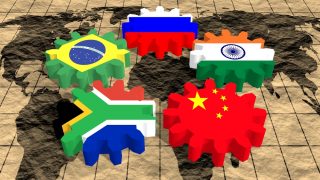 Introducing a Commodity Fund for Diversification

Sign of the Apocalypse? Beer Sales Down in Europe; More Beer Bashing: Carlsberg Fingers Russia for Declining Sales; The Calm before the Storm: Fed Minutes Go out at 2:00 p.m.

PowerTalk: Abe’s Market — More than the Intersection of Amazon.com and Whole Foods