Old Cannabis Has Crashed, Time for the Second Wave

Canada has legalized cannabis from coast to coast. In the United States, three additional states just voted to relax their regulations, opening up another 20 million potential consumers while tipping Attorney General Jeff Sessions, one of their greatest detractors in Washington, out of power.

While it should be a golden age for green boom investors, other sectors remain struggling in 10 percent correction territory and the major cannabis stocks have crashed.

Far from generating endless wealth for early-stage shareholders, these three stocks have shifted hard into reverse, with close to $30 billion in capital evaporating in a handful of weeks.

Their promise wasn’t all hype. Take Aurora, for example. We just found out that production doubled quarter to quarter to ensure that Canadian retailers will have what they need. That’s spectacular growth, the kind of exponential expansion that drives the hottest stories in Wall Street history.

As companies and as an industry, they have fantastic prospects. It is just the stocks that haven’t added up the right way. That’s right, I’m bullish on cannabis. I’m not a fan of the stocks everyone reaches for when they want exposure to the theme.

After all, there are better ways to play the boom. I unveiled several a few weeks ago at the Marijuana’s Second Wave Summit. (You can still download the video here for a limited time.) On the whole, I’m pleased with how my recommendations are set up to make money as the industry evolves.

My recommendations are not the growers and distributors everyone thinks about. They’re niche players that provide the tools and organizational support that these companies need to survive in their unique regulatory environment.

But before I discuss what the investors who attended the Summit already know, I’d like to spend a little time talking about why the first wave of cannabis stocks crashed.

Exclusive  Wilbur Ross’ Shipping Bet Breaks Out to the Upside

It’s just that too many suppliers are chasing a relatively fixed consumer population. Each one wants to capture a bigger share of the market in order to scale up, pay off start-up costs and outflank its competitors.

Every bud they harvest floods the market. Consumers love it. Cannabis retail prices in Canada are down 10 percent over the past year.

We saw the impact of this with Aurora’s numbers on Nov. 12. Production capacity is up 126 percent in the last three months, which would be great if retail demand had also doubled over that period.

That’s a big bet to make. We know Canada probably will consume about 2.2 million pounds of cannabis a year, but half of that will stay off the regulatory grid where we can’t legitimately invest in it.

The other half lines up nicely with what companies like Aurora already supply. As of yet, there’s no sign of massive shortages. Dispensary shelves aren’t bare.

And until we see demand spiking past sources of legitimate supply, companies like Aurora are only grabbing competitive territory as they build new greenhouses. They’re flooding the market.

I’m not picking on Aurora but the math is revealing. You’ve got a company here that’s one of the biggest and most dynamic players in one of the hottest markets on earth, but its unit sales numbers are going down faster than Apple (NASDAQ: AAPL) iPhone forecasts.

Cannabis production climbed 126 percent quarter to quarter. Sales climbed 50 percent in response. Pound per pound, the company accepted 35 percent less for its product than it did just three months ago.

Over the past year, the math gets worse, with production quadrupling — normally a good thing — while revenue is only projected to climb 260 percent. Once again, Aurora is practically dumping as it grows. While consumers may be cheering, investors need proof that there’s a future beyond big suppliers racing to the bottom.

That’s where the weight of investor cash crowding into the theme becomes an anchor around shareholders’ necks. A stock like Aurora is priced for hypergrowth on the horizon. Everyone wants a taste of the story. Nobody wants to get left out.

Exclusive  Stocks Bounce Strongly Across the Board

Because this is one of the biggest and most recognizable cannabis stocks, it receives the bulk of the capital. As a result, even after its recent decline, Aurora is priced at 140X trailing sales. Forget about a profit for at least the next year.

Compare that valuation to a more familiar exponential growth story like Amazon (NASDAQ: AMZN), which supports a 4X sales multiple on a good day. If Aurora were priced like Amazon, it would be a $0.20 stock. Tilray would be worth less than $2. Cronos would be $0.20.

Granted, we expect these companies to grow fast into their multiples but stacking them up to Amazon is a tough comparison, especially when we know the legal cannabis market will eventually hit a natural growth wall when everyone who wants to partake is doing so.

As it is, all Canadians and 70 percent of the U.S. population are now eligible to become consumers. There aren’t a lot of huge borders left to cross or off-limits markets to capture.

To justify their peak prices, the big stocks need to multiply their sales by a factor of 10-20 over the next three to four years. If they do it, I’d be thrilled — but I’m not going to hold my breath in suspense either.

Some have steered clear of the cannabis producers over the last few years because the regulatory environment is too nebulous, and the risks are too high. That’s not me. At this point, the long-term regulatory direction is clear. (Although there always may be setbacks.)

What concerns me is that the stocks are too expensive even if they execute perfectly on their growth prospects.

Think about the beverage industry. At this point, every person in North America effectively drinks all the soda he or she wants. The market is saturated. Coca-Cola (NYSE: KO) is going to struggle to grow much beyond its global $35 billion sales footprint.

When cannabis ends up hitting its wall, its growth will stop. That might be five years from now or next month. Either way, when it happens, the big cannabis stocks will look expensive above 7X sales. That’s when the music will stop playing.

It actually is where the music paused a few months ago. Do all the math and Aurora and Tilray and Cronos might have already tested their lifetime highs. In that scenario, there’s still money for nimble traders here, but the long-term ceiling has already been set.

And if I’m wrong, next quarter’s numbers will tell us whether demand is ramping fast enough to smash that ceiling. Until then, I’d rather recommend companies that are actually priced to give shareholders a reasonable upside.

That’s what my Marijuana’s Second Wave Summit was all about. We talked about the stocks that make money no matter which producer crushes competitors and dominates the low end of the supply chain.

I’m more interested in the next generation of real estate investment trusts that are forming to build the greenhouses and lease them back to the growers. We talked about one at the Summit. It is up 16 percent in the last two weeks and you know how rough the markets have been over that time-frame.

There are banks that have developed services for the cannabis industry. Biotech companies are looking to tag each bud to eliminate theft, strain piracy (it exists!) and other compliance challenges. New pharmaceutical products have been developed out of the active constituents of this notoriously mood-altering plant.

These companies don’t grow the plant. They leave that struggle to the emerging giants. If that’s the “green” equivalent of the California Gold Rush, these are the companies that make and sell the picks and shovels, all the tools that the growers need.

You probably haven’t heard of them. They don’t move the market. But that’s to our benefit.

P.S. Good news for Trading Desk readers: If you missed out on Marijuana’s Second Wave Summit, we’ve arranged for a special re-broadcast of this Big Event. In it, you’ll learn all about the three S.W.A.P. stocks I’m recommending for capturing the biggest “second-wave” gains in the marijuana mega-trend. Please note, we’ll be taking the Summit offline soon, so I highly suggest watching it now. Follow this link to get started. 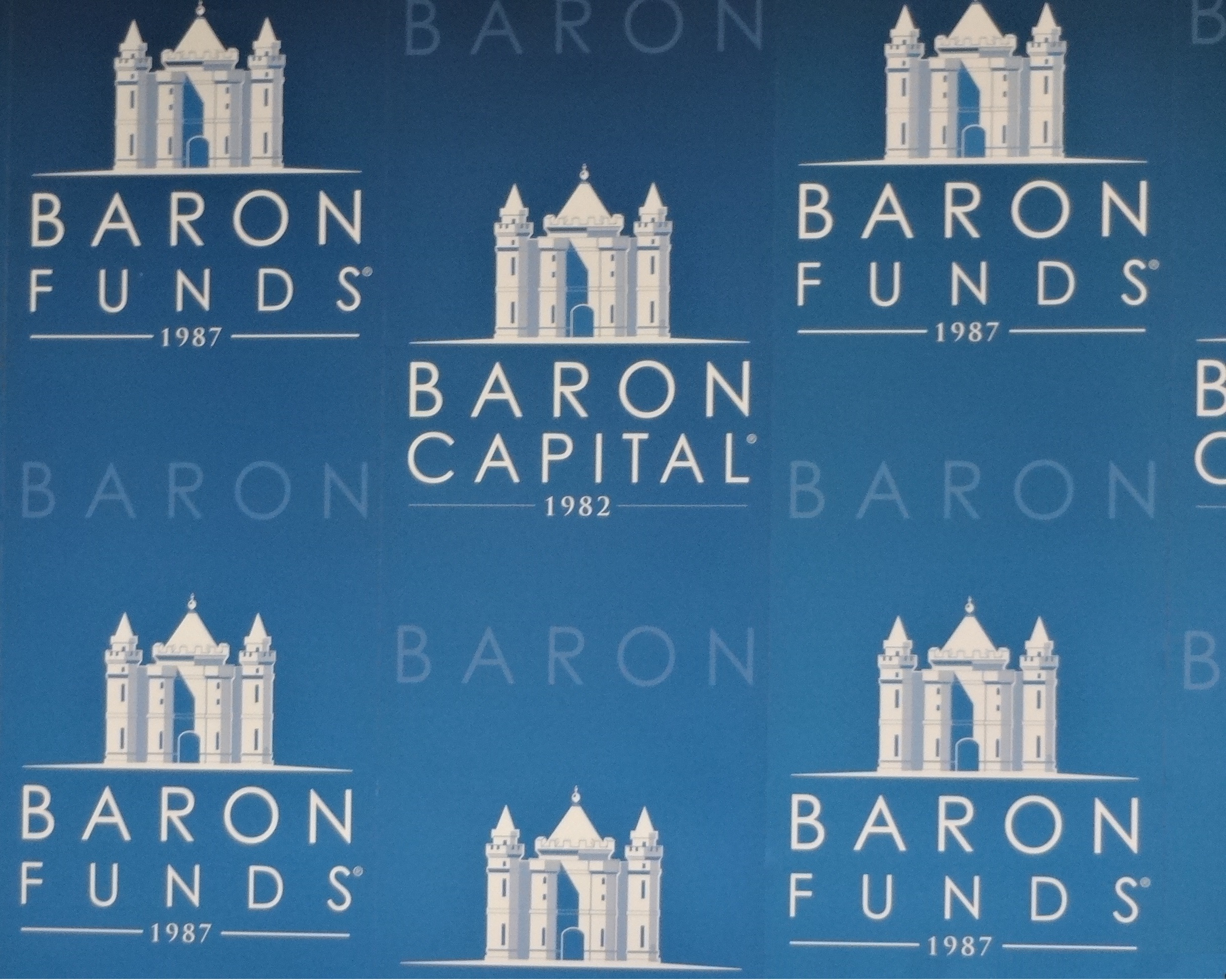 A Tale of Two Conferences: New Orleans vs. New York

Exclusive  Moving Back into the Mother of All Blue Chips