The Yield Curve Rocks Stocks but Follow the Fed 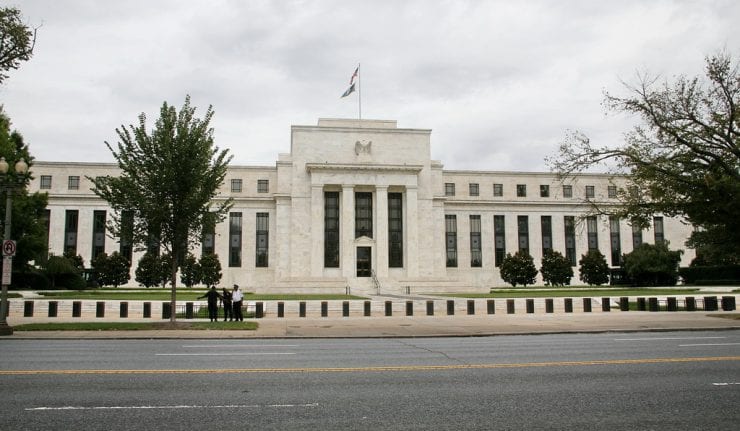 We’ve all heard a lot of talk this week about Treasury yields setting off a recession. I can confidently say that the immediate threat is exaggerated.

After all, I’ve lived through partial inversions that took years to turn into recessions, making lots of money in the market along the way. Most of us have.

I’m talking about the great bull run of the late 1990s, when the S&P 500 soared 60 percent in a little under three years and negotiated inverted conditions practically every day.

We just didn’t pay much attention at the time because we knew that Alan Greenspan had his eyes on the ball. At the time, the Federal Reserve wasn’t a static force as it played an active role in steering the economy.

And while a lot of things have changed since the 1990s, the Fed is still watching. When Chairman Jerome Powell sees credit conditions twisting, he can and will tap the brake.

Cut Through the ‘Curve’

Since lenders normally accept lower interest payments on shorter-term debt and demand higher yields as the timeline stretches out, the relationship between maturity and yield is the curve.

Weak spots on the curve can show us when institutional investors expect stocks to under-perform bonds. Right now, for example, Treasury notes that mature in 2020 carry exactly the same yield as those maturing in 2023.

That’s the inversion and it’s also historically where a recession occurs. As the economy gradually weakens, the weak spot moves closer until we know that the short-term Treasury paper is the only place to hide.

Needless to say, we’re years from the inversion point now. And from my vantage point, while an inverted curve is more ominous than one that’s healthy at every point, inversions come and go.

The curve inverted on Oct. 1, 1997. Much like now, the initial aberration showed up far out on the curve, somewhere between what were then the 2004 and 2007 maturities.

And like now, a lot of people were distracted. After all, we were in the throes of the dot-com boom here at home while emerging markets currencies were crashing.

The fact that the inversion persisted for a few months reflected a sense that the party was coming to an end. After it resolved, it came back and moved in toward what then was the present.

By the end of 1998, the entire middle of the curve had felt the strain. A recession finally followed… more than two years later.

From the initial inversion to the 2000 peak, investors who had bought and held the S&P 500 earned 60 percent. Those who chose to flee to the relative safety of bonds to wait out the economic apocalypse earned 15 percent or just 8 percent after inflation.

I bought a lot of high-growth stocks at the time. The most conservative of them doubled or tripled in value by the time it was clear that the boom was over. Even after the crash, we were still ahead.

Then, when the entire market dropped in 2000, we rolled the proceeds into deep value, and locked in a dividend income at a once-a-decade discount.

But we couldn’t have done it if we were afraid of the curve. And that’s the secret of the dot-com boom: we knew that the Fed wasn’t all powerful, but we were confident that Alan Greenspan would use every tool in his arsenal to fend off a true disaster.

And money kept pouring into stocks, draining capital out of the bond market and helping cushion the curve. Ultimately, the near end inverted after all and pointed to a recession on the horizon.

It was 2000. Of course, those years weren’t a straight line to glory, but they weren’t an instant disaster either.

They looked a lot like how everyday life in the market looks like. It is a story full of triumphs and setbacks. Jerome Powell was there, too. He remembers what it was like.

Like Greenspan, he’s not going to let the economy melt down without a fight.

I don’t like to time the market because if you’re too worried about gaming your entry or your exit, you’ll miss the entire ride.

The only exception is Turbo Trader, where the goal is to buy great stocks as close to the bottom as we can and sell within sight of the top.

Right now, all stocks look dismal. Nearly half the S&P 500 is in confirmed bear market territory and another 20 percent of the large caps have at least corrected.

Down among the small caps, the numbers are grimmer but that’s where we see signs of life. Money isn’t leaving the market. It’s rotating into companies overlooked during the last few years.

These are the companies I seek out because they have the potential to outperform the giants. But even the giants don’t look bad right now. Growth across the market next year is still tracking above 8 percent.

That’s a comedown from the 13 percent we expected back in September (not even three short months ago) but it’s far from an instant bear market trigger.

Remember, earnings aren’t showing any signs of dropping like they did in 2008 and 2009, so there’s no reason for stock prices to fall in line with deteriorating fundamentals.

All we’re seeing is unusually high growth (thanks to tax relief) revert to a more sustainable expansion. These are the kinds of numbers that drive the S&P 500 up 10-20 percent in a given year.

Numbers like these fed the rally in 1997 through 2000. We didn’t mind it then. So, buy your favorite stocks, whether that’s Apple (NASDAQ:AAPL) in bear market mode or Goldman Sachs (NYSE:GS), which is down 33 percent and trading below book value.

And if you have a reason to sell, let me know.