No Quick Fix for What the Market Struggles With 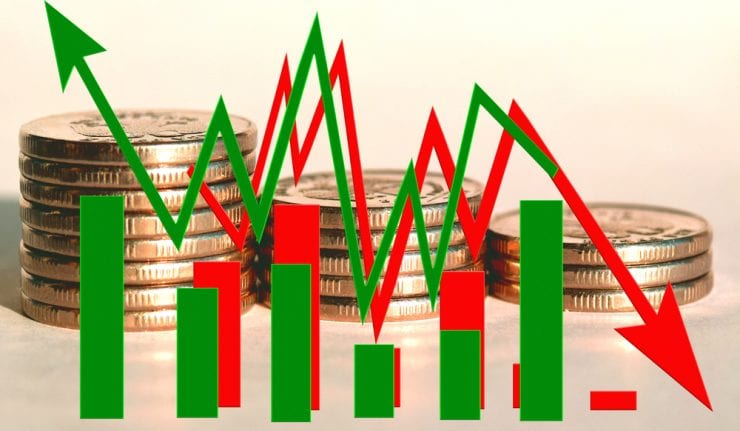 This past week, the extreme level of market volatility painted a pretty clear picture of some glaring flaws in both the Fed’s fiscal policy and the way the Securities and Exchange Commission (SEC) is allowing the stock market to morph into a financial Wild West.

The number one news story being read and circulated after Friday’s closing bell was the interview JPMorgan’s quant analyst Marko Kolanovic gave where he says, “To some extent, we trace the disconnect between negative sentiment and macroeconomic reality to the reinforcing feedback loop of real and fake negative news.” Kolanovic cited a combination of domestic political groups, analysts and foreign actors who are amplifying negative headlines to sow discord and erode faith in markets.

There are “specialized websites” that present a blend of real and fake news, as well as distorted write-ups of financial research, Kolanovic said, without citing the specific sites.

“If we add to this an increased number of algorithms that trade based on posts and headlines, the impact on price action and investor psychology can be significant,” Kolanovic said.

So, let’s assume Mr. Kolanovic is right and this activity has been going on for months, if not years. Has anyone or any regulatory body (aka — the SEC) intervened and come up with a formidable solution to counter this wretched phenomenon? No. And why not? I don’t have the answer to that. While everyone is making these headline/key word forms of algorithm-induced manipulation that incite high-frequency front running, there is no mention from all the “smartest guys in the room” on what to do about it.

While one pundit and portfolio manager after another is trotted out onto CNBC, Bloomberg or Fox Business to openly complain about this dilemma, they offer no remedies and yet remain fully invested, as if this problem will somehow disappear into thin air. It’s a bit surreal and naïve to surmise that somehow, rational and logical thinking will be restored to bridge the “yawning chasm between the real U.S. economy and how markets are behaving” as Mr. Kolanovic so correctly stated.

If short-sellers and high-frequency front-running proprietary trading firms are raking in hundreds of millions of dollars from this activity, why stop now when there are no checks or plans of any check to be put in place? Hedge fund manager Leon Cooperman gave an interview last Thursday on CNBC where he called for the re-instatement of the Uptick Rule that was eliminated in July 2007 — right before the S&P plunged 35% in 2008 with short-sellers leading the way.

The SEC’s Office of Economic Analysis established a pilot program in 2004 to determine whether the Uptick Rule was still effective. In doing so, it suspended the Uptick Rule for one-third of the stocks in the Russell 3000 Index while maintaining the rule for the remainder of the stocks. In doing so, it was able to compare results from two groups of securities under identical market conditions — one group for which the Uptick Rule was suspended and one group for which the rule was upheld.

Results from that pilot program demonstrated that although the elimination of the Uptick Rule increased the volume of stocks that were shorted, it did not increase the overall short interest in a security. And since the interest in shorting a particular security remained undiminished, the study concluded that the Uptick Rule had no real ultimate impact. Following the results of this study, the Uptick Rule was repealed in 2007.

The SEC concluded, “The general consensus from these analyses and the roundtable was that the Commission should remove price test restrictions because they modestly reduce liquidity and do not appear necessary to prevent manipulation.” In 2004, the Russell 3000 gained 10.4%, meaning this study was conducted in an up market and was thereby not stress-tested by any means.

Since the elimination of the Uptick Rule and the subsequent financial crisis of 2008-2009 and the several flash crashes since Wall Street veteran and financial sage Muriel Siebert, former SEC Chairman Christopher Cox, the late Senator John McCain and former Fed Chairman Ben Bernanke have all argued to restore the Uptick Rule. On January 20, 2009, Congressman Gary Ackerman (D-NY) received a letter from Chairman Cox — written the day he left the SEC — in which Cox said he supports the reinstatement of the Uptick Rule.

The letter reads, “I have been interested in proposing an updated uptick rule. However, as you know, the SEC is a commission of five members. Throughout 2008 there was not a majority interested in reconsidering the 2007 decision to repeal the Uptick Rule, or in proposing some modernized variant of it. I sincerely hope that the commission, in the year ahead, continues to reassess this issue in light of the extraordinary market events of the last several months, with a view of implementing a modernized version of the Uptick Rule.”

That was 10 years ago and here we are today dealing with wild market gyrations with no guardrails in place. Fake news can’t be fixed, but much can be done to fix the volatility borne out of algorithmic trading.

My other great concern, while not a certainty, is that even if the Fed were to pause its planned policy course and stop raising rates, it cannot undo the economic damage that may already have been done. Monetary policy errors are never obvious when they are made, but are unfortunately only realized with the passage of time.

Historically, there has been a lag period of between eight to 12 months of when an interest rate hike takes place and when its effects upon the overall economy are fully felt. Therefore, of the Federal Reserve’s eight rate increases during this tightening cycle, the cumulative economic impact of the last four have yet to be fully measured. For investors, these potential policy miscalculations have unwittingly and significantly increased the perceptive risk of a recession within the next year and a half.

The current investment outlook will remain very fluid as there is the very real possibility that positive developments and events could be either realized or achieved before year’s end. Any resolution of the ongoing trade and tariff dispute with China or a signal from our central bank that there could be a pause in its planned rate hikes would easily trigger a significant and broad-based market rally.

While it is always easy to paint any investment outlook with the broad-brush stroke of being overly positive or negative, the reality of how and where we choose to invest is actually much more nuanced. Prudently navigating this ever-changing economic landscape is the byproduct of the Fed’s monetary policy which is to promote maximum employment (done), stable prices (done) and moderate long-term interest rates (done). As Dallas Fed President Robert Kaplan stated last Thursday, “One of the key tools we have as the Central Bank is patience and I think we ought to be using that tool.”

The best outcome the market can hope for is for the FOMC meeting on Dec. 19 to be brief and accommodative. Based on the full interview Kaplan gave to CNBC economist Steve Liesman that revealed a tone of genuine caution, it’s not by any means too late to do nothing. And nothing is exactly what the Fed should do.

In light of this very tough investing landscape where volatility is exaggerated, a conservative covered-call strategy can keep one’s capital working overtime, generating immediate income from inflated option premiums. Capital flows are aggressively moving into the most trusted big-cap technology, pharmaceuticals, telecom and other safe-haven stocks. The flight to quality is very pronounced with no signs of letting up.

My Quick Income Trader advisory service owns between five and seven blue-chip stocks where we sell one-to-three month out-of-the-money covered calls against those positions, producing a very attractive income stream while being invested in the best of breed stocks for when the market eventually turns higher. Take a tour of Quick Income Trader by clicking here to see how managing through the market’s correction with a well-defined and well thought out income strategy can make a huge difference by simply taking the buy-and-hold approach.

I just gave a comprehensive interview with Heather Wagenhals of Unlock Your Wealth Today that goes into my income strategies in depth. I encourage you to listen to the interview by clicking this link: www.unlockyourwealthtoday.com.

Take some time to put a smart income plan together for 2019 and give your pension plan a big raise by putting to work a simple and lucrative covered-call strategy such as that executed in Quick Income Trader. Make a meaningful difference in your income this holiday season and do it with the click of a mouse to this link.

Orlando MoneyShow, Feb. 7-10, Omni Orlando Resort: I invite you to attend the Orlando MoneyShow, where I will be a featured speaker. Other speakers include Hilary Kramer, Mark Skousen, Mike Turner, Louis Navellier, Steve Moore and many others. Tickets are complimentary if you use my priority code of 046910. Call 1-800-970-4355 and be sure to mention you are one of my readers. Remember, use my priority code of 046910. 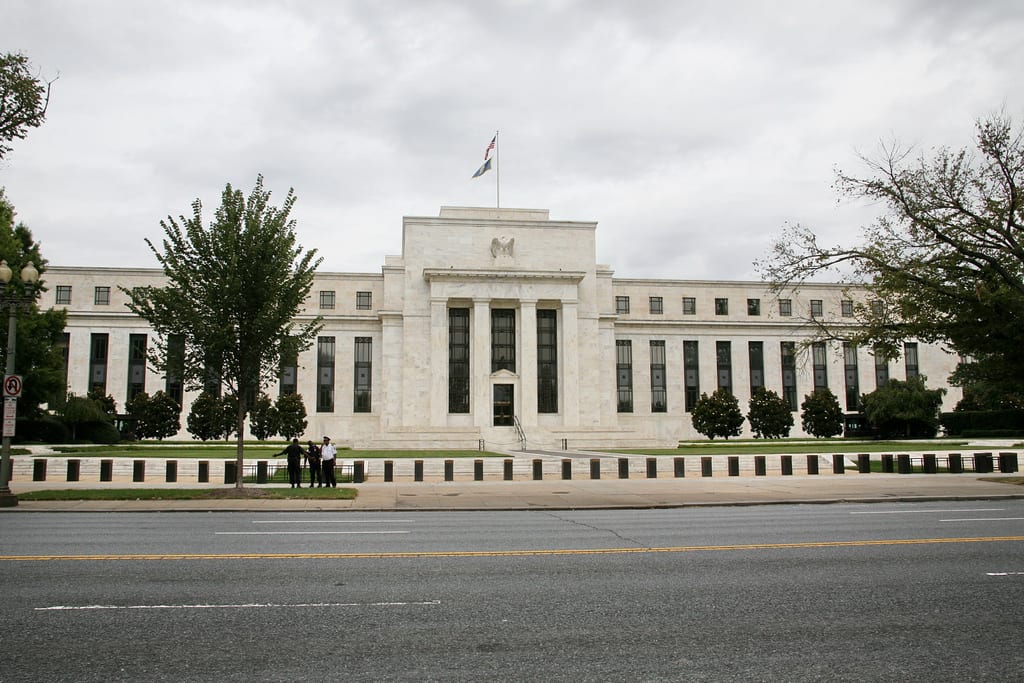 The Yield Curve Rocks Stocks but Follow the Fed

Investment expert Hilary Kramer discusses the role that the Federal Reserve will play in influencing the stock market yield curve in the coming months.