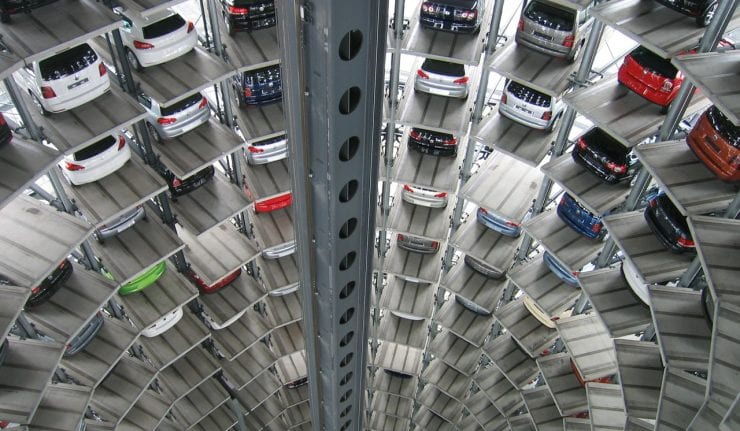 Auto industry stocks are showing vulnerability to activist politicians who can rattle the markets and hurt the share prices of public companies with threats to enact policies that would thwart management teams seeking to maximize shareholder value.

General Motors Co. (NYSE:GM) is one of the auto industry stocks that pulled back in November, after incurring the wrath of President Trump and members of Congress by announcing plans to cut jobs and potentially close six U.S. factories. President Trump indicated GM’s actions could trigger a federal review of any subsidies that the company is receiving.

The U.S. government is helping all auto makers that build electric vehicles by offering buyers a tax credit of up to $7,500. The subsidy soon will expire for Elon Musk-led Tesla Inc. (NASDAQ:TSLA), which has sold the most electric cars in America and is nearing its 200,000-electric-vehicle limit for tapping the U.S. government subsidy. 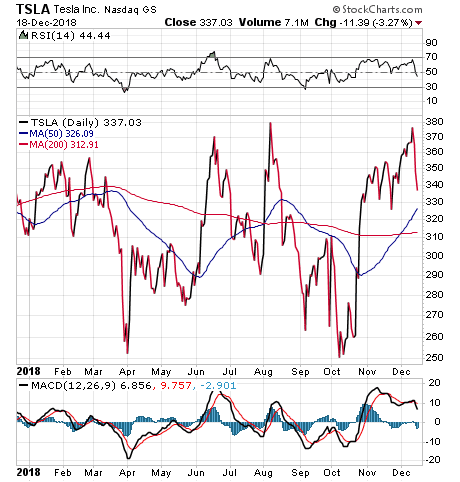 However, GM, Ford and other electric car automakers have been making business decisions based on the availability of the subsidy for their prospective customers. The tax credit will be available until 200,000 qualified electric vehicles have been sold in the United States by each manufacturer.

At that point, the credit begins to phase out for that company. GM’s stock price slid when President Trump spoke of reviewing existing subsidies.

General Motors drew sharp criticism in late November when it announced plans to cut up to 14,000 jobs, to eliminate six car brands by year-end 2019 and to save or trim a combined $10.5 billion as the company shifts its focus to self-driving and electric vehicles. GM, still profitable after receiving $11.2 billion in financial assistance from the federal government to emerge from its 2009 Chapter 11 bankruptcy, is insisting that the cuts need to be pursued before the cyclical industry’s next downturn. 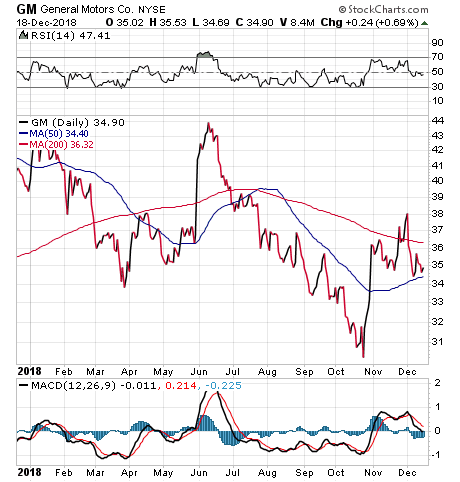 GM and Ford Motor Co. (NYSE:F) also are among U.S. auto makers whose business has been hampered by tariffs imposed on imported vehicles and parts by the U.S. government as part of its negotiations to obtain concessions aimed at reducing trade barriers for U.S. exports. The Trump administration is particularly focused on China, hoping to stop the theft of intellectual property from U.S. businesses.

The auto industry is among those that recently gained a reprieve when President Trump and China’s President Xi Jinping agreed to a 90-day delay in any further tariffs to allow progress in negotiations between the two sides. Meanwhile, stock markets in both the United States and China have been pulling back amid the uncertainty about resolving the trade war and new data about slowing economic growth.

Ford and Volkswagen have confirmed they are seeking to form an alliance to combine their investment in new initiatives that would allow them to share the technology and development costs. However, Ford’s share price has fallen in recent months as it seeks to restructure its operations, end the production of various car models and focus on manufacturing SUVs, pickups and trucks. The exact impact of the trade tariffs on Ford is difficult to quantify, but it is a safe assumption that they have not helped the manufacturer or provided any support to ifs flagging share price. 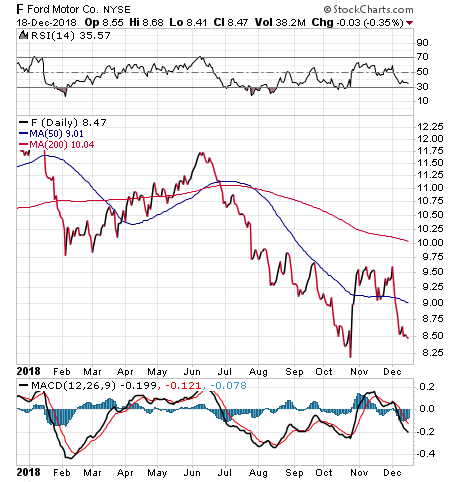 GM’s November announcement of job cuts managed to unite Republicans and Democrats in Washington from states such as Michigan, Ohio and Maryland, where factories may close amid the company’s goal of developing next-generation battery-electric vehicle architectures.

The elimination of four full-size car brands and the preservation of all of GM’s crossover vehicles, pickups and sports utility vehicles (SUVs) reveals what GM’s management views as expendable. The plans also highlight the vehicles its leaders expect to aid the company’s growth in the years ahead.

“These actions will increase the long-term profit and cash generation potential of the company and improve resilience through the cycle,” GM’s Chief Executive Officer Mary Barra explained in a statement. She also announced that thousands of workers may be offered the chance to relocate to take jobs at other GM factories that may need additional help.

GM and the United Auto Workers have a contract that requires negotiating if the company plans to close any U.S. factories. Thus, the UAW could refuse to reach a new collective bargaining agreement next year when the current deal expires and possibly call for a nationwide strike to pressure GM into reducing job cuts. Such a strike could stop production of profitable pickups and SUVs that otherwise would help to fund development of autonomous and electric vehicles.

Auto Industry Stocks Struggle but Parts Supplier Gains Dr. Mark Skousen’s Five Star Trader advisory service recently recommended an auto parts supplier that has risen in price while the market has dropped. Demand for used cars and replacement parts has increased steadily, leading to his recommendation of the parts supplier in his Five Star Trader, which uses a five-part stock screening process.

“Auto stocks, both U.S. and foreign, have fallen sharply as demand for new cars has leveled off in the face of new competition from Uber and Lyft and millennials driving less,” Skousen explained to his subscribers.

The supplier provides parts for automobile markets in the United States, Canada, Mexico, Europe, the Middle East and Australia. Institutional investors that are investing in the stock include Chuck Royce, Third Avenue Management, Murray Stahl and Paul Tudor Jones. The new recommendation is available only to his subscribers.

Hilary Kramer, a seasoned Wall Street professional who leads investment advisory services that range from Value Authority to Turbo Trader, said a global enterprise like GM is affected by subsidies and the tax code, which give the government hefty influence on the company. However, the government does not control consumer demand.

Rolling back federal emissions and fuel efficiency standards might help in the long run, but for an operation the scale of GM, it’s going to take years to retool the manufacturing process, Kramer said.

“To change the company’s behavior now, you’ve got to offer something that makes shareholders happy now,” Kramer added. “That’s probably a consumer-side incentive, a protect American jobs tax credit or whatever your policy team comes up with. Give consumers a reason to buy the cars that keep the plants running and people employed.”

“Take away incentives like the plug-in car subsidy that made GM $1.5 billion over the past decade, and GM will just stop making electric cars,” Kramer speculated. “What these companies all want is clarity on fuel prices and the policy road map ahead. Once they get that, the management teams are smart enough to adjust their plans when circumstances change, capturing emergent opportunities and avoiding obstacles.”

Elected officials, including Rep. Debbie Dingell of Michigan, are leading the call for GM and other auto makers to preserve U.S. jobs. She joined with other lawmakers in sending a letter to President Trump asking for his involvement in finding a solution for the workers, the communities and the company. The irony is that Rep. Dingell previously represented GM in Washington, and now she is among those who have become its most vocal critics as a Democrat from an auto-producing state.