Why I Tore up My Medicare Card

I just returned from the famed New Orleans conference (www.neworleansconference.com). I’ve been speaking there since the late 1970s, and I am considered a conference veteran.

In the early 1980s, I burned my Social Security card in protest of the defective state pension system. (See photo.)

This year, I reached the age of 65, and I decided to tear up my Medicare card in protest of the defective state medical program. (See photo.)

Both programs are going bankrupt within 20 years and will require major reforms.

The Austrian economists know that there is no free lunch when it comes to government programs and stimulating the economy with easy money or deficit spending. Somebody has to pay the price.

I moderated two panels — one on global investing (Dennis Gartman, Marc Faber, Frank Holmes and Adrian Day) and the decline of Western civilization (Doug Casey, Peter Schiff and Marc Faber). The latter is supposed to be on Youtube shortly — it was rated the best panel of the conference.

Commodity trader Dennis Gartman was short-term bearish both on stocks and commodities. He pointed out that the monetary base has been flat or negative since March, which means that the economy and investment assets are likely to decline in value.

But I pointed out that the broader-based money supply (M2) is now growing at a 10% clip, which is short-term bullish. Gartman admitted that he is baffled by the contradiction between the monetary base and the broad-based money supply.

Gartman did tell me that he’s quite bullish on my book “The Maxims of Wall Street,” which he keeps on his desk and refers to often. He just ordered a box of 32 copies of the NEW 2ND EDITION to give to friends. “Maxims” has been endorsed by Warren Buffett, Jack Bogle, Alex Green, Barron’s, and many others as an ideal gift and reference work on all the sayings on Wall Street, a treasure chest of worldly wisdom. Maxims normally sells for $24.95, but I’ll offer to sell copies to you, my subscribers, for $20 for the first copy, and all additional copies for only $10 — and I pay the postage. If you order an entire box (32), you pay only $300 postpaid. I’ve gotten tremendous response to this bargain pricing opportunity. To order, call Eagle Publishing at 1-800-211-7661. To buy individual books, mention priority code MAXIMS. To order a box of books, mention priority code MARKB.

Political pundit James Carville also spoke on the upcoming presidential election. He said that right now the polls contradict the prediction models (“the quants”). Most of the polls show Governor Romney ahead and gaining momentum, while the quants expect President Obama to win the election. (Intrade, the political futures market, gives 62% edge to Obama right now!) We shall see in a week who’s right.

In New Orleans, another popular speaker was Charles Krauthammer. He said next week’s election is the most important one in our lifetimes. If Obama gets re-elected, it means we are guaranteed to have European-style socialism.

Finally, I have good news to offer you during what has been a challenging week. With just days to go until the U.S. presidential election, your investments and personal wealth depend greatly on who wins. That’s why my colleagues and I have prepared a special investment report for you, absolutely FREE of charge. It’s called “Eagle’s 2012 Election Guide: 4 Winning Picks for the Next President.” You’ll learn of four investment recommendations for a Mitt Romney win and four plays for a second Obama term. I invite you to sign up to receive the free special report. But that’s not all we’re offering you. The day after the election, on Wednesday, November 7th, 2012, at 2:00 pm ET, join me for a FREE online Post-Election Investing Summit.

You Blew it! Hurricanes Good for the Economy?

Whenever a natural disaster hits, there always are pundits arguing that destruction is good for the economy, whether it be a hurricane or a war.

Frederick Bastiat exploded this myth over 150 years ago when he wrote a little essay, “What is Seen and What is Not Seen.” (See “Essays in Political Economy,” 1850). He called it “the broken window” fallacy. He stated, “There is only one difference between a bad economist and a good one: the bad economist confines himself to the visible effects; the good economist takes into account both the effect that can be seen and those effects that must be foreseen.”

A century later, Henry Hazlitt wrote a whole book on the subject, “Economics in One Lesson” [click here] to order from Amazon. The one lesson: “The art of economics consists in looking not merely at the immediate but at the longer effects of any act or policy; it consists in tracing the consequences of that policy not merely for one group but for all groups.”

Granted, business and individuals will have to spend money to repair damaged buildings and other assets. That is what is seen. But what is ignored is the money that could have been spent on other things, like a student’s education, or a breakthrough technology that now has to be postponed. 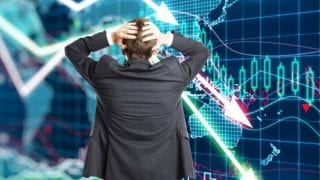 Socialist Democracies Crumbling Across the Pond

This Fund Could Aid the Health of More than a Portfolio