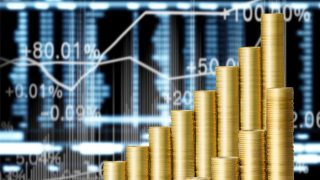 U.S. Stocks Fall as Contested Presidential Election Nears  (Bloomberg)
U.S. stocks fell, paring a weekly gain for the Standard & Poor’s 500 Index (SPX), after better-than-forecast payrolls failed to keep commodity and technology shares from slumping as Americans prepared to pick a president. The employment data was a “good report that was met with some skepticism,” Larry Peruzzi, senior equity trader at Cabrera Capital Markets LLC in Boston, wrote in an e-mail. “This election is still too close to call, so it may be tough to make any bets. Between the seesawing job reports, the too-close-to-call election, mounting damage cost from Sandy and our biggest city at 50%, markets seem to be at a bewildered and confused point.”

What Super Storm? Gasoline Prices Fall (CNBC)
The national average for retail gasoline fell slightly below $3.50 a gallon on Friday for the first time since March 6, according to OPIS and AAA. AAA expects that gas prices across the country will continue to drop through the end of the year, assuming a smooth restart to production following Hurricane Sandy. AAA predicts the national average price of gas could fall to $3.40 a gallon by Election Day and between $3.25 and $3.40 a gallon by Thanksgiving. Gas prices could drop by 40 cents a gallon between now and the end of the year.

Gold Drops of $40, Suffers Fourth Weekly Loss (Marketwatch)
Gold for December delivery sank $40.30, or 2.4%, to settle at $1,675.20 an ounce on the Comex division of the New York Mercantile Exchange after touching a low at $1,674.80. “With the uncertainty of the presidential election looming, gold needed a very bad employment number — something sour enough to cause the [U.S. Federal Reserve] to ramp up its [quantitative-easing] operations, ” said Brien Lundin, editor of Gold Newsletter. “While the jobs data wasn’t spectacular, it certainly wasn’t bad enough to elevate gold, or even keep it where it was.”

previous article
Uncertainty — The Ultimate Enemy, Not a ‘Scam’

Ask about the biggest obstacle to growing businesses and hiring more workers, and the overwhelming response will be “uncertainty.”