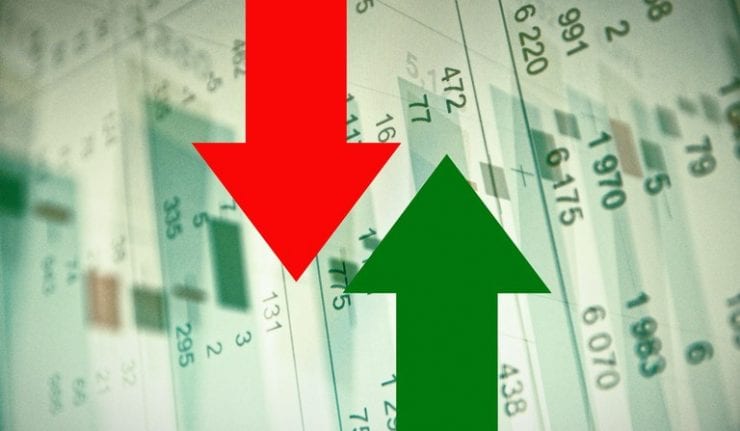 “The market can do ANYTHING.” — Jesse Livermore

“It was the worst of times…and the best of times.” — Charles Dickens

In my entire 40-year career on Wall Street, I’ve never seen anything like it.

On Monday’s shortened Christmas Eve session, we witnessed the worst down market in history. The Dow fell more than 600 points to make for a pretty bleak Christmas.

Then the day after Christmas, we enjoyed the best Boxing Day ever on Wall Street, when the Dow climbed more than 1,000 points.

Jesse Livermore said it best, “The market can do ANYTHING.” And it did!

I’m sure President Trump will take full credit, as he encouraged his followers to be bargain hunters.

I surveyed several veteran investors who are friends of mine, and they all said the same thing — this is one crazy market, and it’s far from over.

The question is, will the turnaround last? Fed Chairman Jerome Powell and President Donald Trump have proven to be Scrooges who stole our Christmas joy and maybe even a prosperous New Year.

When the Fed was cutting rates and President Trump was cutting taxes, the market moved to new highs and extended the bull market beyond 10 years. I called it “The Mother of All Bull Markets.”

Now it looks like the longest bull market in history is in jeopardy; the tailwinds now have become the headwinds in the face of higher interest rates, gridlock in Washington and Treasury Secretary Steve Mnuchin’s call to convene a “Plunge Protection Team” of bankers, the Fed and the Securities and Exchange Commission to calm panicky investors. Talk about a PR blunder.

The Fed announced last week that it was raising short-term rates to 2.5%, and the money supply (M2) is now growing at 4%, its lowest rate in six years. The central bankers’ attitude is, “damn the torpedoes, full speed ahead”, even if it means a negative yield curve and a potential recession down the road.

Their mandate is to “foster maximum employment and price stability.” We are enjoying low unemployment, but that ignores a downward trend in the labor employment rate. And I hardly call 2%-3% consumer price inflation “stable.”

Former Fed Chairman Paul Volcker rightly rejects the current Fed’s inflation targeting goal and the “puzzling” Keynesian rationale that “a little inflation is a good thing.” In his latest book, “Keeping at It: The Question for Sound Money and Good Government,” he recounts that “In the United States, we have had decades of good growth without inflation,” such as the 1950s and early 1960s and again in the 1990s and early 2000s.

Certainly, the prices on the stock exchanges are anything but stable!

President Trump’s “America First” policies also are having a negative effect on the economy and the markets. The trade war with China and the rest of the world is costing us billions.

And I can think of a lot of reasons to shut down the federal government, but building an expensive wall isn’t one of them (illegal immigration has been down 82% since 2000).

Defense Secretary James Mattis resigned after Trump’s sudden decision to withdraw all troops from Syria. The merry-go-round of personnel changes continues at the White House and does not inspire confidence on Wall Street.

Jim Woods discusses an ETF that focuses on emerging markets.