As the noise of the last few months is beginning to recede, it’s becoming clear what the market truly cares about and what’s only a matter of bluff and bluster.

The prospect of slower earnings growth is a real issue as we look toward 2019 and the year-over-year impact of tax relief begins to fade. Highly priced stocks simply don’t deserve the inflated premiums that we’ve been willing to pay in the past.

However, it’s hard to argue that the market is overpriced here as it is at barely 14X earnings consensus. With that math in mind, every stock on the S&P 500 could miss the target by 10 percent and the price-to-earnings calculations wouldn’t look rich by one penny — much less justify any arguments that we’re in a bubble environment.

That kind of collective overshoot on the part of all the management guidance and all the analysts’ forecasts would be an astounding failure of vision. We’re a lot more likely to see surprises on the upside.

But even if an unforeseen shock triggers that 10 percent miss, it’s far from an earnings collapse. All that would happen in that scenario is that the cash flow numbers from last year would repeat themselves.

That’s not a disaster. Indeed, stocks that look cheap as a factor of earnings will be just as inexpensive 12 months from now even if they miss the whisper numbers.

And over the long term, the market loathes a discount. I’ve been working on my investment strategy for 2019 and suspect that traditional “value” stocks will lead the way now that growth is slowing.

Just look at the banks. World-class institutions like Citigroup (NYSE:C) have been beaten down to 7X forward earnings targets and 3.5 percent yields.

That’s a profound value even if you believe that their profitability has stalled. I don’t. I’m still looking for 15 percent growth for big banks like Citi in a baseline environment and maybe as little as 10 percent for JPMorgan Chase (NYSE:JPM) and Wells Fargo (NYSE:WFC).

While Goldman Sachs (NYSE:GS) may be the worst case right now, even there, a zero-growth year is already priced into the stock at a miserable 6X current earnings. And these are just a few of the biggest banks. If you dig deep, you can find smaller institutions with more dynamic growth profiles and often higher current yields that are trading for a similarly depressed multiple.

Under-followed banks are what people who subscribe to my Value Authority trading service seek. I think they’ll be pleased when those valuations finally normalize.

After all, in a market where most stocks are worth 14X earnings, you’ve really got to be in bad shape to stay at 6X forever.

Sooner or later, the beat-up deep value stocks of today will revert to the market average. In a 14X world, that situation means stocks like Goldman Sachs will need to double in the foreseeable future.

And if a 14X world looks overly optimistic to you, value is again where you want to be. These stocks didn’t do poorly at all in the stagnant decade of the 2000s. On the other hand, growth stocks first faltered during the dot-com crash and then had barely recovered their footing when the 2008 recession pushed them down again.

Meanwhile, value recovered from the 2000 bear market so fast that investors really didn’t even notice. And with years of profit to cushion their position, these stocks only suffered half the losses of their growth-driven counterparts during the 2008 plunge.

Growth is fantastic when the economy is humming, and interest rates are low. However, when growth starts getting a little frosty out there, value keeps us warm.

Of course, that’s just the earnings story. What are the other fear factors holding the market back?

While we have to add up all the data points, since a recession could be coming, we’re probably a few years out from a real slowdown (or several months in the case of a true economic shock).

In market terms, that’s practically forever. And until we can see that the environment is cooling, there’s still money to be made from staying in stocks.

You don’t have to chase high-growth returns any more. Buy great companies cheaply and hold on for multiples to recover.

I’m not hearing anything about the federal shutdown. There was a lot of chatter about government dysfunction last week, but it’s completely receded from the market map by now.

People are right to discount the shutdown. While it’s far from fun to deal with reduced government services and for the people in those offices to work without pay, it’s always been more a matter of politics than economics.

I ran the numbers and a shutdown generally costs Wall Street about 1 percent. After that, stocks perform like they normally do and gain 10-11 percent in the following year.

That’s true even when Washington dysfunction is at its worst. When people talk about last week as the most volatile since 2011, they mean the debt ceiling crisis that earned the Treasury its first credit downgrade in history.

While that crisis fed the subsequent shutdowns, the notion of a shutdown causing a downswing on that scale is absurd. Look at the data. The causation goes from dysfunction to shutdown, not from shutdown to dysfunction.

And the market recognizes that. While I hope Congress and those government employees all can get back to work soon, it’s not weighing on Wall Street.

What is having an impact is the shutdown’s shadow on Treasury yields. Whenever the government stops paying its bills, we see the near end of the curve tighten as investors flee any immediate risk.

That tightening on the near end has put pressure on longer-term bonds, but the effects are usually transitory. When the shutdown ends, the pressure will evaporate. 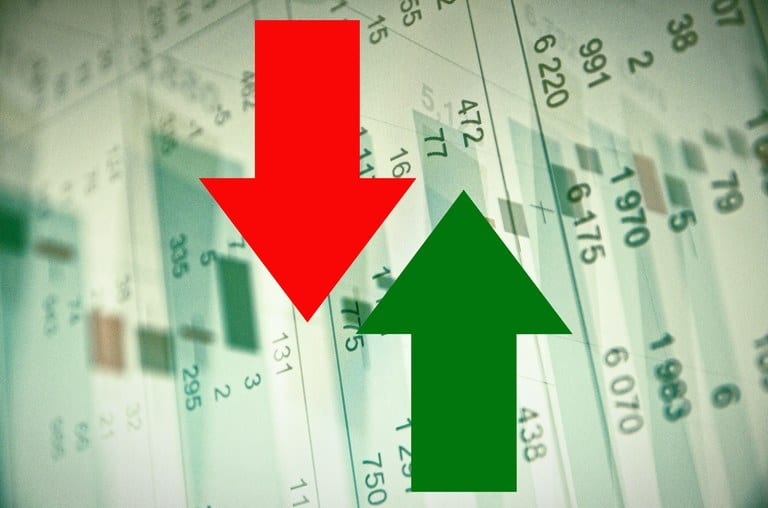