The One Stock to Buy in the Market Correction 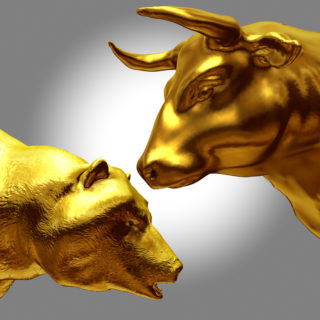 The S&P 500 rallied 5.0% on Wednesday from what many believed to be extremely oversold conditions on a short-term basis.

Amazon announced a record-breaking holiday season, and MasterCard’s SpendingPulse report noted that holiday sales from Nov. 1 through Dec. 24 showed the strongest year-over-year growth rate since 2011. The data also indicated that a new record for dollars spent was set over the holiday season. For traders, the key event was that the S&P 500 found support at its five-year moving average of 2,350. 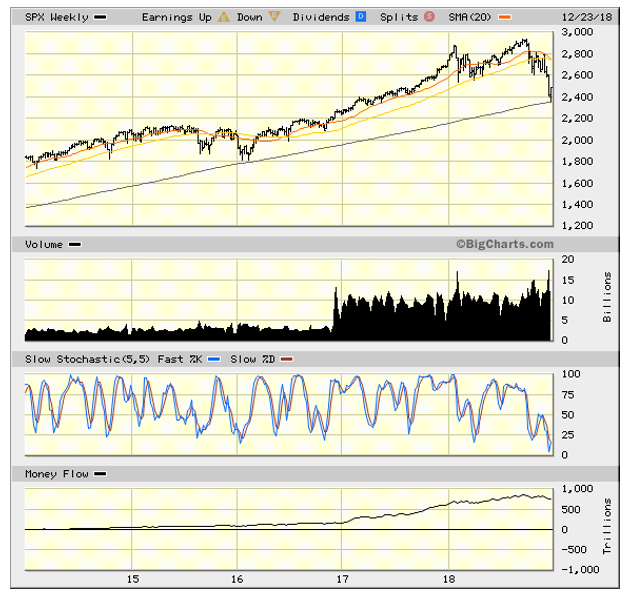 The worst December in history for the stock market has taken a terrible toll on every market-leading stock. However, I believe a bottom has been achieved, as evidenced by the fact that insider buying has surged to an eight-year high. This seems to indicate a true vote of a confidence from those who should know best about the current state of business conditions. Meanwhile, pullbacks should be used for establishing new positions in only the very best blue-chip stocks where sales and earnings are being revised higher — not an easy feat in this market.

One of those stocks to consider buying on dips is Microsoft (MSFT). The stock was the “last man standing” in the tech sector when it closed its 200-day moving average on Dec. 20. Having spent only five days under this key technical level is important as any rebound for the market could be because the stock rose right back up above this trendline and headed higher into earnings season.

The company is a war chest of incredible franchises which include the Windows operating system, Office 365, Skype, Outlook.com, LinkedIn, Azure Cloud, MSN, Bing, Surface PC products and Xbox. Microsoft is winning large government cloud contracts and is gaining fast on Amazon as the global leader in cloud computing.

With a market cap of $752 billion, Microsoft carries the highest valuation of any company in the world and is quite possibly considered to be the most valued high-tech holding by institutional fund managers. In the third quarter, Mr. Softie reported earnings of $1.14 per share versus estimates of $0.96 on a year-over-year 18.5% revenue gain.

By comparison, top-line growth for Q1 2018 was 11.9%, Q2 2018 was 15.5% and Q3 2018 was 17.5%. This is a rare time for investors to buy into Microsoft’s long and stellar history. It is incredible that a company this size is seeing accelerating top-line growth. When a company is hitting on all cylinders to the extent that Microsoft is, market turbulence offers an opportunity to buy the stock at a steep discount with regards to its recent price action.

Shares of Microsoft traded to an all-time high of $116.18 on Oct. 4 and tested $94 on Christmas Eve. The stock has recovered to $100, but has some technical resistance overhead at $103. When that level is cleared, the stock will be back on track to challenge its previous high. Given the high level of near-term uncertainty, investors should have a few chances to buy the stock under $100.

While the past three months have been historically negative, the underlying fundamentals for the market are constructive for equities to recover and move ahead in 2019 — albeit with a higher dosage of volatility for sure. But great stocks recoup their losses because their businesses are strong and the strong not only survive — they thrive when the selling dries up. Set a new resolution for the year ahead. Buy Microsoft (MSFT) and have a Happy New Year.