The China Meltdown Is Here! 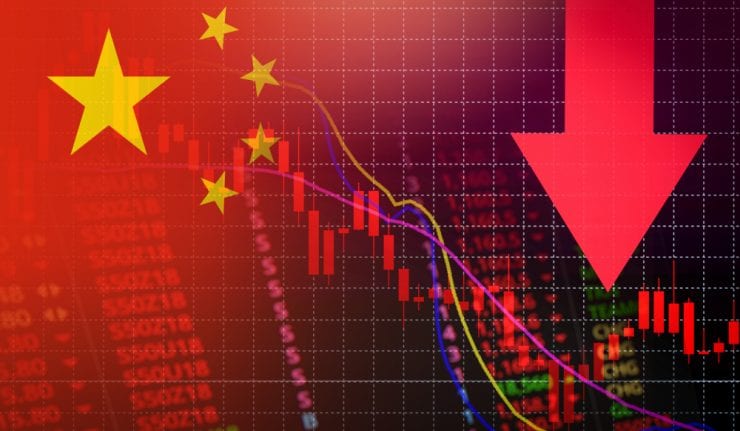 Publisher’s Note: We closed Mark Skousen’s Winner’s Circle earlier this month but have decided to open up eight more slots — and once they are gone, we will close membership again until June. Winner’s Circle is a lifetime membership to all five of Mark’s services. Call Grant Linhares directly at 844-419-4548 to learn the details and find out what your personalized price is for this membership (you’ll pay less than non-Skousen subscribers!).

“The real economy in China is quite a mess.” — Censored Speech by Professor Xiang Songzuo, Renmin University School of Finance

On December 15, 2018, Prof. Xiang Songzuo, the former chief economist of China Agriculture Bank, gave a blunt assessment of the Chinese economy. It was so brutally honest that the Chinese government banned its release. But unauthorized versions made their way to my CIA contacts in Asia.

First, Professor Xiang contradicts China’s rosy figures for economic growth. Its gross domestic product (GDP) is not growing at the official rate of 6.5% a year, but is actually in decline!

That’s the main reason the Chinese stock market has collapsed.

“Only the Wall Street Crash of 1929 can compare to the steep decline that Chinese stocks have experienced this year,” Professor Xiang opined. “Many stocks are down 80 or even 90%.”

He goes on to say, “Companies are collapsing in droves; not even state-owned enterprises are spared this phenomenon… To put it plainly, China’s listed companies don’t really make money.”

According to Professor Xiang, car sales have dropped sharply, and real estate spending is also substantially decreasing. The biggest headache is real estate, which is heavily in debt.

“Basically, China’s economy is all built on speculation, and everything is over leveraged,” Professor Xiang stated.

I also just received a report from a well-connected businessman who spent two weeks in China, and offered the following feedback while asking to remain anonymous:

“Construction that is taking place there is still at breakneck speed. There’s no slow down,” he told me. He uses the “crane test” to determine how well cities are doing… He witnessed hundreds of cranes everywhere… sometimes several dozen visible at once.

And yet, he reported that some of the complexes were completely empty! Right next to his hotel in one big city there was an entire housing compound of six high-rise buildings with “no one” in any of them.

My business friend noted that this is going to be a huge problem for China when it becomes apparent that, with a dwindling and aging population, they have overbuilt way too much. As they cease the massive construction projects, there will be millions of workers laid off with nowhere to go to find jobs. He predicts that this negative trend will create massive civil unrest… the answer to which throughout history has been… to go to war.

He said that Xi Jinping is under a lot of pressure. He was installed as General Communist Party Secretary/President for life because of confidence in his abilities. But President Trump’s trade war is affecting the Chinese economy fairly significantly, and he has been forced to make concessions (seen as a sign of weakness), so his status likely will be questioned, maybe even challenged by other Communist Party officials.

A Chinese collapse won’t just affect China and Asia. We live in a global economy, and what happens in China will affect the rest of the world, including the United States.

That’s why I favor a conservative investing approach in 2019, and your portfolio should include gold, which is the ultimate hedge against global chaos.

We will have a major “emergency session” at this year’s FreedomFest, July 17-20, at the Paris Resort, to address the growing instability in China, Venezuela and other hot spots of the world with top experts of the key regions. As Steve Forbes, our co-ambassador, stated: “FreedomFest is where the best ideas are fleshed out.”

Orlando MoneyShow, Feb. 7-10, Omni Orlando Resort: I will be leading a main-stage panel on “The Best Places to Put Your Money in 2019,” plus a workshop on “Flying Five Strategy: My Favorite Way for Conservative Investors to Beat the Market and Earn High Income.” My wife Jo Ann and I also will be speaking on “Partnership Investing.” Other speakers include Louis Navellier, Jeffrey Saut (Raymond James), Stan “The Annuity Man,” Steve Moore, Brien Lundin, Mark Mobius, Jim Lowell, Kelley Wright and fellow newsletter writers Hilary Kramer, Bryan Perry and Mike Turner. Tickets are complimentary. To register, click here or call 1-800-970-4355. And be sure to use code 046878.

The ‘Gestapo’ is Alive and Well in the United States

“It is dangerous to be right when the government is wrong.”

I was shocked and dismayed, as I’m sure you readers were, to learn that special counsel Robert Mueller sent 29 highly armed members of a SWAT team last week to Roger Stone’s home in Ft. Lauderdale, Florida, in a predawn raid to arrest him. Talk about using the intimidating tactics of the Gestapo or the KGB.

Maybe after two years of investigating Russian collusion in U.S. elections, Mueller subconsciously began thinking more and more like Russia’s President Vladimir Putin and his KGB. Mueller appeared to forget we have a constitutional prohibition against this kind of over-reach of federal power.

Roger Stone is no threat to anyone. He’s a non-violent senior citizen, for Pete’s sake! As veteran journalist and economist Richard Rahn wrote:

“How many agents should a law enforcement organization send to arrest a highly visible, older, non-violent man, who is not a flight risk, for allegedly lying to Congress — particularly, when the individual has appeared numerous times on national TV saying he expects to be arrested and was obviously making no attempt to avoid law enforcement officials?

“All of this was not only highly inappropriate, but a huge waste of taxpayer money. Civil libertarians and others were correctly outraged about the heavy-handed tactics.”

It’s getting scary out there.