How to Invest in Tomorrow’s Biggest Cannabis Grower Today

Well, as one famous song puts it: Freedom’s just another word for nothing left to lose.

Now, as much as I love country legend Kris Kristofferson’s music, I must disagree with him on his famous, “Me and Bobby McGee” lyric.

Perhaps a better lyric to reference on the freedom front, and particularly with respect to the focus of this week’s issue, is one from singer/songwriter Ben Harper and his great tune, “Burn One Down.”

In my view, there’s nothing more important than the possession of personal freedom, and by that, I mean having autonomy over your own physical body. And what reflects more freedom and personal autonomy than the right to ingest whatever substances you choose?

The principle of freedom is quite simple here: Either you have the right to your own body, and your own life, or you don’t.

And, as long as your choices don’t infringe upon the rights of others, then nobody should have the right (especially not a government) to dictate to you those choices. Fortunately, the world has become at least slightly more freedom oriented over the past decade, and that’s especially true in the realm of recreational and medical marijuana use.

As you likely know, seemingly every election cycle brings news of more and more states and municipalities either decriminalizing recreational marijuana use or legalizing the medical use of marijuana and its cannabis extracts. One of the reasons for this new, and in my view unstoppable, wave of cannabis freedom is the changing societal attitudes toward this substance.

Gone are the ridiculous “Reefer Madness” days of old that predicted both personal and societal devastation with just one puff of the pernicious plant. Today, even conservative baby boomers realize that all the scare tactics and misguided accusations of a deadly “gateway drug” that is sure to lead to devastation is rightly identified as a myth.

The reason why these myths have evaporated into the cultural ether is because just about every boomer I know has either tried recreational marijuana themselves or knows someone who is a casual or even a chronic user of the substance. And to perhaps no one’s surprise, nearly every one of these people are productive members of society with solid professions, families, a mortgage, pets and all of the other commitments of modern American life.

Of course, I am not denying here that there are some negative effects associated with the abuse of marijuana. Yet there’s far more damage done to individuals via abuse of other substances such as alcohol, tobacco, prescription drugs and high-sugar junk foods. But to be consistent, I don’t want the government restricting the adult use of any of these products either, because freedom means you own your own life. And with that freedom comes the requirement to either act responsibly, or to act self-destructively.

The choice is, and should be, yours to make. And the responsibility for your own life is yours to assume.

And that brings us to another responsibility we take seriously in The Deep Woods and especially in my investment advisory newsletters. That responsibility is to invest our money properly in the stocks and sectors that offer up the best possible chances for success.

How to Invest in Tomorrow’s Biggest Cannabis Grower Today

Last week, I traveled some 7,000-plus miles round trip to South America to investigate one company operating in the sector in question today–the medical marijuana space.

My journey took me to the outskirts of Medellin, Colombia, and into the heart of its many agricultural plantations. Here I was conducting some literal “boots on the ground” research on a company that’s at the cutting edge in terms of producing the highest-quality, lowest-cost yields in one of the world’s fastest-growing commodities.

To say that what I witnessed on my visit was extremely impressive would be the height of understatement and not at all what I had visualized it to be prior to my visit.

Let’s start with the climate. To grow plants efficiently, you have to either spend a lot of money on inside growing facilities and equipment (lights, power, water). Yet if you’re geographically blessed, then you can have Mother Nature take care of that for you at a fraction of the cost.

In Colombia, the cannabis plantation is blessed with natural sunlight in what’s known as a 12 hours light to 12 hours dark cycle, year-round. That means the plants drink in just the right amount of sunlight each day. There also are the perpetual spring-like temperatures in the region that are perfectly suited to crop growth.

I found out during my trip that Medellin is known as “La Ciudad de la Eterna Primavera,” which translates into the “City of the Eternal Spring.” Picture spring-like conditions with sunshine and moderate temperatures in the mid-70s all year long, and it’s no wonder why Colombia is the world’s second-largest producer of cut flowers, the third-largest coffee exporter and the fifth-largest exporter of bananas.

Soon, Colombia could be one of the world’s top producers of medical cannabis and its cannabidiol extracts, also known as CBD.

I have first-hand experience with CBD, as I use the non-psychoactive extracts to improve athletic performance, reduce systemic inflammation, heal and repair sore muscles and joints faster after a hard workout and as a general promoter of physical well-being.

Some of the most common health benefits associated with CBD use are pain relief, reduction of anxiety and depression, the alleviation of cancer-related symptoms, enhanced neurological health and increased cardiac-related health including the ability to lower blood pressure.

The market for medical CBD is projected to be enormous over the next several years. The following chart from the website Statista shows the total U.S. consumer sales of CBD (in millions of U.S. dollars) from 2014 to 2016. 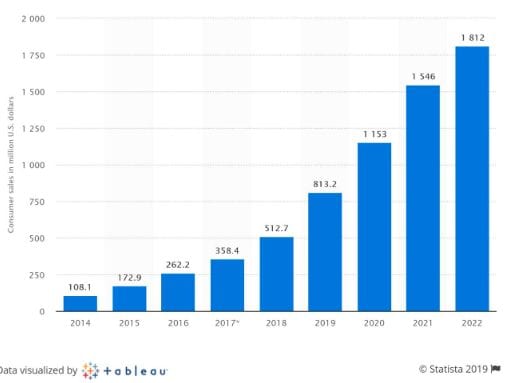 The chart also estimates the future upward-trending growth curve until 2022, in million U.S. dollars. It is estimated that in the year 2020, CBD consumer sales will total around $1.15 billion–and that is just in the United States. Add the rest of the world’s similarly increasing CBD demand and we get an astounding growth opportunity that is sure to translate into the bottom line for the right CBD producer.

Of course, the question for investors is how to best get exposure to this burgeoning industry. My answer is that you invest in a company that’s producing the highest quality CBD products at the lowest possible cost and one that has the ability to scale up to meet that burgeoning demand.

I believe I’ve found such as company during my South American journey.

In fact, it IPO’d just recently, and the share price popped on some big news.

So I’m going to give you the name of the company right here, along with a special arrangement I’ve put together to get the full research I’ve just published. 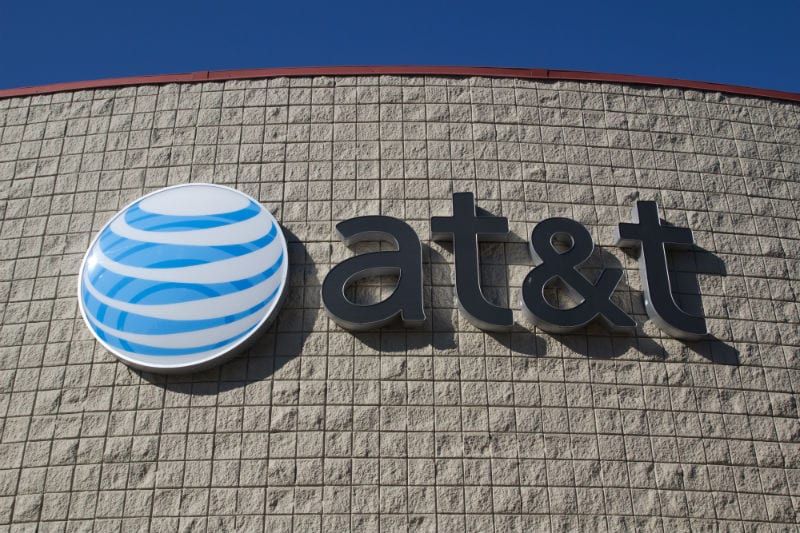 Paul Dykewicz explains why AT&T's stock price and 7% dividend yield may not be enough to interest some investors.