SUPPLY-SIDE TAX CUT FEVER: WHY THE RICH ARE LEAVING NEW YORK AND CALIFORNIA 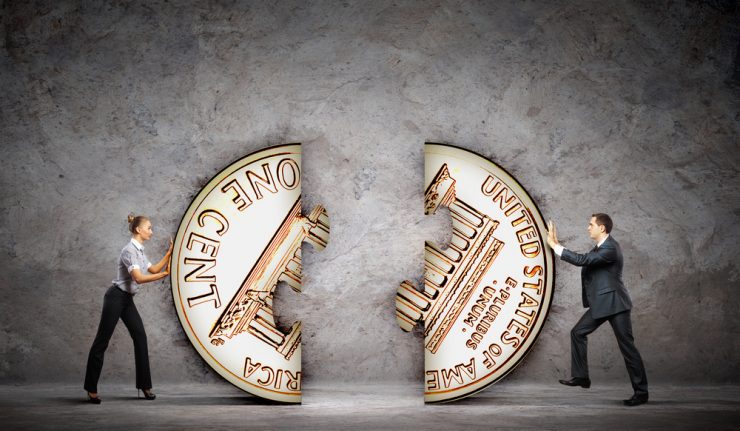 It has been one reason the stock market is close to an all-time high, continuing the longest bull market in history. The tax cut has also encouraged U.S.-based international companies like Apple (NASDAQ: AAPL) and Microsoft (NYSE:MSFT) to bring their funds back to the United States.

But I’m no fan of the $10,000 limitation on deducting state income taxes. State taxes always should be fully deductible on federal returns.

New York Governor Cuomo has blamed the exodus out of the state to cold weather. However, why is New Hampshire growing in population?

California is still growing, but that’s largely due to an influx of foreigners and a relatively high birth rate. Since 2010, a net 710,000 people have left the Golden State for other states. Despite balmy weather and a thriving tech industry, Californians are tired of high housing prices, onerous land and zoning rules and hostile business regulations.

If New York, California, Illinois and Hawaii want to stop the brain drain, they must learn to live within their means and reduce the size of the welfare-regulatory state.

The solution can be found in the latest State Economic Freedom Index published by the Cato Institute: https://www.freedominthe50states.org/.

The Cato Institute also just released its biennial report card on each of the 50 state governors: https://www.cato.org/blog/governors-fiscal-report-2018.

Andrew Cuomo of New York and Jerry Brown of California received Ds. Greg Abbott of Texas earned an A and Rick Scott of Florida earned a B.

Orlando MoneyShow, Feb. 7-10, Omni Orlando Resort: I will be leading a main-stage panel on “The Best Places to Put Your Money in 2019,” plus a workshop on “Flying Five Strategy: My Favorite Way for Conservative Investors to Beat the Market and Earn High Income.” My wife Jo Ann and I also will be speaking on “Partnership Investing.” Other speakers include Louis Navellier, Jeffrey Saut (Raymond James), Stan “The Annuity Man,” Steve Moore, Brien Lundin, Mark Mobius, Jim Lowell, Kelley Wright and fellow newsletter writers Hilary Kramer, Bryan Perry and Mike Turner. Tickets are complimentary. To register, click here or call 1-800-970-4355. And be sure to use code 046878.

CFA Society Book Club, Thursday, Feb. 28, Biltmore Court, Los Angeles: I’ll speak about my book, “The Making of Modern Economics: The Lives and Ideas of the Great Economic Thinkers” (Routledge, 3rd ed.). Find out why John Mackey (CEO, Whole Foods Market) has read it three times! The title of my talk: “Who’s Winning the Battle of Ideas: Keynes, Marx or Adam Smith?” The event includes dinner, 5:30-7:30 p.m. The price is only $15 for my subscribers to attend. To reserve a spot, email info@cfala.org. You also can register at https://www.cfala.org.

You Blew It!
President Trump Says Not a Word About the Greatest Threat to Our Prosperity

“This is the most predictable crisis in American history.” — George Will

No, I’m not talking about global warming, although excessive government regulations could derail the booming American economy.

I’m talking about the dramatic rise in the national debt, now approaching $22 trillion. In his State of the Union address, President Trump noted how employment, wages, economic growth and even tax revenues have gone up. However, he conveniently ignored the bad news: Since becoming president, Trump has seen the deficit rise by $1.7 trillion.

With interest rates rising, the interest on the national debt is also climbing at an alarming rate — up 20% in 2018 to more than $371 billion. It is expected to exceed military spending in 2023 (over $700 billion).

And that’s not even counting the weight of the big elephant on Capitol Hill — unfunded liabilities from Social Security and Medicare that will bankrupt us in 20 years unless something is done.

We have a problem, Washington. Are there no statesmen left in the nation’s capital?