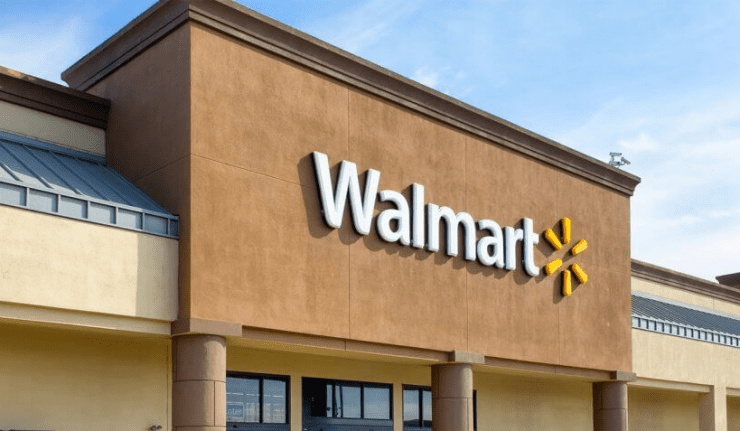 After seeing its retail supremacy challenged over the past decade, Walmart, Inc. (NYSE: WMT) – the long time retail leader – has been working hard to protect its crown.

While Walmart is still the largest overall U.S. retailer, the company has set its aim at engaging Amazon (NASDAQ:AMZN) in a contest for online retail supremacy as well. Instead of building its own infrastructure and processes to close up Amazon’s first-mover advantage, Walmart has gone on an acquisition spree in the past few years. In 2016, Walmart made a $3 billion acquisition of Jet.com to expand its online retail capabilities.

Since 2016, the company has also acquired a home and lifestyle online store Hayneedle, Zappos-style shoe retailer ShoeBuy, outdoor recreation apparel and gear Moosejaw, men’s apparel company Bonobos, and more. Walmart continued its shopping spree in 2018 with a number of deals that included the purchase of Bare Necessities – an online retailer of lingerie, swimwear, hosiery and other intimates – and the acquisition of the Indian e-commerce company Flipcart. To date, the $16 billion purchase of Flipcart in 2018 is Walmart’s largest acquisition in the e-commerce space.

In addition to expanding its online business, which has been growing at annual rates of more than 30% per year, Walmart continues to expand its brick-and-mortar business as well. The company has managed to boost its same-store sales figures for the past 17 consecutive quarters. Furthermore, Walmart is also attempting to keep pace in the grocery online delivery business. This competition entered a higher level when Amazon completed the purchase of Whole Foods Market in August 2017. The company plans to increase the availability of grocery pickup service from the current 2,100 to 3,100 stores and availability of grocery delivery from 600 to 1,600 stores by the end of the 2020 fiscal year, which will end on January 31, 2020.

Despite some share volatility and marginal one-year share price decline, Walmart continues delivering strong results. The company’s fiscal year ended on January 31, 2019 and Walmart is expected to report its financial results for the fourth quarter and full fiscal year 2019 before the market opens on February 19, 2019.

However, Walmart reported positive third quarter results in November 2018. The company’s third quarter adjusted earnings per share (EPS) of $1.08 exceeded the $ 1.01 expectation by Wall Street analysts. This result marked the third consecutive quarter in which Walmart beat analysts’ consensus estimates. In light of the positive year-to-date performance, Walmart increased its GAAP EPS expectation for full fiscal 2019 to between $2.26 and $2.36, as well as boosted its adjusted EPS guidance for fiscal 2019 to between $4.75 and $4.85.

Based in Bentonville, Arkansas and founded in 1945, Walmart Inc. engages in the retail and wholesale segments in various formats worldwide. The company operates through three segments: Walmart U.S., Walmart International and Sam’s Club. The company officially changed its name in February 2018 from Wal-Mart Stores, Inc. to Walmart Inc. Through its nearly 12,000 stores of various forms and e-commerce sites under 65 banners in 28 countries, the company offers a variety of grocery products, consumable goods, electronics, photo processing services, stationery, automotive, hardware and paint, sporting goods, outdoor living and horticulture. Additionally, the company also offers apparel, shoes, jewelry, home furnishings, housewares, small appliances, toys, crafts and seasonal merchandise. In addition to the merchandise, the company offers fuel and auto-repair services, as well as financial services and related products, including money orders, prepaid cards, fund wiring, money transfers, check cashing and consumer credit services. As of 2018, the company had approximately 2.3 million employees globally, of which more than 65%, or 1.5 million, work in the United States.

After a brief spike of approximately 5% in the first week of the trailing 12-month period, Walmart’s share price reversed direction and started a 20%-plus decline towards its 52-week low of $82.40, which it reached on May 29, 2018. However, the share did not remain at the bottom for long. After another direction reversal, the share price recovered all its 2018 losses and reached its new all-time high of $105.56 by November 9, 2018.

Unfortunately, the overall markets declined in November and December 2018, on interest rate hike concerns and worries about no progress on the trade deal with China. Therefore, Walmart’s share price tumbled as well and lost 18.7% before closing on December 24, 2018 just 4.2% above its 52-week low from the end of May 2018. After that dip at the end of 2018, the share price bounced back to close at $96.20 on February 11, 2019. That closing price was still almost 9% short of the November peak and 3.4% lower than it was one year earlier. However, the February 11, 2019 closing price was also 16.7% above the 52-week low from May 2018 and one-third higher than it was five years ago.

While the share price is still down slightly for the trailing 12 months, Walmart’s dividend distributions over the past year offset some of those losses to bring the overall one-year total loss to just 1.3%. However, Walmart delivered total returns of 52% and 43% to the shareholders that have held the company’s stock over the past three and five years respectively.

Bryan Perry discusses how the Democratic Party's social agenda will make dividend stocks more desirable among those who will see their income taxes rise.