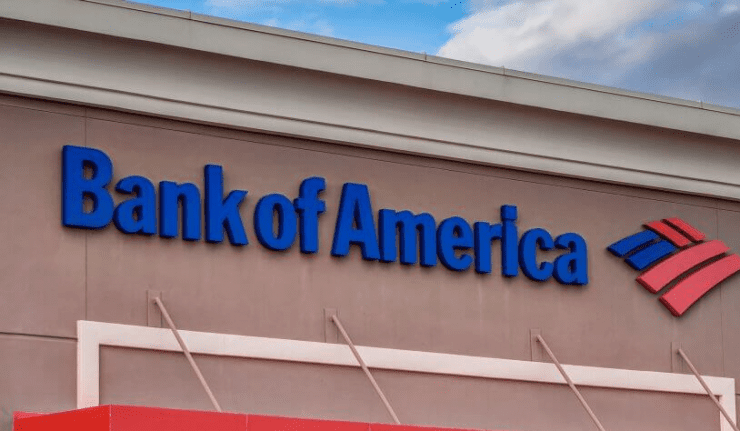 While plenty of uncertainty shrouds the Financials sector, investors looking to invest in a large money center bank should consider the Bank of America Corporation (NYSE: BAC) among the top few contenders.

As the second largest bank in the United States, the Bank of America has the capitalization to face minor financial headwinds, as well as to be in a better position than smaller institutions to fight any larger financial crises. The company’s share price is currently slightly lower than it was one year ago, but Bank of America continues to deliver solid financial results.

The company has beaten Wall Street analysts’ consensus earnings per share (EPS) estimates every quarter in 2018. For the entire 2018, Bank of America exceeded the analysts’ earnings estimates by an average of 8.8%, with the fourth-quarter results exceeding estimates by more than 11%.

In addition to outperforming expectations, the company also is investing in the future of banking to ensure that the current levels of its financial results continue into the future. One of the areas where Bank of America is focusing a considerable amount of investment is the financial technology sector. In addition to investing in areas traditionally associated with the banking industry, the company also invests heavily in technologies that will drive the financial sector in the future. For instance, as of January 2018, Bank of America had more blockchain-related patents than any other major business organization. With 48 patents granted, the company had nearly 80% more blockchain-related patents than either of the two organizations in second place – IBM (NYSE: IBM) and Master Card (NYSE:MA) – who had 27 patents each.

On January 16, 2019, Bank of America reported record earnings of $7.3 billion for fourth-quarter 2018 to mark a 38% increase over the same period last year when adjusted for the impact of the Tax Act in 2017 and correspond to diluted earnings per share (EPS) of $0.70. That EPS figure represents a 250% increase – 49% on a tax impact adjusted basis.

For the full-year 2018, the company reported total earnings or $28.1 billion, or $2.61 per diluted share. Furthermore, the company repurchased more than $20 billion of its shares and distributed $5.4 billion in dividends to the holders of the company’s common stock.

The company’s share price entered the trailing 12-months on an uptrend that began in September 2017. However, that uptrend continued for only one month into the current 12-month period. After a 5.5% increase in the current period, the share price reached its 52-week high of $32.28 on March 12, 2018. Following the mid-March peak, the share price reversed direction and declined nearly 31% before reaching its 52-week low of $22.73 on December 24, 2018.

After bottoming out on Christmas Eve, the share price changed direction again and has been on a steady uptrend since. The share price closed on February 11, 2019 at $28.41. While 8.7% lower than one year earlier, this closing price was 25% above the 52-week low from late December 2018 and 74% higher than it was five years ago. The current share price has nearly 16% room on the upside before it reaches the analysts’ consensus target price of $32.93.