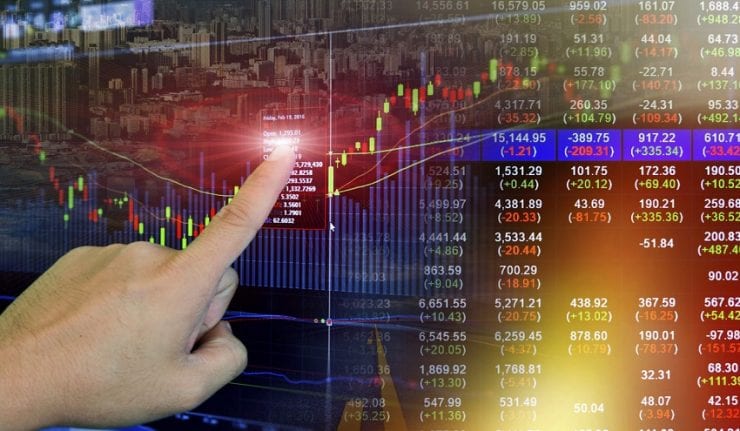 Value investing stocks worth considering include financial services giant Goldman Sachs Group, Inc. (NYSE:GS) and other well-established companies that normally might not be expected in the market’s bargain bin.

Four value investing stocks won praise from Wall Street money manager Hilary Kramer, a Wall Street professional who leads the Value Authority, GameChangers, Turbo Trader and Inner Circle advisory services for individual investors, when I interviewed her recently at the MoneyShow in Orlando. All four of those value investing stocks fit her criteria of growing companies whose shares had slid sufficiently to trade at reduced prices.

Kramer told me she looks for companies that are growing their net income and, at the same time, have stock prices that are lagging. Typical reasons why stocks are undervalued include belonging to a sector that is out of favor with investors or operating in an industry that just isn’t understood well.

If a company is not growing, it is hard to justify predicting price-to-earnings (P/E) expansion, which is a key to value investing. Indeed, Kramer and her team seek to identify undervalued stocks that sell for a discount in terms of P/E ratio, compared to the market, the company’s industry or its historical average.

Even though global investment banking giant Goldman Sachs, founded 150 years ago in 1869, has a reputation as one of the world’s most prestigious financial institutions, its share price plunged after it became embroiled in an unseemly scandal in which Malaysian authorities lodged criminal charges against the company and two of its key employees just before last Christmas. That claim ultimately may force the bank to pay roughly $10 billion in reparations that could approach a full year of company-wide earnings, Goldman Sachs insiders are speculating. 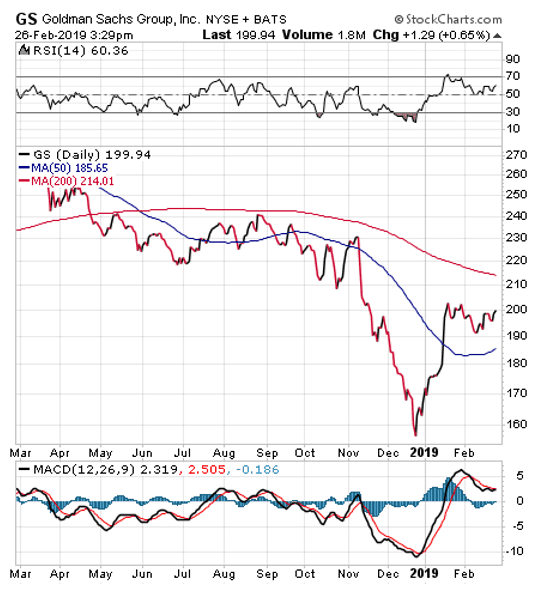 The Malaysian authorities charge that “false and misleading” statements by the accused led to misappropriation of $2.7 billion from the proceeds of three bond issues intended to benefit subsidiaries of the country’s sovereign investment fund 1Malaysia Development Berhad (1MDB). Named in the complaint are Goldman Sachs’ Tim Leissner and Roger Ng Chong Hwa, who are accused of conspiring to bribe Malaysian public officials to help the investment bank procure its selection to lead the three 1MDB bond issues totaling $6.5 billion.

With no resolution yet to the matter and the possibility that the bond buyers also could seek damages from Goldman Sachs, the uncertainty is weighing down the company’s share price. However, with the share price depressed, intrepid investors who expect Goldman Sachs to recover could find the stock worth the risk of buying at current levels.

“You can make so much money because Goldman Sachs trades for about book value,” which is roughly $190 a share for a stock that two or three years from now could be trading at $300 a share, Kramer told me. Goldman Sachs also offers a forward dividend yield of 1.61 percent, she added.

The company’s share price still is 30 percent below its 52-week peak, giving Goldman Sachs a current P/E ratio below 8. Near-term expectations are low as the scandal in Malaysia deters investors, but the deflated outlook fails to weigh the odds that market conditions could improve this year. As a result, Kramer suggested buying Goldman Sachs’ shares on any dips and reaping capital appreciation on the rallies.

“I love Goldman Sachs,” said Kramer, even though she acknowledged a “real overhang” exists on its stock due to pending litigation with 1MDB in Malaysia.

Kramer warned that investors should be “careful” about acquiring shares in traditional banking stocks that depend on the margins between what they pay for deposits and what they receive from borrowers to turn a profit, Kramer said. Instead, consider “boutique investment banks,” such as Evercore (NYSE: EVR), a New York-based financial advisory services and investment banking firm, she added.

“When the market goes down, Evercore goes up because it arranges restructurings,” Kramer said. The company has “no debt,” growth potential and helped guide General Motors (NYSE:GM) in its bankruptcy reorganization and the money-losing U.S. Postal Service with its challenges, she added.

While it will be tough to beat that performance this year, economic clouds on the horizon ultimately could aid Evercore’s business more than many investors expect, based on its current valuation of just 11 times earnings, compared to 18.21 times earnings for the Dow Jones Industrial Average, 20.23 for the S&P 500, 22.15 for the Nasdaq 100 and 53.15 for the Russell 2000. Evercore also offers a dividend yield of 2.23 percent. 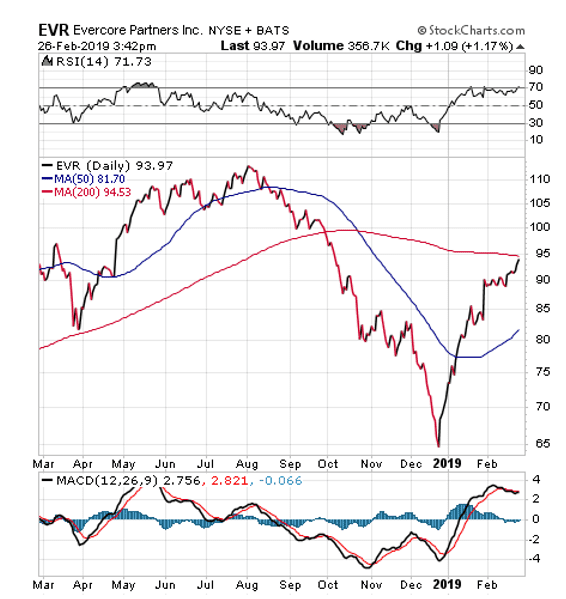 “For example, we’ve done very well with Omnicom, a traditional advertising agency dismissed for dead,” Kramer said. The company offers a “nice dividend yield” of 3.45 percent and is putting its clients in social media. Omnicom is writing and buying “a lot of the advertising” for new age campaigns, Kramer said.

“This is where you want to be: areas that are coming back to life,” Kramer said.

New York-based Omnicom combines 1,500 advertising agencies across 100 countries to offer internal expertise needed to handle just about everything from traditional branding activities to the right social media influencers in promoting products on Instagram. The company also seems committed to distributing income to shareholders, who have seen Omnicom’s dividend swell 60 percent in the last five years.

At that rate, Omnicom likely would be offering roughly a 5.5 percent dividend yield five years from now. With a P/E of only about 13 times earnings, Omnicom is far from expensive, Kramer added. 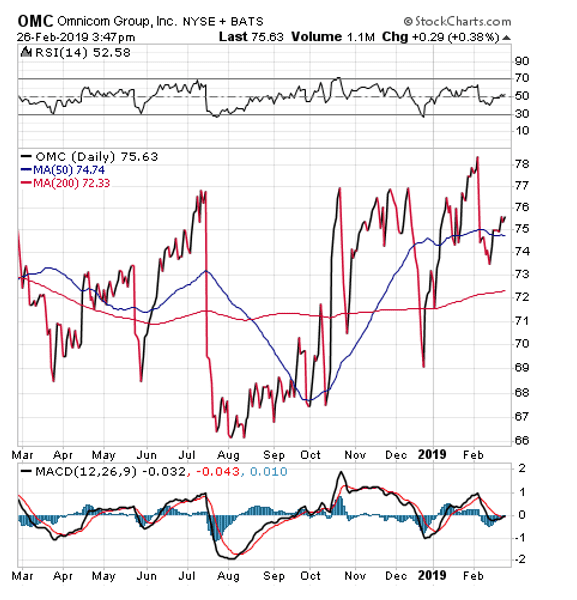 Utility stocks also are providing an opportunity for value investors, said Kramer, who told me she especially likes those that are going into green energy, clean energy and sustainable energy.

The company offers a 3.18 percent dividend yield and a “steady revenue stream.”

There are opportunities to make money as these utility companies are expanding and trading at attractive price-to-earnings (P/E) ratio, Kramer said. 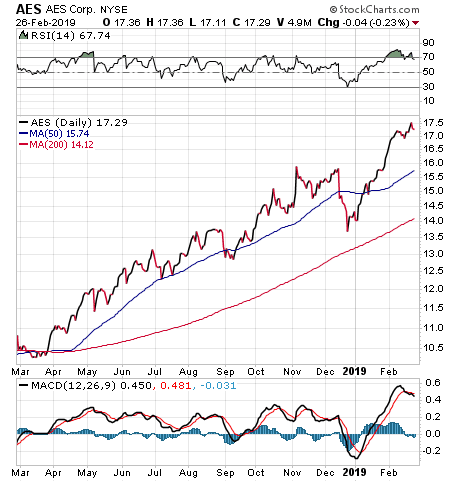 AES is one of the most dynamic utilities around, expanding its earnings 10 percent a year, compounded long term, Kramer said. That earnings growth has been enough to lift the dividend a “stunning” 175 percent in the last five years, which could turn its current dividend yield of 3.2 percent yield into 5.6 percent by 2024, she added.

With less than half of current earnings going back to shareholders, there’s plenty of room to keep feeding that growth curve. Currently trading at 13 times earnings, AES offers prospective buyers an attractive valuation. On rare dips below $12, the stock is an “outright steal,” Kramer said.

Prospective undervalued stocks to buy feature companies that are improving their return on assets and their revenue to assets. All assets except cash and accounts receivable turn into expenses at some point, so assets rising faster than expenses for an extended period pose potential problems.

Another key consideration is for companies to produce free cash flow as a high percentage of net income. The free cash allows a company to pay dividends, buy back stock or invest in growth without borrowing money.

Kramer and her team also like to find companies with long-term debt that is no more than 60 percent of total capitalization. Her reasoning is that a strong balance sheet helps a company survive economic downturns.

For those who are looking for bargains and willing to stay patient as beaten-up stocks recover, investing in value stocks provides a potential path toward profitability.

previous article
Can BlackRock Continue Its Share Price Recovery Deeper Into 2019? (BLK)
next article
The Folly of Forgetting Phenomenal Fortune