Is the Qualcomm Share Price Poised for a Comeback? (QCOM) 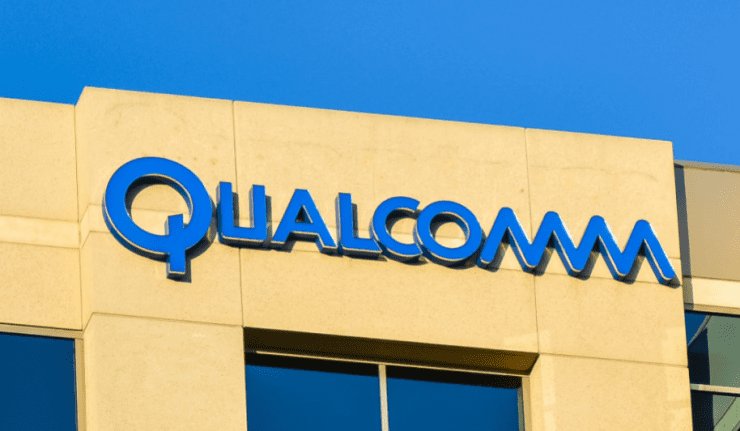 Qualcomm Incorporated (NASDAQ:QCOM) is looking for a share price rebound in 2019 as the company’s share price plummeted in the last quarter of 2018 to erase all its gains from earlier that year.

Qualcomm finished its fiscal year 2018 — which ended on September 30, 2018 — with a net loss of $4.9 billion on $22.7 billion in total revenue. However, Wall Street analysts accounted for several mitigating factors in their expectations and Qualcomm managed to beat those expectations for every period in 2018

One of the factors that negatively impacted Qualcomm’s 2018 financials was a $6 billion charge ($4.03 per share) related to the enactment of the Tax Cuts and Jobs Act at the end of calendar year 2017, which is included in Qualcomm’s 2018 fiscal year. Additionally, Qualcomm incurred a $2 billion fee ($1.41 per share) for a purchase agreement termination fee with NXP Semiconductors N.V. (NASDAQ:NXPI). Also, Qualcomm failed to collect any royalties from Apple, Inc. and its suppliers for the use of Qualcomm’s chips since the second quarter of 2017. Qualcomm estimates that just in the second half of fiscal 2017, the company missed $1.7 billion in revenue. Assuming similar level of sales volume, the total lost revenue for full-year 2018 would be at least $3 billion, which would offset more than 60% of the company’s $4.9 billion net loss.

Despite beating consensus earnings estimates, the overall financial picture dragged down the share price in 2018. However, after reporting positive results for the first quarter of fiscal 2019, the company’s share price has been showing uptrend tendencies.

Qualcomm released its financial results for the first quarter of fiscal-year 2019 on Jan. 30. Unlike the losses in 2018, Qualcomm’s first quarter kicked off the fiscal-year 2019 with positive results. The company reported a net income of $1.1 billion on revenues of $4.8 billion. The $0.87 diluted earnings per share (EPS) was 24.3% higher than the analysts’ $0.70 consensus estimate.

In responses to the positive first-quarter results, Qualcomm Incorporated’s CEO Steve Mollenkopf stated, “Our fiscal first-quarter results reflected continued strength in our semiconductor business, driven by strong product leadership and operating expense management.” “We continue to execute on our strategic objectives, including driving the global transition to 5G, protecting the established value of our technology and inventions and expanding into new industries and product categories,” added Mr. Mollenkopf.

After completing 75% of its $30 billion stock repurchase program in 2018, Qualcomm continued in the first quarter of the current year with a $1 billion repurchases of 17 million shares of common stock. In addition to the stock repurchase, the company returned to its shareholders another $750 million through quarterly dividend distributions.

Qualcomm’s share price entered the trailing 12-month period at more than $66 on a slight downtrend. The share price continued to drop and did not change directions to an upward trajectory until it dropped below $50 in late April. After gaining more than 50% over the subsequent five months, the share price reached its 52-week high of $75.09 in mid-September.

However, after reporting its year-end financials, the share price embarked on a downtrend and gave back all its gains since April 2018. The share price lost more than 34% from the September peak before bottoming out at its 52-week low of $49.52 on January 31, 2019. However, since bottoming out at the end of January, the share price rose steadily and closed on February 27, 2019 at $53.04. This closing price marked a 7.1% gain since the 52-week low at the end of January. Furthermore, the current share price has almost 20% room on the upside before it reaches the analysts’ current consensus target price of $63.56.

Qualcomm’s dividend income payouts yielded only 4.7% and were unable to offset fully the 20% share price decline over the past 12 months. However, the dividend distributions managed to reduce the one-year total loss to 16.3%. Because the share price lost almost half of its value between 2014 and 2016, the shareholders experienced a total loss of 15% over the past five years. However, Qualcomm delivered a 16% three-year total return on investment since the share price’s five-year low in February 2016.

previous article
A Fund that Provides Exposure to the European Equity Market
next article
GOLD VS. STOCKS: WHICH IS BETTER?