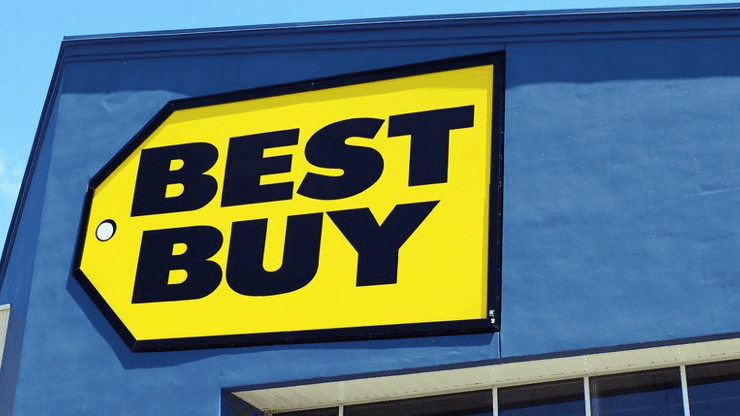 This surge capped off a strong share price recovery that began in the last week of December 2018. To combat the expansion of online retail competition, Best Buy has been adjusting its business model to compensate. The company has been expanding and improving its own online retail offering, which grew revenues 9.3% over the past year compared to a 3% comparable revenue growth for the entire company. Additionally, Best Buy is focusing on new technologies, such as wireless power, security and accessibility, as well as foldable mobiles and home technology.

Growth of Best Buy’s services segment is partially driven by the $800 million acquisition of GreatCall. The company’s primary product offering is the Jitterbug line of phones with extra-large buttons aimed at the expanding aging population. In addition to the device business, GreatCall also brings to Best Buy 900,000 paying subscribers to the company’s health and personal emergency response services, which currently generate high-margin annual revenues of more than $300 million.

On February 27, 2019 Best Buy released its earnings report for the fourth quarter of its 2019 fiscal year, which ended on February 2, 2019. The company reported revenues of $14.8 billion for the 13-week quarter — a 3.5% reduction from the $15.36 billion generated during the 14-week last quarter of the previous fiscal year. However, adjusting last year’s figure lower by the company’s estimated $760 million impact of one additional week reflects a 1.36% revenue increase for the most recent quarter.

The company reported a $2.69 quarterly earnings per share (EPS) and adjusted EPS of $2.72, which is 12.4% higher than Best Buys $2.42 EPS from the same period last year. Wall Street analysts expected EPS growth of only 6.2% to last year and forecasted a $2.57 consensus figure for the most recent quarter. Best Buy’s actual results outperformed expectations by 5.8%

Even compared with fiscal year with one additional week, full-year revenues outperformed the previous year by 1.7%. However, the $5.32 EPS for the fiscal 2019 was 20% higher than the $4.42 EPS figure for 2018. Additionally, the company strengthened its share price by repurchasing $1.5 billion of its common shares and returned to its shareholders $497 million through dividend distributions.

Founded in 1966 as the Sound of Music, Inc. and headquartered in Richfield, Minnesota, the company changed its name to Best Buy Co., Inc. in 1983. The company operates as a retailer of technology products, services and solutions in the United States, Canada and Mexico through two business segments — Domestic and International. The company offers consumer electronics, computing devices and peripherals, mobile phones and accessories, entertainment systems and appliances. Additionally, the company provides consultation, design, delivery, installation, repair, technical support and educational services through its Geek Squad brand. The company currently offers its products through 1,200 large-format stores, 400 small-format stores and automated kiosks, as well as several websites. Some of Best Buy’s large-format stores contain areas that display high-end kitchen appliances and home theater equipment under the Pacific Kitchen and Home, and Magnolia Home Theater brand names.

Before a sharp decline in the last quarter of calendar 2018, the share price maintained a steady uptrend for nearly three years and gained more than 150% since January 2016. After entering the trailing 12-month period on that uptrend, the share price continued to rise and gained more than 14% before reaching its 52-week high of $82.60 on August 23, 2018. However, the share price dropped back immediately below the $80 level and traded in the $78 to $80 range until beginning its year-end decline. The share price lost almost 42% of its peak value by the time it reached its 52-week low of $48.24 on December 24, 2018.

However, the share price bounced back up above the $50 mark the next day and resumed its uptrend trajectory. Even before the 14% one-day surge after the earnings release, the share price had gained nearly 25% since its Christmas Eve low. The share price closed on February 28, 2019, at $68.87. This closing price was less than 5% below the share price from the beginning of the trailing 12 months. At the current level, the share price recovered 85% of its 2018 losses. Additionally, the current price is nearly 43% above its 52-low from the end of December 2018 and almost 170% higher than it was five years ago.

previous article
GOLD VS. STOCKS: WHICH IS BETTER?
next article
Why the Market Has Hit A Wall (And How Investors Can Still Make Money)