Blue Sky for Biotechs Appears on the Horizon 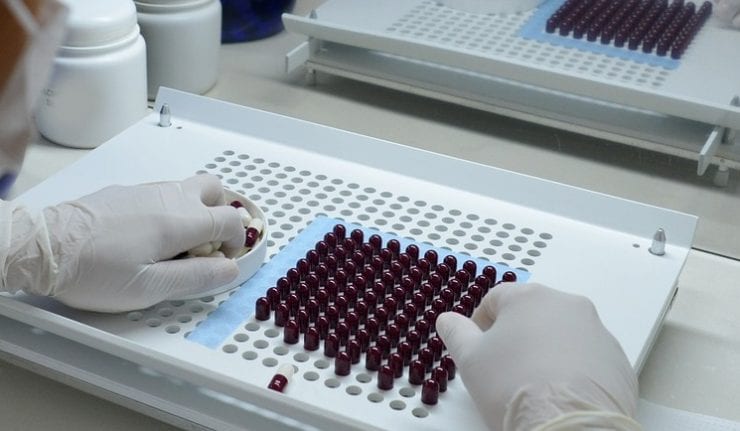 The two-month rally which has erased most of the fourth-quarter 2018 sell-off was been followed by a rebound in all 11 market sectors. However, the standout has been big-cap technology stocks.

However, every rally that wants to extend itself comes with constant sector rotation in which new leadership emerges and bears the torch for the next leg higher. In the past couple of weeks, there has been a pronounced move into big-cap drug stocks like Merck (MRK), Johnson & Johnson (JNJ) and Eli Lilly (LLY). I currently recommend Merck and Eli Lilly in two of my trading services, Quick Income Trader and Instant Income Trader, and I’m happy to report that they are performing fabulously, as they traded to new all-times highs this past Friday.

So, what’s next? There will likely be a leadership transition to the broader health care universe of stocks that includes big pharma, medical devices, diagnostics, insurers, pharmacy benefits managers and retail drug stores — the biotech/bio-pharma sub-sector. Many leading biotech and bio-pharma stocks have been mired in a one-year trading range since they have been weighed down by the constant harping on Capitol Hill to rein in drug prices.

And while this is a noble cause for many overpriced drugs, new novel therapies which target huge markets like diabetes, Alzheimer’s, Parkinson’s and all forms of debilitating and fatal forms of cancer are racing to market via late stage trials which will do more for reducing the cost of health care by curing these diseases once and for all than all the grandiose tax schemes that are being created to finance the utopian “Medicare-For-All” bill that is now making its way through Congressional committee.

What jumped off the screen this week was the iShares Nasdaq Biotechnology ETF (IBB) , which owns the crème-de-le-crème stocks within the sector. The year ahead is going to be significant for the biotech industry. Not only are there a record number of potential blockbuster drugs in Phase 2 and Phase 3 trials, the pace of mergers and acquisitions are picking up. After all, we just witnessed the recent acquisition of Celgene (CELG) by Bristol-Meyers Squibb (BMY). And just this past week, Roche Holdings (RHHBY) bought Spark Therapeutics (ONCE) for $5 billion and sent ONCE’s shares higher by 115%.

As legacy drug companies see many of their proprietary drugs losing patent protection in the next one to five years, they will be prompted to acquire large bio-pharmaceutical companies with strong sales in existing new therapies to move the revenue needle. Rather than try to cherry pick the next Celgene deal, I believe it’s best to cast a net over the best-of-breed names and buy exchange-traded funds (ETFs).

The iShares Nasdaq Biotechnology ETF (IBB) does just that for us. The fund owns 235 companies rife with new novel therapies and is awash in mergers and acquisitions (M&A) potential. 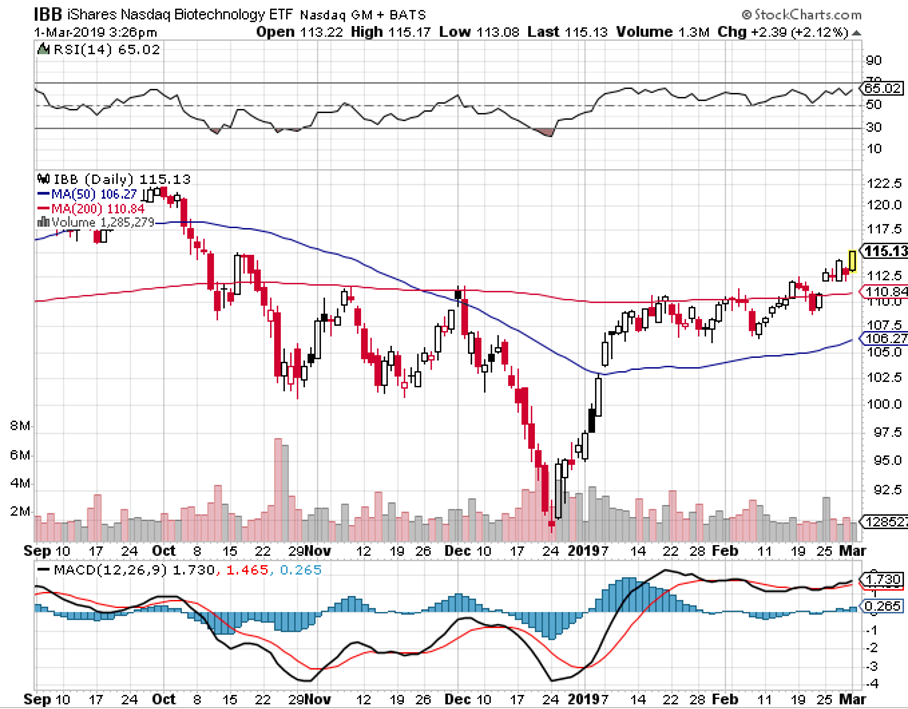 Despite the sector’s great promise, shares of IBB were hit hard during the December sell off, trading down to $90, before climbing back to their current price of $114. This ETF has a high of $122.97 and has been in a wide range for the past year. The all-time high of $135 was set back in mid-2015 — so any major breakout above $123 will invite a move back to the old high. It also has a strong prospect of trading higher given the three-year base in the chart. 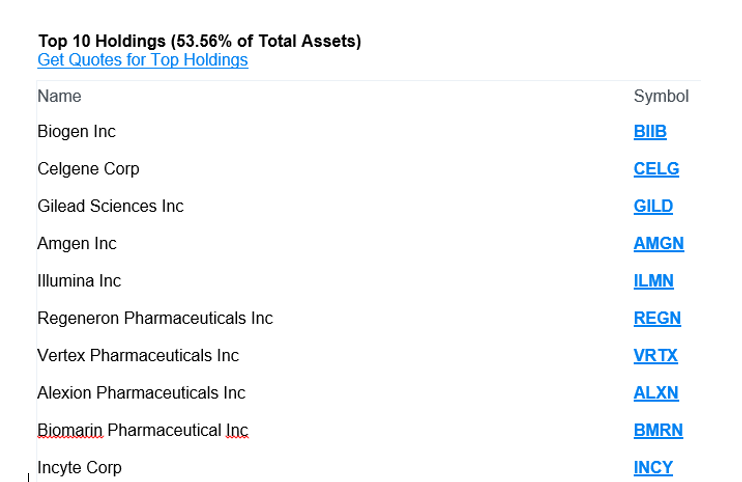 I recommended this ETF in my Instant Income Trader service, urging my subscribers to go long in the iShares Nasdaq Biotechnology ETF (IBB) by putting a bull-call-spread strategy to work that buys long-dated (one year), deep-in-the-money calls of IBB at market and then placing a limit order to sell short-term (one to two months) calls at a considerably higher price than where they currently trade. If the trade goes according to plan, we’ll bank a 50% profit in less than two months.

Employing this strategy for stocks that trade above $100 per share lets an investor pursue up to ten strategies that control between $250K-$500K for $25K-$50K. That’s the power of long-term leverage using Long Term Equity Anticipation Securities, or LEAPS. They are essentially long-term options that go out one to two years, giving plenty of time for a trade to work out.

To get in on my latest bull-call-spread trade with the iShares Nasdaq Biotechnology ETF (IBB), give Instant Income Trader a test drive. We’re currently active in Microsoft (NASDAQ:MSFT), Visa (NYSE:V), UnitedHealth Group (NYSE:UNH), Eli Lilly (NYSE:LLY), Thermo Fisher (NYSE:TMO) and Walt Disney (NYSE:DIS), among others. Use this trading service to invest in high-quality, high-return options for a fraction of what it would cost to buy the underlying stock. Let me guide you in this winning formula for 2019!

Hilary Kramer discusses why the stock market has hit a wall and what investors can do to continue to profit.