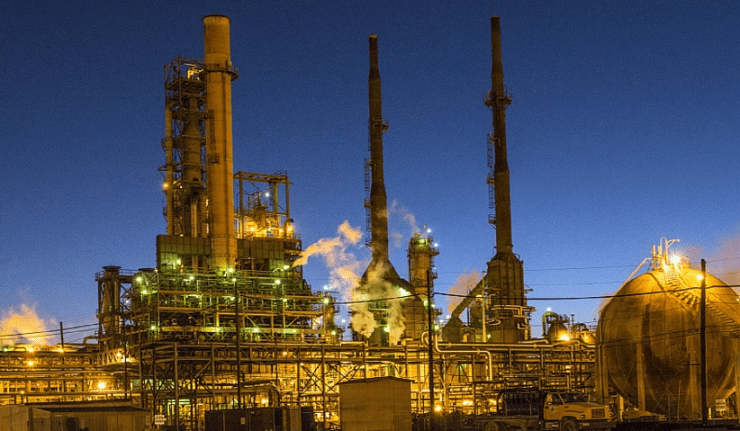 As global oil prices rise above the $55 per barrel level, Occidental Petroleum Corporation (NYSE:OXY) saw its share price follow the uptrend and recover partial losses in 2018 to deliver positive asset appreciation to its shareholders for the trailing 12-month period.

After declining over the entire second half of 2018, the company’s share price has been on a steady uptrend since the end of December and currently trades nearly 16% above its five-year low, which occurred at the beginning of July 2017. However, despite lacking name-recognition of some of its competitors — such as BP (NYSE:BP), Exxon Mobil (NYSE:XOM) or Royal Dutch Shell (NYSE:RDS-A and RDS-B) — Occidental Petroleum kept pace with its more-prominent peers. In some metrics — like dividend distribution growth — Occidental Petroleum even outperformed the larger competitors.

For instance, Occidental Petroleum increased its annual dividend distributions 140% over the last ten years and advanced the total annual dividend payout amount more than six-fold over the past two decades. Along with the 5% to 8% projected annual output growth rate, the rising oil prices should assist the company’s performance and positive financial results going forward.

While some of Wall Street analysts covering Occidental Petroleum downgraded their recommendation from “Buy” in February to “Hold” for March, the overall average is still a strong “Buy” recommendation. Furthermore, the company’s current share price still has more than 15% room on the upside before it reaches the analysts’ average price target of $77.92.

Over the past four quarters, the company missed the consensus earnings per share (EPS) estimate only in the second quarter of 2018. However, Occidental Petroleum managed to beat EPS estimate in the remain three quarters of last year to deliver a full-year 2018 EPS that was nearly 10% above analysts’ consensus estimates.

On February 12, 2019, Occidental Petroleum reported net income of $706 million for the fourth quarter of 2018, which corresponds to a $0.93 diluted EPS figure or $1.22 adjusted. The $1.22 adjusted EPS beat the analysts’ consensus expectation of $1.14 by 7%. The company continued to redistribute capital and earnings by returning nearly $1 billion to its shareholders in the fourth quarter. Shareholders received $600 million through dividend distributions and $300 million through the company’s current share repurchase program.

Recovering from its five-year low in mid-2017, the Occidental Petroleum share price entered the trailing 12 months on a healthy uptrend. Before reaching its 52-week high of $86.48 on June 7, 2018, the share price had gained more than 31% after the beginning of the current 12-month period. However, after peaking in early August, the share price reversed direction and followed the crude oil price decline towards is December 24, 2018, 52-week price low of $57.11.

However, as the crude prices began their recovery, Occidental Petroleum’s share price embarked on its current uptrend as well. The share price fully recovered its losses over the preceding 12 months by late January 2019 and continued to rise. By the end of trading on March 4, 2019, the share price had recovered 35% of its losses from the 52-week high and closed at $67.45. While still substantially lower than the peak price from June 2018, the current closing price is 2.3% higher than it was 12 months earlier and more than 18% above the Christmas Eve low.

Blue Sky for Biotechs Appears on the Horizon