Harley-Davidson Share Price Declined 40% in Two Years – Is it Time to get Back on the HOG? 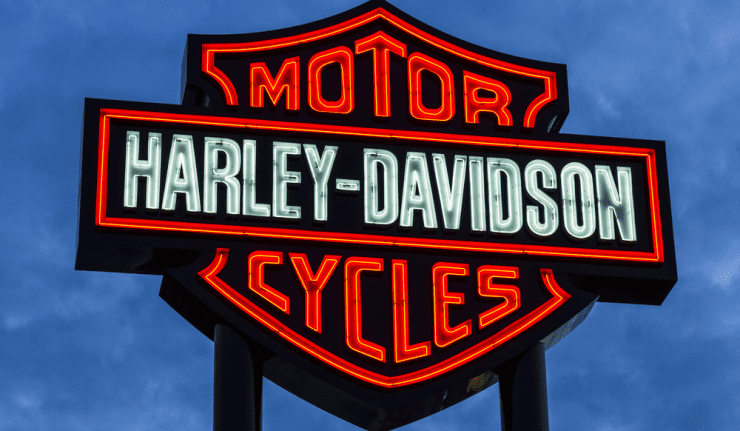 Harley-Davidson, Inc. (NYSE:HOG) saw changing markets and a decline in demand from a generation of younger customers drive down sales and financial results over the past several years.

The company has been working on expanding its product assortment, such as by adding smaller motorcycles that have a wider global appeal and investing in new technologies like electric motorcycles. Additionally, the company is working on reducing its operational costs by looking to shift some or all production destined for global markets closer to the end customer.

While Harley-Davidson has been facing strong operational and financial headwinds, the company has maintained a stream of rising dividend income payouts to its shareholders. However, is this dividend income enough to make the company’s current share price decline buying opportunity?

Unfortunately, analysts and industry insiders are not too optimistic about Harley-Davidson’s prospects over the near future. The company has invested significant resources into development of its electric motorcycle. However, competition from well-established competitors and new entries into the electric motorcycle segment like Zero Motorcycles are mounting stiff competition.

Another issue facing the company is the changing customer base. The new generation of motorcycle customers is less interested in the image and lore that Harley-Davidson has used to build it strategic marketing. Younger customers are more interested in performance and features and are much more cost conscious.

While Harley-Davidson had an opportunity to reach out and capture a portion of that market with its new electric product offering, the company has decided to offer a high-end vehicle that might not have a wide market appeal.

Harley-Davidson reported revenue of $1.1 billion in the fourth quarter of 2018 — a slight decline from the $1.2 billion figure for the same period last year. For full-year 2018, total revenue of $5.7 billion was 1.2% higher than in 2017, which is better than the company’s 1.3% average annual revenue decline over the past five years.

While beating analysts’ consensus estimates in the first three quarters of 2018, fourth-quarter adjusted earnings per share (EPS) of $0.17 fell short of $0.28 estimates. However, the full-year EPS of $3.19 was 5.6% higher than last year and beat the $3.09 estimates by 3.2% on the strength of the company’s performance in the first three quarters. Harley-Davidson repurchased $382 million of its shares in 2018 and distributed another $250 million in dividend income distributions.

Harley-Davidson’s share price entered the trailing 12-month period on a declining trend that began in March 2017. Through mild volatility, the share price made few recovery attempts but continued the general downtrend. During this time, the share price advanced shortly to reach its 52-week high of $45.94 on June 15, 2018. However, after giving back those gains and more, the price fell to its five-year low by December 24, 2018.

Since bottoming out at $31.91 in late December, the share price has been riding a steady uptrend. Harley-Davidson’s stock recovered a little less than half of its losses since the beginning of the trailing 12 month and closed on March 4, 2019 at $37.88. This closing price was still more than 17% short of the 52-week high and 16.3% lower than it was 12 months earlier. While the share price has gained nearly 19% since its 52-week low on Christmas Eve, it is still nearly 45% lower than it was five years ago.

Despite a strong growth over the past decade, Harley-Davidson’s dividend income was unable to offset the significant asset depreciation over the past several years. Existing shareholders suffered a total loss of nearly 11% just over the past 12 months and lost one third of their investment over the past five years.

While Harley-Davidson managed to turn around and correct some of the technology and quality issues that plagued its product line as late as the 1990s, the company is losing market share to European and Japanese competitors, even in the U.S. market. Therefore, investors who feel that they were born to be wild and enjoy jumping on a “Hog” for worry-free ride down the road, should probably consider seeking investment gain away from HOG for now.