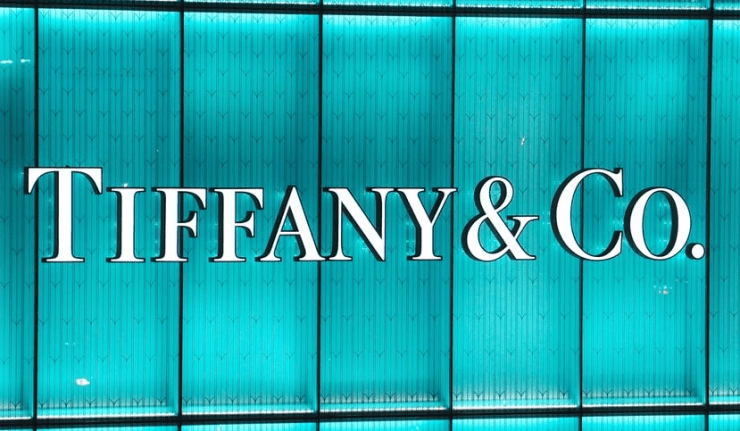 Following a decline of more than 40% in the second half of 2018, Tiffany & Co. (NYSE:TIF) reversed its share price’s downtrend and the stock price has gained nearly 20% since the beginning of 2019.

A share price decline of 40% in just five months might scare some investors. However, looking at the extended horizon of share price movement might instill some confidence that the Tiffany & Co. stock might offer opportunities to realize capital gains, as well as collect a dividend income of 2.3% along the way.

Prior to the decline in the second half of 2018, share price gained nearly 40% in less than two months on better-than-expected quarterly revenues and earnings. This share price surge created an artificial spike that was unsustainable and the share price returned to its long-term average growth trend. This long-term trend exhibited relatively stable growth with just a few major corrections. Over the past decade, the share price experienced drops of more than one-third of its value only three times. However, after each of those drops, the share price reversed direction and at least doubled over the subsequent 24 months and before the next correction.

Considering the current price level, doubling might be a tall order for the share price. However, the current closing price has at least 11% of room on the upside before reaching the analysts’ average target price of $106.68, and more than 30% before returning to its all-time high levels from last July.

After exceeding analysts’ earnings expectations in the first two quarters of 2018, Tiffany & Co. met consensus estimates for the third quarter. The company has scheduled a conference call for March 22, 2019, to report its fourth-quarter and full-year 2018 results, which ended on January 31, 2019. While reporting flat sales for the 2018 holiday period, Tiffany & Co. is expected to report record sales and net earnings for the full year.

Headquartered in New York, New York, and founded in 1837, Tiffany & Co., designs, manufactures and retails jewelry products and accessories. The company operates through five geographically based segments. With a 45% share of global net sales, the Americas region is Tiffany’s largest. The Asia-Pacific region excludes Japan and accounted for 26% of net sales in fiscal 2017 — the most recent full-year data currently available until full-year data release on March 22, 2019. The Japan market is its own region with a 14% share of net sales. With a 12% share of net sales, the Europe market, which encompasses operations in 12 countries, is smaller than the Japan market. Lastly, the Other segment accounts for just 3% of the company’s net sales from stores operated under a licensing agreement in the United Arab Emirates. As of January 31, 2010, the company operated more than 300 stores worldwide.

Entering the trailing one-year period on a relatively flat but steadily rising trend, the Tiffany & Co. share price made only marginal gains through mid-May 2018. However, financial results for the fiscal first quarter revealed a 15% revenue boost and a 53% enhancement in total net earnings. In addition to these results, the $1.14 actual earnings per share (EPS) shattered the $0.83 EPS figure expected by Wall Street analysts. These results boosted the share price more than 20% in a single trading session and drove the price into new all-time high territory. The share price continued rising and set 11 new all-time high closing prices over the subsequent 60 days.

However, after reaching its final all-time high of $139.50 on July 25, 2018, the share price began slowly giving back some of those gains. The price decline accelerated at the beginning of October. By the end of November, the share price had given back all its gains and continued to drop towards its 52-week low of $74.21 by December 24, 2019, which was 26% lower than the share price from the beginning of the trailing 12 months in mid-March 2018. While substantially lower than at the onset of the trailing one-year period, the current 52-week low was still within a small tolerance of Tiffany & Co’s long-term growth trend average and 23% higher than its was at the beginning of that trend 10 years ago.

However, the share price reversed trend once again and has been advancing with significant sell volatility that it experienced over the past 12 months. Tiffany & Co. saw its share price rise to close at $96.28 on March 11, 2019. While still trailing the all-time high by 31%, the current share price has risen 19.6% since the end of 2018 and nearly 30% above its 52-week low on Christmas Eve.

Tiffany & Co. currently has streak of raising its annual dividend distribution for the past 17 consecutive years. However, even a 10% dividend boost in 2018 was sufficient only to offset approximately half the share price decline over the past 12 months. While the total loss was 1.9% for the trailing one-year period, Tiffany & Co. delivered much better gains over extended time horizons. A share price decline during 2015 and the first half of 2016, limited total returns over the past five years to just 10.6%. However, the three-year total returns were more than 45% and the total return to shareholders over the past 10 years was 84%.

While experiencing increased volatility over the past 12 months, Dine Brands Global, Inc. (NYSE:DIN) -- owner and operator of Appleby’s and IHOP franchises -- continues to serve its shareholders with a steady stream of rising share prices. After reaching its all-time high above $110 in mid-February 2015, the share price lost more than 65% of its value before reaching its five-year low of slightly above $38 in early September 2017. While increased volatility of late is a legitimate concern,