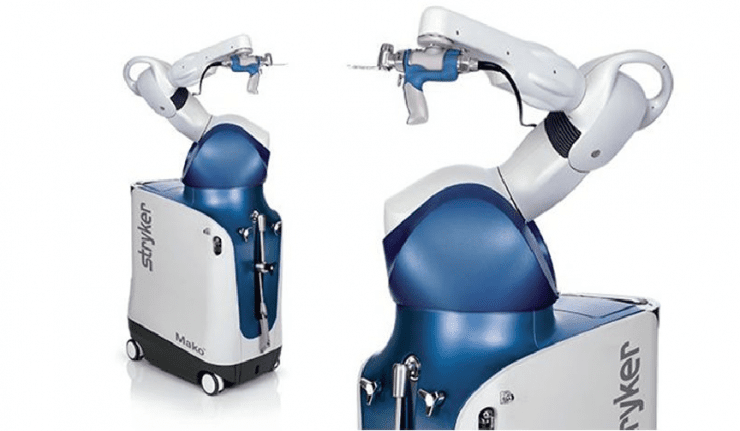 While experiencing a double-digit percentage decline amid the overall market correction in December 2018, the Stryker Corporation (NYSE:SYK) saw its share price recover quickly and advance to reach new all-time highs.

After slowing its growth early in the trailing 12-month period, the share price has resumed its growth to levels in line with its long-term trend. The share price advanced more than 10-fold during the decade prior to the 2008 financial crisis. However, after reaching its all-time high at the end of 2017, the share price lost nearly 60% of its value before it began to rise again in March 2009. Since embarking on its current uptrend in early 2009, Stryker increased its share price almost 450% before the double-digit pullback in late 2018.

On January 29, 2019, Stryker announced a 9.4% year-over-year net sales increase to $3.8 billion for the fourth quarter. Comparable sales growth was 8.6%. On those sales, Stryker delivered an adjusted operating income margin of 27.5%. The adjusted earnings per share (EPS) of $2.18 for the quarter marked an 11.2% increase over the same period last year. Additionally, the fourth-quarter EPS beat the $2.15 analysts’ estimates.

Headquartered in Kalamazoo, Michigan, and founded in 1941, the Stryker Corporation operates as a medical technology company. The company’s Orthopaedics segment provides implants used for joint replacement, trauma and extremities surgeries. The MedSurg segment offers surgical navigation, endoscopic and communications systems, as well as other surgical equipment. Additionally, this business segment provides patient handling, emergency equipment, intensive care disposable products and other medical devices for use in various medical specialties. The Neurotechnology and Spine segment provides neurotechnology products. These products include systems for minimally invasive endovascular techniques, brain and open skull based surgical procedures, as well as equipment for minimally invasive products for the treatment of acute ischemic and hemorrhagic stroke. Furthermore, the Neurotechnology and Spine business segment also offers orthobiologic and biosurgery products, such as synthetic bone grafts, vertebral augmentation products and spinal implants. The company sells and distributes its products directly to doctors, hospitals and other health care facilities, as well as third-party dealers and distributors in approximately 80 countries.

Investors might have expected a continuation of the long-term rising trend after this cooling period. However, increased fears of a full-out trade war with China and uncertainty about Fed’s actions on future interest rates resulted in a substantial market pullback in December 2018. The decline affected all market sectors and the Stryker stock was not immune.

In just two weeks, Stryker’s share price dropped nearly 16% and reached its 52-week low on December 24, 2018, like most of the equities and the overall markets. After bottoming out at $145 on Christmas Eve, the share price reversed direction immediately and embarked on a steep uptrend. By mid-January 2019, the share price regained all of its losses from the beginning on the trailing one year and also recovered to reach its previous all-time of nearly $180 from mid-2018 by the end of January 2019.

The share price continued rising higher and achieved 10 new all-time highs since the beginning of February. On March 14, 2019, the share price closed at its most recent all-time high of $193.35. This advancement represents a 16.2% asset appreciation over the past 12 months. Furthermore, the March 14, 2019, closing price is 33% higher than the 52-week low from Christmas Eve, as well as nearly 140% higher than it was five years ago.

Stryker has been distributing rising dividends for nearly two decades and currently pays a $2.08 annual dividend per share, which corresponds to a 1.1% yield. While the yield is lower than the overall market average, it is more than twice the average yields of Stryker’s industry peers in the Health Care sector and the Medical Instruments & Supplies industry segments. Stryker has ben paying dividends since 1981 and boosted its annual dividend amount for the past 19 consecutive years. Over this period, the total annual dividend amount advanced 530%, which corresponds to an average growth rate of 10% per year.

previous article
Goldman Sachs or Boeing: Which ‘Dog of the Dow’ Will Really Hunt?
next article
Big Profits Being Banked on Cyber Warfare

Home Construction Builds Stocks Back Up