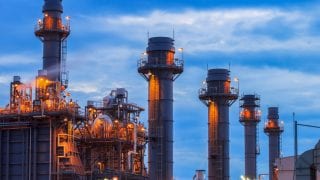 Profit from Natural Gas with This Fund

Currency investors watched the euro hit a two-year low versus the U.S. dollar on Tuesday. The drop was, in part, due to the European Union’s delay in delivering another round of badly needed bailout funds to Greece — despite the fact the country had just approved another round of austerity measures. The EU’s inability to agree with the International Money Fund on a long-term Greek rescue plan caused the funds to be delayed. The longer this issue remains undecided, the worse it could be for the euro.

Mitt Romney may have lost the election, but the Republican philosophy of “drill baby drill” is alive and well. That’s because, by the end of the decade, the United States is projected to pass Saudi Arabia in oil and gas production — much to the delight of domestic oil industry investors. The International Energy Agency announced that by 2020, unconventional means of oil and gas extraction will vault the United States ahead of Saudi Arabia’s 11 million barrels per day and, by 2035, the United States would be totally independent of Middle Eastern Oil.

Forget the “fiscal cliff.” There’s an even larger nightmare lurking on the horizon for U.S. citizens. The ongoing Hostess bakers’ strike in protest of a restructured contract could jeopardize the company’s bankruptcy plan, lead to a liquidation of assets, and upset the entire snack-cake industry for investors. Worse yet, the labor dispute could mean the end of the Twinkie, at least temporarily. With the bakers’ strike currently affecting 24 of 36 Hostess production plants, the situation “… needs to be resolved in days, not weeks,” said CEO Greg Rayburn. Let’s hope cooler heads prevail before the unthinkable happens: the Twinkie’s extinction.

Exclusive  Profit from Natural Gas with This Fund
share on: FacebookTwitter

share on:
Exclusive  Profit from Natural Gas with This Fund