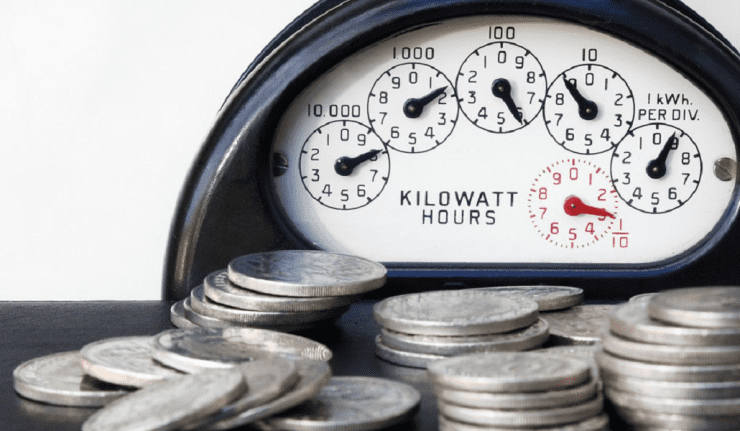 Edison International (NYSE: EIX) — one of the largest investor-owned utilities in the country — has been growing its capital gains since a substantial share price drop in mid-November 2018 and the trend seems to have enough steam to continue into the second quarter of 2019.

The company was named as a plaintiff in a lawsuit alleging that its Southern California Edison subsidiary was at least partially responsible for causing the Woolsey Fire. The fire burned nearly 100,000 acres and destroyed more than 1,600 structures in early November 2018.

Edison International’s most recent financial report on February 28, 2019, disclosed a 6.6% reduction in fourth-quarter revenues on a year-over-year basis to $3.01, which beat analysts’ expectations by nearly 4%. However, quarterly earnings per share (EPS) of $0.94 missed analysts’ expectations of $0.96 by 2.1%.

Full-year 2018 revenues of $12.66 billion marked a 2.7% improvement over the previous year and were also within 0.6% of analysts’ expectations. Additionally, the $4.15 adjusted EPS was just one cent short of expectations and 7.8% below last years $4.50 amount per share.

Based in Rosemead, California, and founded in 1886, Edison International generates, transmits and distributes electric power, with its operations being based through two divisions. Southern California Edison (SCE) is one of the nation’s largest investor-owned utilities, and the company’s service area includes approximately 430 cities and more than 50,000 square miles in central, coastal and southern California. Through more than five million residential and commercial accounts, the company provides electric power to approximately 15 million people, more than the entire population of Pennsylvania — the fifth most populous state in the United States. The other division, Edison Energy, is based out of Irvine, California, and is an independent advisory and service company for commercial and industrial energy users. Edison Energy helps companies reduce energy costs, improve environmental performance, ensure energy resiliency and manage exposure to energy price risk.

Edison International’s current $0.6125 quarterly dividend amount reflects a 1.24% hike over the previous period’s $0.605 distribution. This new payout amount corresponds to a $2.45 annual distribution amount and a 3.8% forward dividend yield. The steady supply of annual dividend hikes over the past several years drove this current dividend yield 30% higher than the company’s own 2.9% average yield over the past five years.

While distributing dividends for more than a century, the company went through a serious financial downturn and eliminated dividend distributions from 2001 through 2003. However, Edison International tripled its total annual dividend distribution amount since reinstating its dividend payouts in January 2014. This level of dividend advancement corresponds to an average annual growth rate of 7.7% per year over the last decade and a half of consecutive annual dividend hikes.

The Cypress Semiconductor Corporation (NASDAQ:CY) adjusted its product mix with a focus on Internet of Things (IOT) and automotive technology markets to continue rewarding its shareholders with long term capital gains and robust dividend income distributions. Some of Cypress Semiconductor’s larger and more prominent competitors -- such as Western Digital Corporation (NASDAQ:WDC) -- are suffering significant revenue declines because prices of certain lines of chips are dropping significantly