Steve Moore and Trump Fight the Fed… and the Economics Establishment

“Steve Moore isn’t qualified to be a member of the Fed. He doesn’t have the intellectual gravitas.” — Greg Mankiw, Harvard University

Supply-side economist and long-time friend Steve Moore is under fire since being nominated by President Trump last week to fill a vacancy in the Federal Reserve Board. 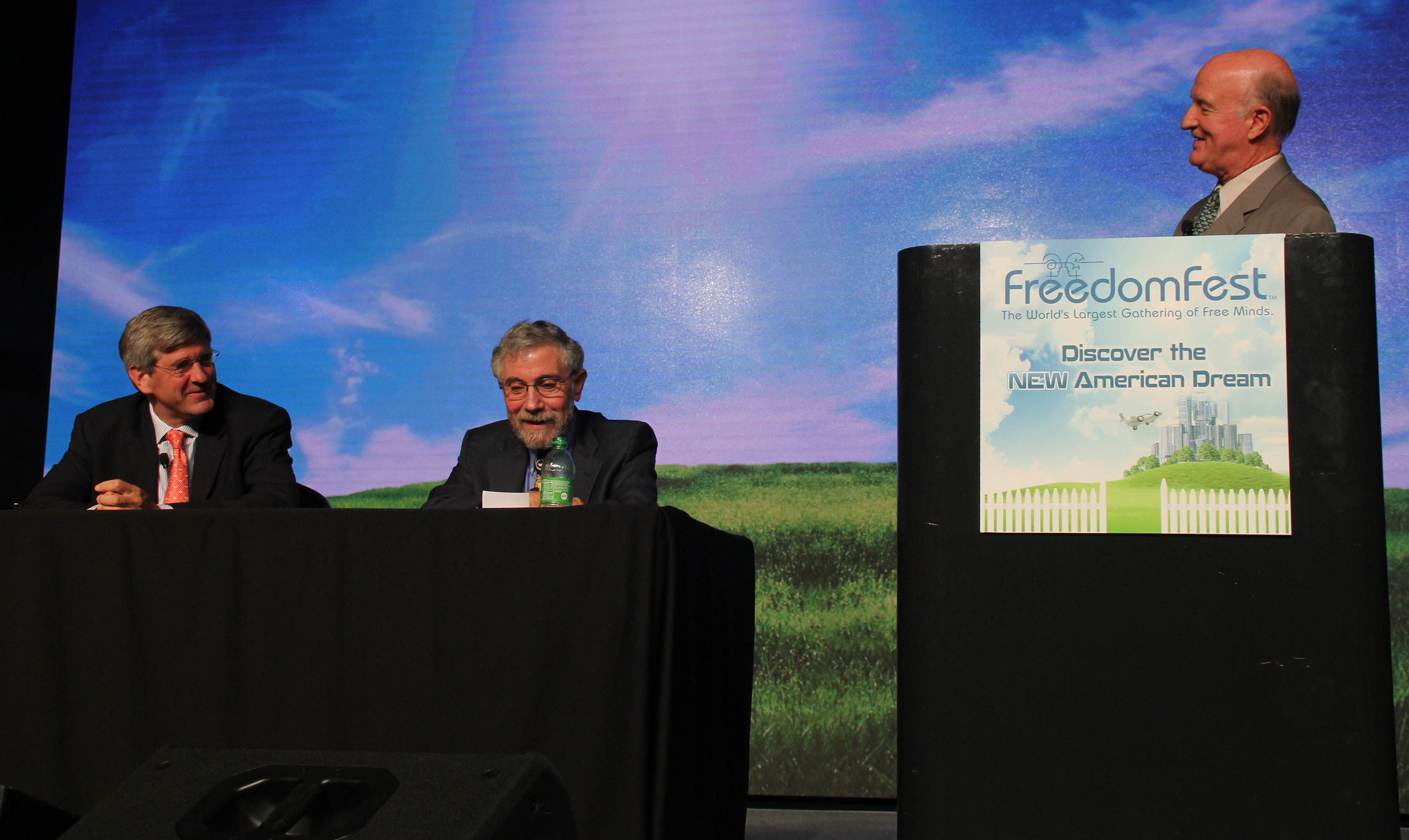 Moore has worked as an economist for more than 30 years in Washington, D.C. He was a member of the editorial board of The Wall Street Journal, founder of the Club for Growth and chief economist for the Heritage Foundation. He worked for the Joint Economic Committee under Dick Army. He also has been a regular contributor on Fox News and lately CNN.

Still, he has been criticized on two levels. First, he does not have a Ph.D. in economics and therefore, according to critics, does not have the technical skills to be on the Fed board. (My response is that he has a master’s degree in economics from George Mason University and has worked for 30 years on economic issues.)

Second, critics say he’s too politically biased to be an objective member of the Fed. This bias has tainted his outlook, the critics contend. When President Obama was in power, he attacked the Fed for being too loose and predicted runaway inflation. Now that President Trump is in power, he has attacked Fed policy under Jay Powell as too tight, claiming it is hurting the economy. Those naysayers also assert Moore has written a highly biased book called “Trumponomics: Inside the America First Plan to Revive Our Economy.”

And just yesterday, it was reported that Moore owes the IRS $75,000 in taxes and penalties related to his divorce.

The media is out for blood. Supporters such as John Fund have defended Moore on CNBC and elsewhere. So far, Moore has the support of the Republicans, who control the Senate, and President Trump is not backing down. It will be a tough confirmation battle.

Steve Moore to Defend His Record at FreedomFest

I talked to Steve this past week and he’s determined to win this fight. He told me he won’t be silenced, and he plans to speak at FreedomFest, set for July 17-20, at the Paris Resort in Las Vegas.

He will be debating Donald Boudreaux, economics professor at George Mason University, on “The Trump Trade War: Art of the Deal, or No Deal?”

Other keynote speakers include Kevin O’Leary of “Shark Tank” and John Mackey, CEO of Whole Foods Market, who will square off in the “Libertarian Duel in the Sun” on July 18 about “Conscious Capitalism vs. Pure Greed.”

For the full list of speakers, debates and panels, go to www.freedomfest.com.

Exclusive  Three Pharmaceutical Equities to Buy Amid the COVID-19 Crisis

Join Hilary Kramer, 70+ other high-caliber wealth experts and me at the Wealth365 Summit online event April 8-13 — it’s free! Wealth365 is more than a conference — it’s the gold standard experience dedicated to authentic and actionable online education in the areas of trading and investing, real estate, entrepreneurship and all things wealth. It’s all 100% online so you don’t have to leave the comfort of your home or office. Click here now to register for FREE.

Thanks to the efforts of Connor Boyack and the Libertas Foundation think tank, Utah Gov. Gary Herbert has signed the state’s new data privacy law (HB 57), making Utah’s version the strongest in the country.

The new law requires a warrant for law enforcement to access your data, whether it’s on your personal device or stored in the cloud. As Molly Davis, a policy analyst with Libertas Foundation writes in Wired, “Without that warrant requirement in place, private data is left vulnerable to fishing expeditions that are rife for abuse.”

Utah is the first state to pass such legislation. Techdirt declared, “More states should be like Utah — a phrase that’s probably never been uttered before.”

The decision is especially important in Utah. The state is the headquarters of the highly secretive National Security Agency’s facility that contains supercomputers that gather and store data from emails, phone calls, Google searches and other activities done by Americans. The $1.7 billion facility is located in the point of the mountain between Salt Lake and Provo.

Maybe the new law will put a dent in the violation of our rights to privacy — but I doubt it.

While experiencing a mid-year decline of more than 20%, the Sysco Corporation (NYSE:SYY) share price recovered to deliver 10% capital growth over the past 12 months. Additionally, the share price has been experiencing a higher level of volatility since 2000. However, despite the increased volatility, the Sysco Corporation maintained a strong overall share price uptrend. The price advanced more than 360% since March 2000 and tripled over the past decade. The price trend flattened out and the s