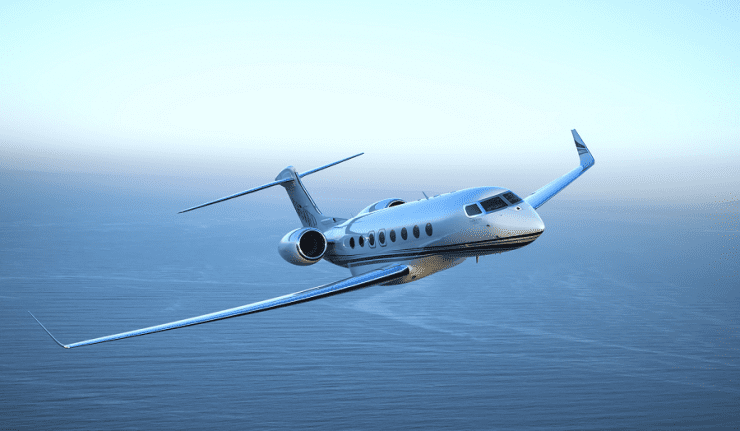 After retreating more than 25% from its all-time high in March 2018, the General Dynamics Corporation (NYSE:GD) stock might be nearing a trend reversal and getting ready to break higher.

There are no clear signals pointing at an immediate share price upsurge yet. However, investors should at least do their preliminary research and be ready to move at the earliest indication of directional change. General Dynamics has had its share of stock price fluctuations. However, the General Dynamics Corporation has resisted prolonged downturns and managed to come back every time even stronger to deliver steady asset appreciation, as well as dividend income.

The share price lost 55% of its value in the aftermath of the 2008 financial crisis and fell below $42 by March 2009. Unlike during past pullbacks when the share price recovered quickly and continued rising, the General Dynamics stock struggled to recover after the 2008 downturn. The share price finally recovered fully to pre-crisis price levels by the end of 2013.

The longer-than usual recovery time might have created some unwarranted exuberance among investors eager to take a long position, which most likely overheated the stock and sent it rising above levels supported by the company’s fundamentals. While the sharp rise benefited new investors, a correction to more normal price levels became almost inevitable.

After peaking at nearly $230 in early March 2018, the share price reversed direction and came down more than 25%. While drops of that magnitude generally indicate deeper troubles, General Dynamics does not show any fundamental weaknesses and the company’s earnings keep exceeding investors’ and analysts’ expectations.

The red line on the graph below represents a price trendline from January 2000 to the most recent closing price on April 3, 2018. While lower than the all-time high, the current closing price is clearly still in the average range of the uptrend over the past two decades. 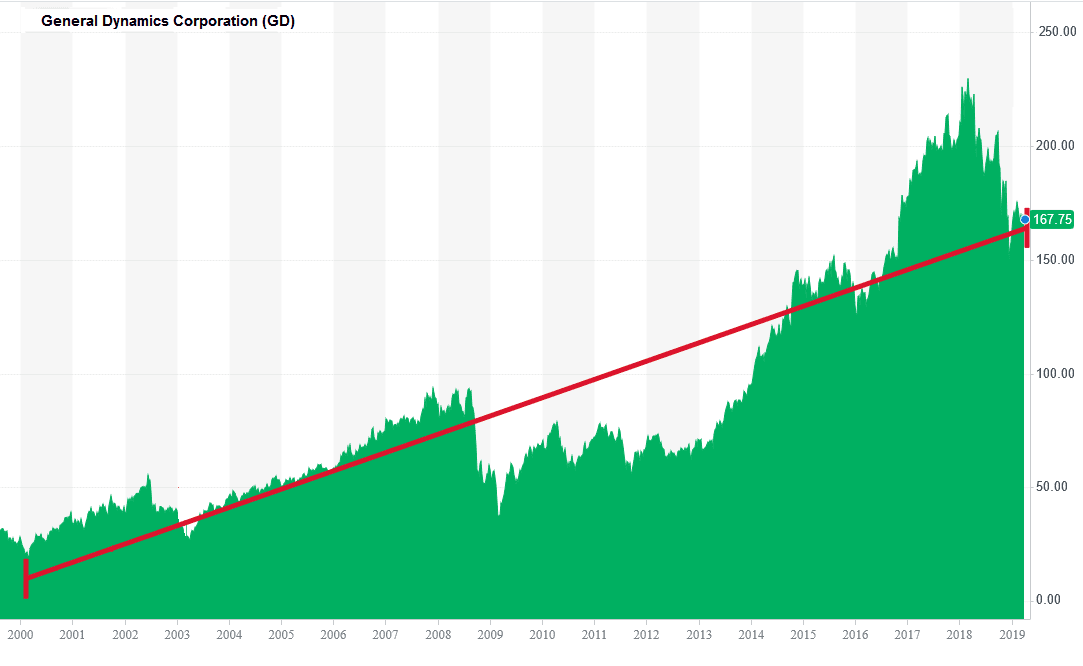 On January 30, 2019, General Dynamics reported fourth-quarter 2018 revenues of $10.4 billion, which was 25.4% higher than revenues in the same period last year. All five of General Dynamics’ business segments contributed to the revenue growth in the last quarter.

Net earnings of $909 million were equivalent to $3.07 earnings per share (EPS), which was an improvement of almost 45% over the same period last year. Additionally, the $3.07 EPS beat analysts’ expectation of $2.98 by 3%. The analysts’ earnings estimates of $2.46 for the next quarter are slightly lower than the $2.49 expectation figure for the first quarter 2018 last year and substantially below the $2.65 actual EPS for that period.

Full-year revenues of $36.2 billion were nearly 17% above the $31 billion revenues in 2017. Net earnings advanced 15% to $3.35 billion, which was equivalent to an $11.22 adjusted earnings per diluted share. During 2018, General Dynamics returned $2.8 billion to shareholders. Nearly 65% of those funds came through repurchasing of more than 10 million shares and $1 billion was the total of all dividend income distributions in 2018.

However, after the Christmas Eve low, the share price finally embarked on a sustainable uptrend and advanced more than 13% before closing on April 3, 2019, at $167.74. This closing price was still nearly 24% lower than it was one year earlier but 60% higher than five years ago.

Rising dividend income distributions offset a portion of the capital losses to cut the total loss over the past 12 months to 20%. However, just a few additional periods of steady share price growth are that stands between the shareholders and returns on investment similar to the 36% total over the past three years or the 70% total return over the past five years.