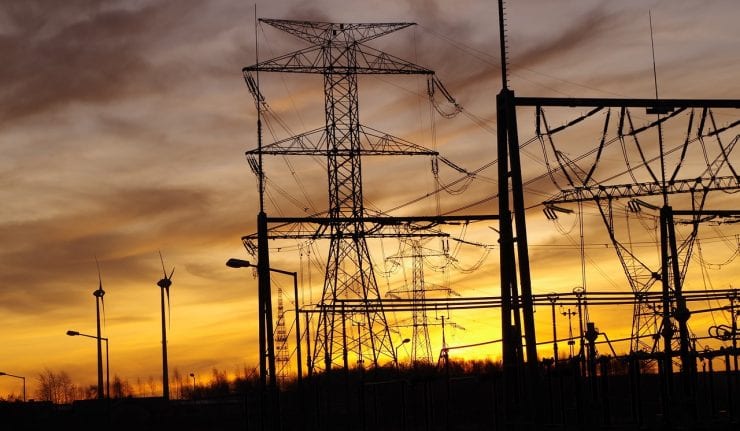 The narrative of a second-half 2019 recovery for the global economy is starting to gain wider-spreading credibility as optimism grows about closure to a U.S.-China trade deal and avoiding a hard-Brexit.

Further optimism for investors comes from dovish central bank policy both here and abroad that is keeping rates low amid modest inflation data. Those factors combined should help cyclical sectors to attract new funds flows later in the year, compared to the first two quarters of 2019.

Within this still-unfolding thesis, oil prices have begun to rebound and now trade at their highest levels in more than four months. WTI crude now trades at $64 per barrel. At that level, oil analysts expect U.S. production to be increased to take advantage of the recent price increases. The raising of production typically has pushed oil prices back down as supply comes on the market very quickly.

But if China, greater Asia and Europe will increase economic activity later this year, and the U.S. economy re-accelerates — the case for crude holding on to the majority of its gains begins to make sense — but not to where I want to purely speculate on global crude prices.

Instead, I’d rather take a shot at seeing the U.S. energy infrastructure sector recover from the deeply depressed levels it has been trading at for the past four-plus years. After considerable improvements in oil and gas technology, the costs associated with producing, refining, transferring and storing oil, natural gas, distillates and liquids has come way down during these past four years.

These significantly higher efficiency levels for getting product out of the ground, refined and to end markets makes for a much stronger investment proposition for the U.S. energy infrastructure master limited partnerships (MLPs) — the most compelling of which is the distribution coverage that is presently the most secure it has been than at any time in the past five years.

In fact, most of the leading energy MLPs have started to increase their distributions after a long spell of decreasing or fighting to just maintain them. The average coverage for annual distributions within the industry is now up to 1.4x, the highest rate in five years.

The benchmark for energy MLPs is called the Alerian MLP Index (AMZ) and is the standard by with all energy-related MLPs are measured. The long-term chart of the index shown below covers the past 22 years from when you could count the number of MLPs on one hand to today, when there are 94 publicly traded MLPs, the great majority in the energy space.

With a very well-known history of investors getting burned during the energy melt-down that stretched from late 2014 and into early 2016 when several MLPs went bankrupt, the industry has gone through a three-year corrective process where all the marginal highly leveraged players were rinsed, assets were sold at steep discounts and the strong survived. Those MLPs that are left positioned themselves to thrive as America continues to pursue its long-term goal of energy independence. I now believe the sector is ready to rally.

I’m making a call on the likelihood that domestic and global oil producers won’t let prices crash like what happened in 2015 when the entire industry felt a shock. Even the world’s most stalwart oil companies were reeling amid the price wars among OPEC and non-OPEC nations that broke out. It was highly destabilizing where the risks of that happening again are now minimized for fear of something along the lines of “mutually assured destruction” materializing for the sector.

With that said, there are no guarantees. Since this is, at the end of the day, a volatile commodity, buying into the energy sector should be done so with discipline and caution to leg in carefully in terms of portfolio allocation. For my comfort zone, I prefer to own the top players in the sector by way of an exchange-traded fund (ETF).

And what better way to do so than to consider an ETF that mirrors the Alerian Index itself — namely the Alerian MLP ETF (AMLP) — a no nonsense ETF that pays a tax-friendly quarterly 1099 dividend (not an onerous K-1) of $19.5 cents, or $0.78 per year, which equates to a very attractive 7.65% dividend yield. Shares of AMLP have gained 17.5% so far for 2019 and yet, in my view, there is more good news and price appreciation to come.

Looking at the top holdings of AMLP that make up just over 72% of the total assets within the fund, I find the investment proposition and timing to be compelling and one that all income investors should consider. The energy sector has sorely lagged but is now waking up as a powerful inflation-fighting vehicle that delivers almost 3x the income of a 10-year Treasury Note, while offering a chance for steady capital appreciation.

Get Quotes for Top Holdings

Having a slice of energy infrastructure exposure to one’s portfolio is what I believe to be a timely trade today, but I’ll go one better. Within my Cash Machine high-yield advisory service, I’ve recently recommended an Energy MLP ETF that also replicates the Alerian MLP Index, but also employs leverage and a proactive options strategy to the underlying stock portfolio where the yield is an eyebrow-raising 15.78%.

Here too, this ETF pays out a tax-friendly 1099 (no complicated K-1s) dividend, but does so on monthly basis — making for a special situation that is suitable for aggressive income investors. 1099 taxable income means shares of AMLP and this Cash Machine ETF recommendation can be owned in IRAs and retirement accounts.

To learn more about a high-yielding energy investment and other special situation assets with double-digit yields, click here and discover how Cash Machine may be able to provide you with a gusher of energy-related income.