U.S. Stocks Fall on Wal-Mart Forecast, Budget Debate (Bloomberg)
U.S. stocks fell, after the Dow Jones Industrial Average dropped to the lowest level since June, as Wal-Mart (WMT) Stores Inc. forecast earnings that missed estimates and lawmakers prepared for budget talks. Wal-Mart is probably the best economic indicator today,” Richard Sichel, who oversees about $1.8 billion as chief investment officer at Philadelphia Trust Co., said in a phone interview. “We have the daily drumbeat from Washington with investors watching, waiting and hoping that something will be resolved on the budget and enough progress will be made to take us to the end of the year without too much volatility.”

“Fiscal Cliff” Budget Cuts Could Devastate States, Cities (Reuters)
States, cities and towns, still wounded by losses of jobs and tax revenue during the recession, warned Washington on Thursday that they are in poor shape to withstand another hit if Congress takes no action to stave off sharp automatic budget cuts mandated at the “fiscal cliff” deadline. “If we go over the cliff, not only will the job losses send us back into recession, but the psychological impact would be such a blow … I don’t think we’d ever get over it, really,” said Greg Stanton, mayor of Phoenix, Arizona.

Apple Stock Hit by Panic Selling: ‘Someone Yelled Fire’ (CNBC)
early every mutual and hedge fund has piled into Apple during its spectacular rise over the past few years. Now, these same funds are scrambling for the exits as the stock goes through an equally spectacular decline. “Apple was the classic case of no more incremental buyers of the stock,” said Enis Taner of RiskReversal.com. “No matter how bullish a story, you need new buyers of the stock each and every day, or it will go down. Simply put: Apple has run out of them.” 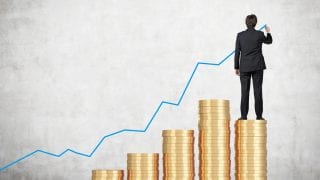 share on:
Exclusive  The Real Cause of Income Inequality Will Surprise You