Why ‘Average Inflation’ Matters to You 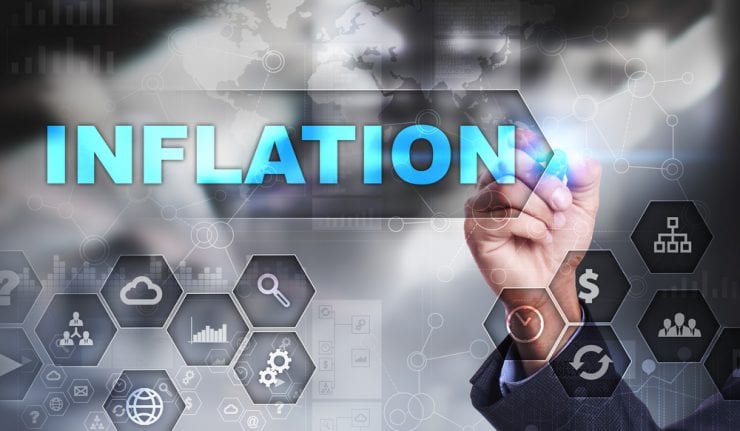 Today is Fed day, and as expected, Federal Reserve Chairman Jerome Powell and the Federal Open Market Committee (FOMC) left interest rates unchanged. The Fed did, however, mention something that could be of key importance going forward.

In the Fed’s FOMC statement, officials noted how inflation, after excluding the volatile food and energy categories, was running below the central bank’s 2% target. In his presser following the release of the statement, Chairman Powell did say that the recent softening in inflation was likely to be “transient.”

Yet Powell went on to qualify that if this outlook proved wrong — and the recent weakness in price pressures was persistent — that would be “something we would be concerned about.”

The bottom line here is that the Fed is standing pat for now, and there will be no immediate “precautionary” rate cut as many pundits had speculated. As Powell put it, “We don’t see a strong case for moving [rates] in either direction.”

Yet aside from just a simple rate cut, there is another move the Fed could make that has potentially big implications for equities, bonds and your money. This move is all about what’s known as “Average Inflation,” and this subject is something that my friend, macro-analyst extraordinaire and contributor to my Intelligence Report advisory service Tom Essaye has written brilliantly about.

Tom is the founder and editor of the Sevens Report, a daily market update and analysis that I highly recommend to all my readers.

Today, I am pleased to present you with a special guest editorial by Tom Essaye on this subject. I think you’ll find it as thought-provoking as I did. — J.W.

Why Average Inflation Matters to You

One of the key catalysts that could continue driving markets higher from here is the Fed, and particularly a more-dovish-than-expected Fed. This outcome is, in some ways, more likely than most appreciate.

Now, I’m not talking about the Fed cutting rates. Unless economic data or inflation nosedive from here (and both are unlikely, especially with what’s happening to oil and the positive impact that will have on inflation), the Fed is “on hold” for the remainder of 2019.

However, in June, the Fed could turn more dovish in a different way — one that could have profound implications on the returns of commodities, stocks and bonds over the coming decades — because it’s happened before.

The specific dovish event I’m referring to is the Fed potentially changing its inflation target from a 2% ceiling to a 2% average.

The Core PCE Price Index has been under 2% annually for 10 straight years. And last year, as the Core PCE Price Index approached the Fed’s 2% inflation target, the Fed hiked rates four times to stop the ascent. That, in turn, choked off growth in the short term, nearly inverted the yield curve and contributed to a correction in stocks.

But, if the inflation target is set to an average, that likely wouldn’t have happened. Why? Because if it’s an average, then inflation needs to spend time above 2%, which means the Fed will initiate interest rate hikes less frequently as inflation rises. And since inflation has been under 2% for years, it’s conceivable that the Fed could allow inflation to rise above 2% for years to come. Practically speaking, that means a more dovish Fed than we’ve seen in decades.

Here’s what I mean.

It means that over the longer term, we could be investing in an era of higher inflation — something no one in the markets has seen since the mid-1990s. And, it’d be a major reversal from the asset allocation strategy that has worked so well for the last 25 years.

When inflation is low (1995-Present) that’s good for 1) Bonds, 2) Stocks (mostly) 3) Consumers (via low interest rates) and it’s bad for 1) Commodities and 2) Hard Assets. But, when inflation is high, the biggest loser is bonds — so this move could represent a material change in different asset class performances going forward.

Bottom line, there are increasing signs the Fed is willing to let inflation run higher than at any time in the past 30 years. That potential change could be longer-term positive for hard assets and stocks and longer-term negative for bonds and fixed income. This could be an important development, given the impending retirement of millions of baby boomers who are about to start relying on fixed income.

The Fed’s “framework” conference in early June (June 4-5) will be where they discuss an “average” inflation target. I don’t expect any bombshell announcements at this point, but by the end of that conference, we should know 1) Whether the shift to an “average” inflation target is going to happen and 2) The process by which it does happen (it’s going to be a long one as the Fed does nothing quickly unless all hell is breaking loose).

Interestingly, I did not miss the irony of writing this piece about low inflation, because if you’re like me, real inflation (health care costs, tuition costs, property costs, car costs, etc.) is moving well above 2% per year! So, if I were invited to this conference, which of course I will not be, I would urge the Fed not to consider changing its inflation target, but to think about the way it defines inflation instead.

I’d be happy to show them a pie chart of my monthly expenses as a reference point, because the inflation rate of the things I need to pay for (those mentioned above) said bye, bye to 2% a long time ago.

So, I shudder to think what will happen if the Fed decides to let inflation run going forward. Yet, I learned early in this business we must trade the market we’ve got… not the one we wished we had. — T.E.

Thanks again to Tom for that outstanding analysis. I know I will be keeping a keen eye on the average inflation issue. I will be writing more about that in this publication, and in my newsletters… so stay tuned!

One week ago, I was the featured guest on the quarterly webinar “ON THE MOVE.” This webinar series was hosted by my friend and precious metals expert Rich Checkan of Asset Strategies International (ASI), and market analyst extraordinaire Chris Blasi.

During this webinar, the three of us had an in-depth discussion of the current socialism vs. capitalism debate, and the implications of that debate for our country and for our money. We also discussed the current market milieu, including earnings season, the future of equities, the U.S. dollar, the future of gold prices and many other important topics. If you want to watch a replay of this event, simply click here.

Also, if you’ve been thinking about owning gold and precious metals, Rich is the man to guide you. In fact, he’s my “go-to precious metals expert.” So, if you are looking to invest in physical gold or other precious metals, I highly recommend a discussion with Rich.

He and his team at Asset Strategies International can be reached at infoasi@assetstrategies.com, or via phone at 1-800-831-0007. To sign up for ASI’s free newsletter, which I also strongly recommend, click here.

Birds-eye view, awake the stars ’cause they’re all around you
Wide eyes will always brighten the blue
Chase your dreams, and remember me, sweet bravery
’Cause after all those wings will take you up so high
So bid the forest floor goodbye as you race the wind and
Take to the sky…

The pop/rock band Owl City lives up to the folklore of a wise old owl in its lyrics here to “Take To The Sky.” The song reminds us that opportunities and the good things in life are always around us, if our eyes are wide enough to see them. It also reminds us that our values are worth fighting for, and that we must arm ourselves with the bravery required to spread our wings and take to the sky in search of achievement. 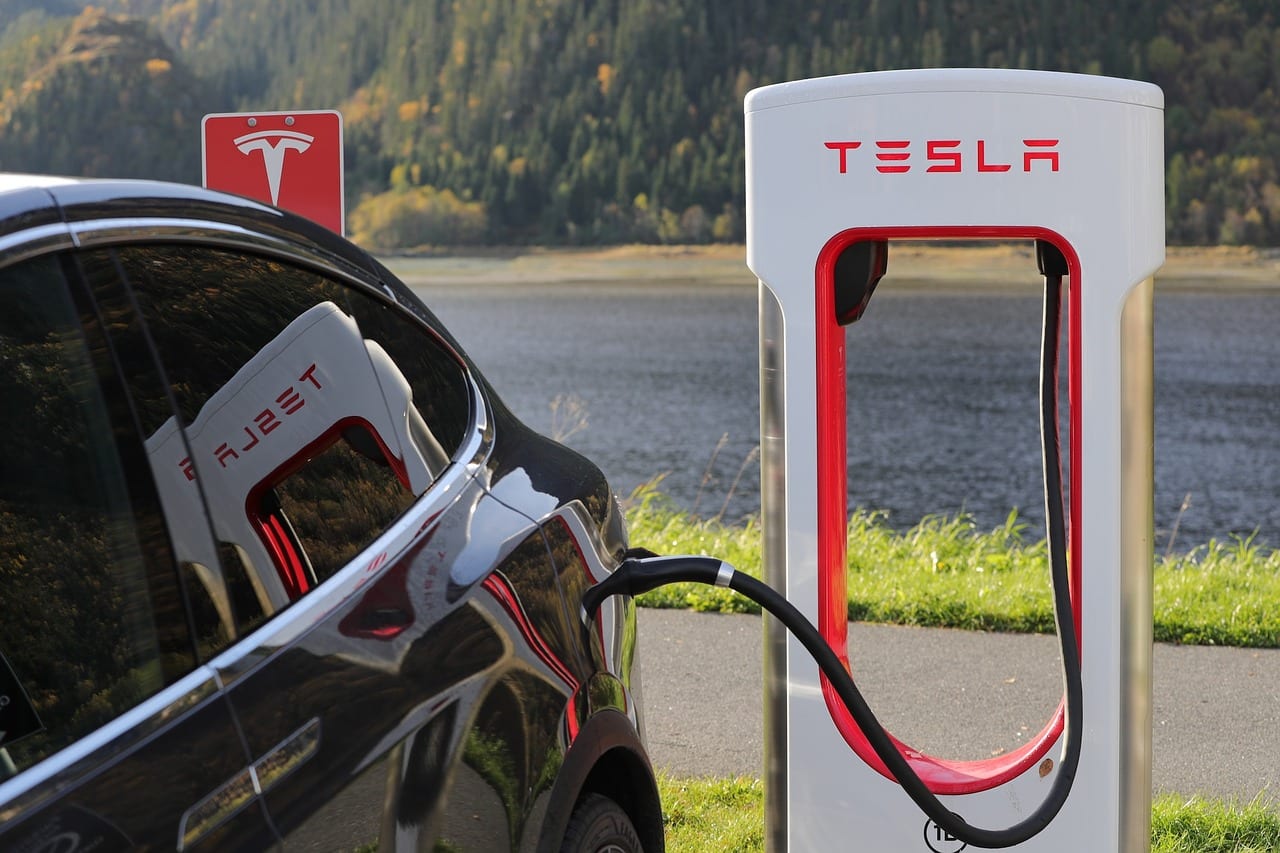 Paul Dykewicz explains the reasons behind Tesla’s share price drop and what to expect next.