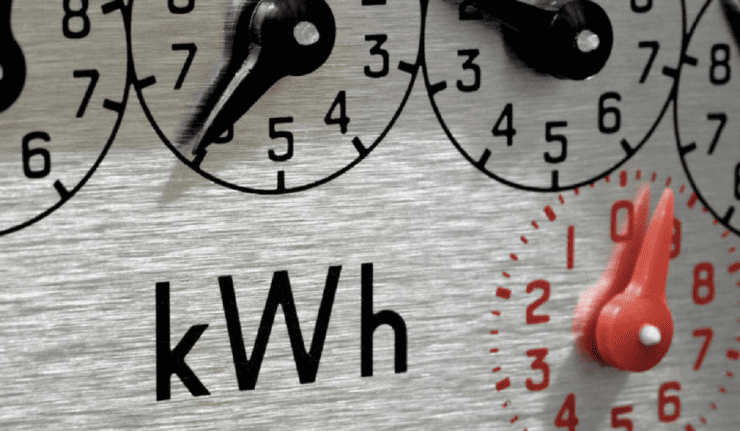 The American Electric Power Company, Inc. (NYSE: AEP), a public utility holding company based out of Columbus, Ohio, rewarded its shareholders with capital gains of 21% and a total return of almost 25% over the past 12 months.

The company’s share price has experienced moderate volatility and failed to break above the $50 resistance level for decades before the 2008 financial crisis. However, after losing more than half of its value during that crisis, the share price embarked on a steady uptrend with minimal volatility for more than a decade.

The graph below illustrates the steady growth of the American Electric Power Company stock over the past 10 years. The share price advanced 240% from below $25 in May 2009 to the current $80-plus level. This pace of advancement corresponds to an average annual growth rate of 13%. Correspondingly, the annual advancement is equivalent to an average growth rate of 1% per month over the past 10 years. Additionally, the graph also indicates the low level of share price volatility. The largest pullback over the past decade occurred from November 2017 to February 2018 and was only 18%.

In addition to positive technical indicators, positive financial results provide additional support for a potential continuation of capital gains. On April 25, 2019, the American Electric Power Company reported the results for the first quarter of 2019.

On the strength of the first-quarter results, the American Electric Power Company reaffirmed its guidance for full-year 2019. The company anticipates earnings per share (EPS) in the $3.97 to $4.17 range. Additionally, the adjusted earnings are anticipated to range between $4.00 and $4.20 per share.

The current $0.67 quarterly dividend is 8.1% higher than the $0.62 payout from the same period last year. This new quarterly payout corresponds to a $2.68 annualized amount and currently yields 3.13%. Because the share price growth outperformed the pace of dividend hikes, the current yield is 5.7% below the company’s own 3.38% five-year yield average. However, while trailing its own five-year average, the current 3.2% yield outperformed the 2.09% average yield of the overall utilities sector by 53%, as well as the 2.24% simple average yield of the Electric Utilities subsegment by 42%.

Still on the slight pullback that began in late 2017, the share declined 9.4% at the onset of the trailing 12-month period. The share price reversed direction and embarked on its current uptrend after reaching its 52-week low of $62.93 on June 11, 2018. The share price dipped slightly along with the overall market in December 2018. However, the share price had recovered fully from that dip by late February 2019 and continued rising to gain nearly 37% above its June low by the time that the price reached its new all-time high of $85.98 on March 26, 2019.

The combined benefits of robust share price growth and rising dividend income distributions have rewarded shareholders with a total return of 25% over the past 12 months. Over the past three years, the 46.4% total return was nearly twice the one-year return. Furthermore, the total returns over the past five years have exceeded 80%.

previous article
When Will the Bear Come Out of Hibernation?
next article
Big Tech Growth Is Dead (Only If Your World Begins and Ends with Apple)