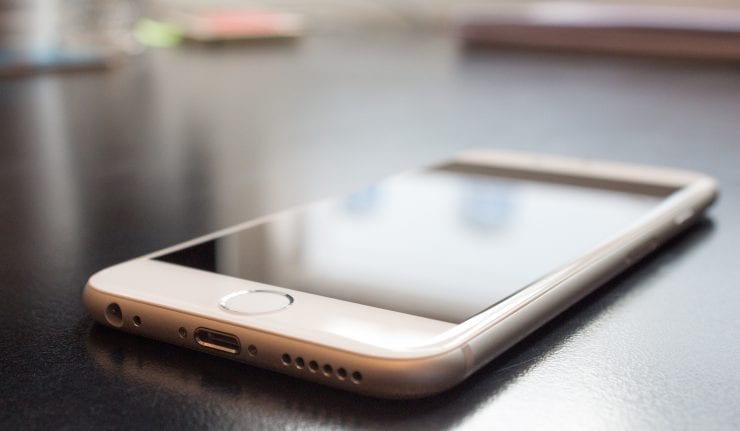 Four weeks into the first-quarter 2019 earnings cycle, it looks like talk about a full-fledged recession was based less on substance than on shade. We might end up with zero deterioration from last year or even a razor-thin slice of growth.

And depending on how you draw the sector lines, it was even a good quarter for the technology companies that led the market up last year and then led it down. The lights haven’t gone out in Silicon Valley after all. There’s just a giant in Cupertino, California, blocking the sun.

Tapping the Brake, Not Hitting the Skid

Like a lot of investors, I wrote off the recent quarter months ago. The mood was too negative and high-profile sales warnings from companies like Apple Inc. (NASDAQ:AAPL) and Amazon.com Inc. (NASDAQ:AMZN) dominated the gloom.

Between those flashes of weakness at the top and the combination of a government shutdown, bad weather, tariffs and a feisty Federal Reserve in the background, the math pointed to a 4 percent earnings decline.

That’s just strong enough to support a quarter or two of patience without inspiring a lot of urgency to buy stocks that will only look a little overpriced on a fundamental basis until growth comes back.

In short, it creates a holding pattern, leaving the market gears grinding. And since I suspected any stall of that scale would take at least a few months to reverse, there weren’t a lot of reasons to get excited about the market as a whole until late this year, at the earliest.

That doesn’t mean there weren’t pockets of earnings excitement on the horizon. Amazon, for example, was still on track to boost its 2019 profits at least 35 percent over last year’s level. Its only crime was not growing fast enough to inspire confidence in its ability to command an even higher valuation.

But Amazon has been formally classified as a consumer discretionary stock. As a result, a lot of sector metrics don’t weigh its performance against other technology stocks.

Likewise, while most of us still reflexively consider Alphabet Inc. (NASDAQ:GOOG) and Facebook Inc. (NASDAQ:FB) “internet” companies, their results are assigned to the new communication services sector, not technology.

That’s important because even though the market had lost faith in Facebook’s ability to expand its earnings this year, our math suggested that Alphabet was still growing at a 7 percent rate, at least.

Cut these three huge companies out of the technology landscape and, on a market-cap-weighted basis, everyone left in the sector added up to a 10 percent first-quarter 2019 earnings decline.

The fact that Apple remains so vast that it accounts for almost 18 percent of technology index fund portfolios by weight, means that the giant of Cupertino really drags the average lower in the rare quarters when it stumbles.

Thanks to CEO Tim Cook’s somber guidance, we were steeled to see Apple earnings drop 14 percent last quarter, enough to erase a full 4 percent of the entire sector’s profit on its own. Since so many other technology stocks swim in the Apple ecosystem one way or another, the ripple effect left us expecting a grim 10.5 percent earnings decline in this critical corner of the market.

Luckily, history didn’t play out quite that way. The last few weeks of technology earnings have been good enough (or at least less awful than anticipated) to reduce the net erosion everywhere else but Apple to 2 percent.

With 20 percent of the sector left to report, shareholders can theoretically get through this season with barely a rounding error’s worth of weakness and a little more confidence that the trend can turn positive again in the coming third quarter. That’s great news.

But if you believe in your heart that Amazon, Facebook and Alphabet should be classified with Apple and Microsoft instead of companies ranging from Ford Motor Co. (NYSE:F) to Walt Disney Co. (NYSE:DIS), the news should be even better.

Factor those three huge stocks back into the “tech” math and the sector as a whole is still growing. The hot spots are just big, hot and widespread enough to overcome the chill in the Apple ecosystem.

That’s a reason to be bullish. And I suspect the same logic applies beyond technology to the market as a whole.

Evidence for a disappointing 1Q19 has already been too scattered to support the really grim scenarios. There’s room in the statistics for companies we haven’t heard from yet to push the earnings rock back above zero.

When that happens, let the bulls run. And as always, I capture the hottest growth prospects I can find, each and every week in GameChangers. Why chase a flat market when every stock on your list can be a true dynamo?