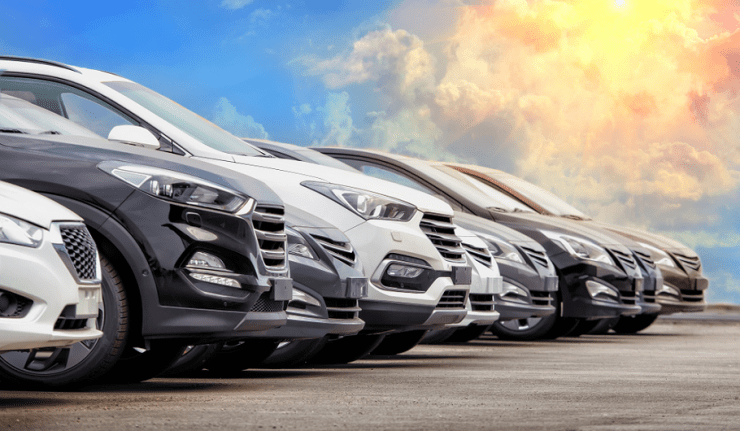 After a flat performance over the past five years, the Penske Automotive Group, Inc. (NYSE:PAG) grew its share price more than 15% in 2019 and might have more fuel to climb higher.

In the aftermath of the 2008 financial crisis, the Penske Automotive Group hit its lowest level of $4.84 since the beginning of 2001. However, after dropping to that low in March 2009, the share price advanced more than 11-fold before reaching its all-time high above $55 at the end of 2016.

Unfortunately, the share price experienced increased volatility and traded relatively flat, growing only 3%, over the past five years with significant fluctuations. However, the short term gain of 15% since the beginning of 2019 might hint at a more promising performance in the near future.

Vehicle sales volume was down 4.1% and the main financial metrics might not inspire excitement about significant capital gains in the near term. However, the Penske Automotive Group did manage to deliver a few highlights and positive results.

In addition to returning $54.3 million to its shareholders through a repurchase of nearly 1.3 million shares, the company still has $145.7 million available under the existing share repurchase authorization.

Headquartered in Bloomfield Hills, Michigan, and founded in 1990, the Penske Automotive Group, Inc. is an international transportation services company and a direct holding of the Penske Corporation. In 1999, the Penske Corporation acquired the former United Automotive Group and changed its name in 2007. The Penske Automotive Group operates automotive and commercial truck dealerships principally in the United States, Canada and Western Europe. Additionally, the company distributes commercial vehicles, diesel engines, gas engines and related parts and services in Puerto Rico, Japan, Australia and New Zealand.

As of May 2019, the company operated 264 automotive retail franchises, as well as 14 standalone used car supercenters. Additionally, the company also operated 19 dealerships of heavy- and medium-duty trucks in North America primarily under the Freightliner and Western Star brand names. Lastly, the Penske Automotive Group was a Power Systems and Commercial Vehicle Distributor in Australia and New Zealand and had a 28.9% investment stake in Penske Truck Leasing.

The company hiked its most recent quarterly dividend 2.6% from $0.38 to $0.39 per share. The $1.56 annualized dividend payout corresponds to a 3.4% forward dividend yield. This yield is 33% higher than the company’s own 2.55% five-year average yield.

Additionally, PAG’s current yield is 75% higher than the 1.94% average yield of its peers in the Services sector. Furthermore, the current 3.4% yield is also nearly 170% higher than the 1.26% yield average of the Automotive Dealerships industry segment. Moreover, PAG’s current yield is also 87% above the 1.81% average yield of the segment’s only dividend-paying companies.

Except in 2009 and 2010 when the company suspended dividend payouts, PAG has increased its annual payout every year since dividend introduction in 2003. Since reinstituting dividend distributions in June 2011, the company has increased its dividend for 32 consecutive quarters. Over that period, the payout amount advanced 550% for a 6% average growth rate each quarter, or 26.4% per year. Even with two years of suspended dividends, PAG still increased its annual payout amount more than 15-fold, or at an average annual growth rate of 18.7%.

A very low dividend payout ratio of 27%, indicates that PAG is using only a small share of its earnings to cover dividend payouts and should be able to support continued dividend hikes for an extended period.

The share price entered the trailing 12-month period on one of the uptrends created by price volatility in the last five years. Between early May and late August 2018, the share price gained 15.4% and reached its 52-week high of $53.61 on August 28, 2018. After peaking in late August, the share price reversed direction and tumbled nearly 48% in less than four months to reach its 52-week low of $38.77 on December 13, 2018. The Penske Automotive Group stock bottomed out 11 days earlier than most other securities and the overall market, which reached their respective 52-week lows on Christmas Eve.

After bottoming out in mid-December the Penske Automotive Group’s share price regained more than half of its losses since the August peak and closed on May 9, 2019, at $46.07. This closing price was just 0.8% lower than it was one year earlier but nearly 19% above the 52-week low from mid-December.

The dividend distribution that currently yields 3.4% offset the 0.8% share price shortcoming and delivered a total return of 2.5% over the trailing 12 months. Because the share price gained only 3% since mid-2014, the rising dividend income contributed most of the 12.5% total gains over the past five years. However, the timing of a sharp share price drop in mid-2016 worked in favor of the three-year total return which was nearly 34%.