A ‘Game of Thrones’ Shaming on the Pay Gap 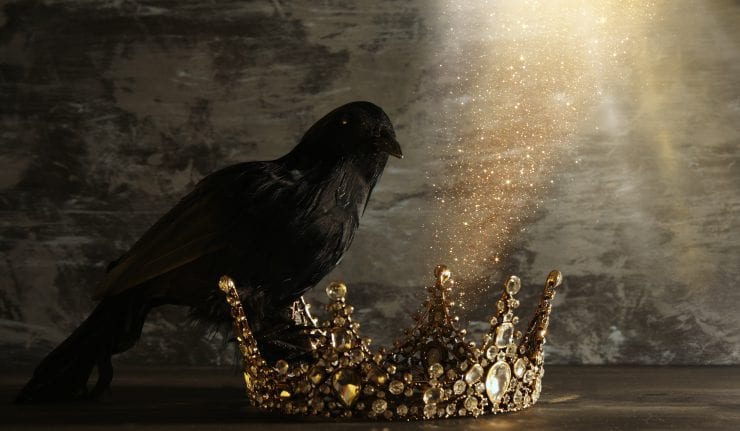 That’s a memorable line and story development from the widely popular television series “Game of Thrones.” Now, I admit that I have never actually watched a full episode of the series, which certainly puts me in a minority among my peers.

Yet, one would have to be culturally illiterate not to know something about the series. One of the things I know is that the themes of morality, shame and atonement are strong threads sewn throughout the show.

One portion of the show I did see was in Season Five, Episode 10. This also happens to be considered one of the most-powerful scenes in the series, at least according to the “GoT” fans I spoke with. This scene involves Queen Cersei Lannister, who has committed adultery and must atone for her infidelity before she can resume life in the royal palace.

Her punishment is a “walk of shame,” where she is humiliated by being stripped nude, having most of her hair cut off, and then paraded through the streets to be jeered at and spat on. She also is surrounded by people shouting obscenities and cries of the repeated, “Shame! Shame! Shame!”

Now, while public shaming in “GoT” is certainly a powerful social tool in discouraging immoral and anti-social behavior, shaming is alive and well today in the real world. Case in point is the attempt to publicly shame companies into rectifying the so-called “gender pay gap.”

In fact, my very own U.S. Senator, Kamala Harris (D-CA.), who also happens to be making a run for the Democratic Party’s presidential nomination, is the spear at the head of an effort to essentially shame companies into correcting employee pay disparities by forcing them to disclose salary data by gender.

As Peter Suderman writes in a recent Reason article, “Kamala Harris Wants to Force Companies to Report Pay Data to the Federal Government — and Fine Them If They Don’t Offer Equal Pay,” Sen. Harris wants to “force companies with over 100 people to disclose salary data by gender in order to get an ‘equal pay certification’ from the Equal Employment Opportunity Commission, an arm of the federal government that enforces workplace civil rights. She also wants to fine companies for discrepancies in pay.”

Suderman continues, writing, “If a company fails to prove that it meets the standards of equal pay, it would be fined 1 percent of its profits for every 1 percent of the gap between what men and women are paid.”

So, Harris has taken it upon herself to determine what a private employer should pay his or her employees. And, if there is a pay discrepancy that Harris deems inappropriate, then she is going to use the power of government force to punish a company for its shameful transgression.

What’s next, stripping CEOs naked, chopping their hair off and walking them down the corner of Wall and Broad to be spat upon by a jeering socialist mob?

Unfortunately, the truth of that last statement isn’t too far off from what some on the regressive left would literally like to see done. And while I am not accusing Sen. Harris of having such morose intentions, I do find it repugnant that she wants to wield the government’s scythe on companies which she determines are guilty of paying some employees a little too much more than others.

Only a business owner has the right to determine what he or she pays his or her employees. The government should have zero say in determining a “gender price gap,” or a “living wage” or even a “minimum wage.”

In a true free-market capitalist system, companies should have the right to pay their employees based upon the value those employees provide the company. Full stop.

Moreover, employees have the right to either accept or reject an employer’s compensation. Freedom from coercion means that no third party or governmental agency has the right to interfere with the price of labor or with the willing exchange of money for labor between two consenting adults.

It is the principle of free exchange that is under attack by those who have determined there is some kind of shame involved in the inherent inequities of what one employee brings to an employer vs. another.

As I’ve said many times before in this column, the essence of the battle between capitalism and socialism is that capitalism maintains that you own your own life and that you can sell your labor to a willing party for what that labor will bring.

By contrast, socialism maintains that society/government essentially owns your life, and that you are therefore unable to sell your labor to a willing party both without society’s approval and without whatever restrictions the bureaucrats in charge think a person should be paid.

When stated in these terms, it’s not hard to see that socialism is a perfect prescription for telling us all what to do, what to think… and what to feel.

So, don’t let this encroachment stand. Be vigilant, and challenge bad ideas on principle, and with principled thinking that goes beyond mere politics. Indeed, we must be willing to challenge bad ideas down to their root. Because until we pull the roots out of the ground, the foliage of bad ideas will continue to grow.

“No citizen has a right to be an amateur in the matter of physical training… what a disgrace it is for a man to grow old without ever seeing the beauty and strength of which his body is capable.”

The peripatetic protagonist of Plato’s brilliant dialogues believed that every human being has a responsibility to live up to his or her physical potential. I, too, share this belief. The reason why is that we only get one body, one mind and one life on earth. And a fit body and a fit mind allow us to live our lives at peak performance.