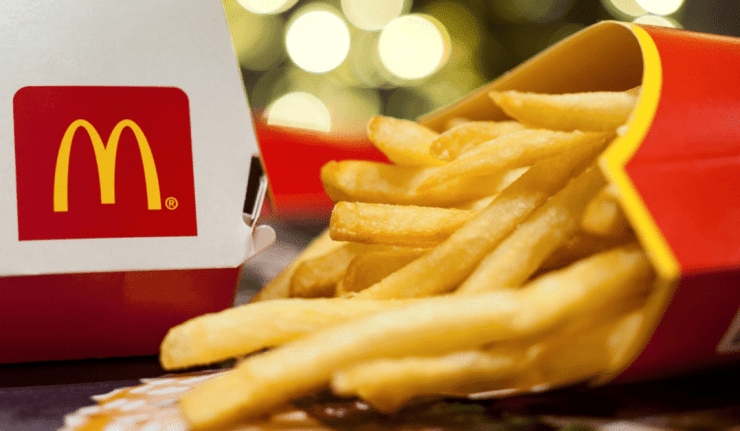 While taking advantage of National Hamburger Day specials to enjoy your favorite combo meal from the McDonald’s Corporation (NYSE:MCD), why not take a closer look at the company’s stock that has been rising steadily over the past several years without succumbing to overall market pullbacks.

In addition to a steadily rising share price, McDonalds has boosted its annual dividend over the past 42 consecutive years. With that record of consecutive annual dividend hikes and market capitalization in excess of $3 billion, McDonalds is one of just 57 S&P 500 companies with the exclusive Dividend Aristocrats designation.

While the stock trend over the past few years is pointing upwards, the share price did experience the occasional drop. The company’s share price experienced a significant drop in January 2018, which was just the second uninterrupted drop of more than 15% in the past five years. However, the share price recovered quickly and continued to rise to the level before the January drop. Another minor drop occurred in December 2018. However, while the overall market and most other equities dropped to their 52-week lows, McDonald’s share price dipped only slightly and resumed its uptrend while still 17% higher than its level from the beginning of the trailing 12-month period.

On April 30, 2019, the McDonald’s Corporation announced its financial results for the first quarter, which ended on March 31, 2019. While the results did not look too promising on the surface — total revenues were 4% lower, operating income down 2% and net income down 3% — a deeper look reveals more positive implications.

Excluding the impact of currency translation, total revenues increased 2%, operating income rose 3% and net income was 2% higher than the same period last year. Additionally, comparable sales in the U.S. market increased 4.5% year over year for the first quarter. Comparable sales in the International Operated segment increased at an even higher rate of 6.0% for the period. This growth reflected positive results across all international markets, with the United Kingdom and France leading in growth terms.

Diluted earnings per share (EPS) remained at the same $1.72 level as prior year and McDonald’s returned $1.9 billion to shareholders through share repurchases and dividends income distributions.

Founded in San Bernardino, California, in 1948, the McDonald’s Corporation operates and franchises approximately 38,000 restaurants in the United States and more than 100 countries internationally. The United States segment is the company’s largest market in terms of number of restaurants, revenues and operating income. Additionally, the company’s International Lead Markets segment includes some of the largest, best resourced and most established markets in developed countries. The High Growth Markets segment — which has higher-than-average restaurant expansion and franchising potential comprises eight key markets in Asia and Europe — China, Korea, Russia, Poland, Italy, Spain, the Netherlands and Switzerland. Finally, the Foundational Markets segment spans more than 80 markets across Europe, Middle East & Africa, Asia and Latin America, and is the company’s largest and geographically most diverse segment. Most of the company’s restaurants offer a standardized menu that includes hamburgers and other food products, desserts, soft drinks, coffee and other beverages. However, despite the business model that calls for standardized product selections, the company offers menu variations across geographic regions to suit local consumer taste preferences and cultural norms. After 47 years in Oak Brook, Illinois, the company moved its headquarters back to Chicago’s West Loop in early June 2018.