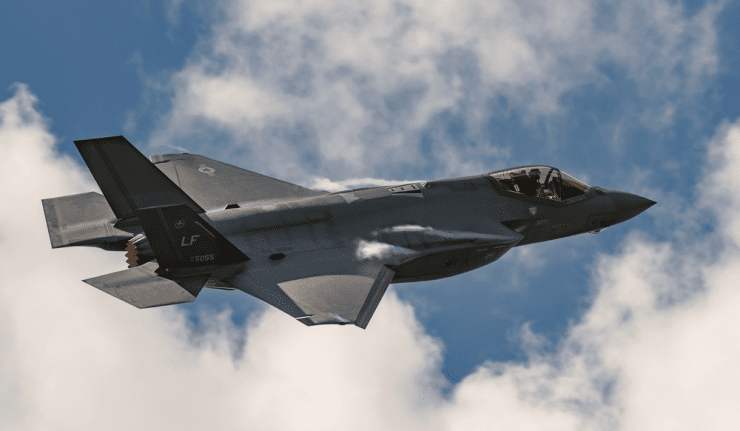 After experiencing a correction in late 2018, the Lockheed Martin Corporation (NYSE:LMT) recovered all its share price losses in 2019 and seems to have resumed the steady uptrend that more than doubled the company’s share price over the past five years.

On April 23, 2019, the Lockheed Martin Corporation reported positive first-quarter results and increased its outlook for full-year 2019, which should support a continued share price growth. First period net sales increased 23.2% from $11.6 billion in the first quarter of 2018 to $14.3 billion for the most recent period. First quarter net earnings of $1.7 billion, or $5.99 per share, were 41.7% higher than the $1.2 billion, or $4.02 per share, earnings in the same period last year. After missing the earnings expectations slightly in the fourth-quarter of 2018, analysts expected earnings per share of $4.34 in the first quarter. However, Lockheed Martin’s $5.99 earnings per share figure outperformed analysts’ expectations by 38%.

Cash from operations in the first quarter more than doubled to $1.7 billion, compared to cash from operations of $632 million in the first quarter of 2018. “The corporation had strong performance in the first quarter which has allowed us to increase our full year financial guidance for sales, profit, earnings per share and cash,” said Lockheed Martin Chairman, President and CEO Marillyn Hewson. “Our differentiated portfolio and record backlog position us well for continued growth, and we remain focused on delivering innovative technologies and solutions for our customers, and long-term value creation for stockholders.”

In light of positive first quarter results, Lockheed Martin revised its outlook for the remainder of the current year. The company’s revised expectation is for net sales in the $56.8 billion to $58.3 billion range. Also, the company revised its earnings per diluted share expectations from the $19.15 to $19.45 range to the new expectations of $20.05 to $20.35 earnings per share for the full year.

After a smooth rise over the past several years, the price encountered some headwinds over the past 12 months. After gaining more than 13% to reach its 52-week high of $349.93 on October 8, 2018, the share price faced downward pressure from the overall market correction in the last quarter of the year. Following its October peak, the share price dropped 30% and reached its 52-week low of $245.22 on December 24, 2018. This low marked a loss of more than 20% since the beginning of the trialing 12-month period in late May 2018.

However, as the overall markets began rising on news that the Federal Reserve will most likely maintain interest rates where they are for the remainder of 2019, the Lockheed Martin share price embarked on a recovery trend as well. By mid-April, the share price recovered its losses from the onset of the trailing 12-month period and continued to close the distance between its share price and the 52-week peak level that it achieved in October 2018.

The Lockheed Martin Corporation has supplemented its steady asset appreciation with dividend income distributions which have risen at an average growth rate of 11% per year over the past five years. This dividend income, which currently yields 2.6%, combined with capital gains to deliver total returns of more than 12% just over the trailing one-year period. Over the past three years, shareholders have enjoyed a total return of 50%. Furthermore, the shareholders more than doubled their investment with a total return of 130% over the past five years.

Bryan Perry discusses how the U.S. - China Trade War will affect investors, especially those who invest in stable dividend stocks.