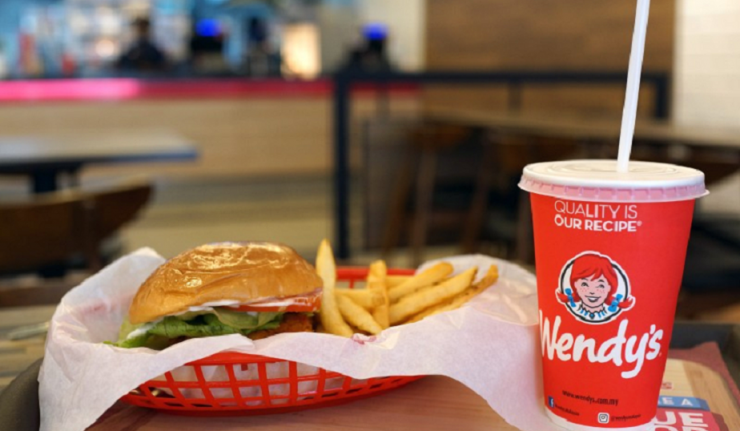 The Wendy’s Company (NASDAQ:WEN) has outperformed its fast-food restaurant peers with a share price gain of nearly 20% since the beginning of 2019.

Just as a comparison, the McDonald’s Corporation’s (NYSE:MCD) share price growth is in the low double-digit figures and Jack in the Box Inc. (NASDAQ:JACK) finally turned to positive year-to-date gains in mid-May. In addition to these short-term gains, Wendy’s also performed better over the long term. The company’s share price did experience significant volatility and lost 90% of its all-time peak value by the end of the 2008 financial crisis. However, since falling to nearly $3.00 in late 2008, the share price has risen more than 15-fold and has also experienced a significantly lower level of volatility.

On May 8, 2019 the Wendy’s Company reported its first quarter 2019 financial results. Total revenues advanced 7.4% year-over-year from $381 million in the first period last year to $409 million for the most recent period. Higher sales at company-operated restaurants and increases in franchise royalty revenues and fees drove the revenue growth. Same-store sales marked a 3.3% improvement over last year.

At company-operated restaurants, the drivers of higher revenues were an increase in the number of restaurants and positive same-restaurant sales from existing locations. Additionally, approximately $9.5 million in pass-through payments related to subleases as a result of the new lease accounting standard contributed to the revenues increase.

Even with higher revenues, the company managed to reduce its general and administrative expenses. This resulted in an operating profit increase of nearly 20% compared to the same period last year. Nominal earnings increased 58% from $20.2 million last year to nearly $32 million for the current quarter.

The current earnings per share (EPS) of $0.14 is 75% higher than the $0.08 EPS last year. However, after adjusting last year’s figure for tax charges and a few other accounting items, the current $0.14 EPS is still 27.3% higher than the $0.11 adjusted EPS in the same period last year. Since the Wall Street analysts expected an $0.11 quarterly performance this year, the current adjusted EPS of $0.14 also beat earnings expectations by the same margin of 27.3%.

In addition to strong earnings growth, the company advanced its free cash flow more than 17% from $41 million last year to $48 million in the most recent period. In light of its first-quarter results, Wendy’s reaffirmed its outlook for full-year 2019. This outlook includes 3% to 4% sales growth, an adjusted EPS growth of 3.5% to 7.0% and an estimated free cash flow of $230 million to $240 million for the full year.

Based in Dublin, Ohio, Dave Thomas founded the Wendy’s Company in 1969. Mr. Thomas built his business on the “Quality is our Recipe®,” slogan which remains at the core foundation of Wendy’s operations today. Wendy’s is best known for its made-to-order square hamburgers that use fresh, never frozen, beef. While international expansion compelled the use of frozen beef for its overseas locations, the company still uses fresh beef patties for its locations in the contiguous United States, Alaska and Canada. In addition to its hamburgers, the company also offers freshly prepared salads with hand-chopped lettuce and other signature items like chili, baked potatoes and proprietary dessert items. Wendy’s operates, develops and franchises a system of quick-service restaurants specializing in hamburger sandwiches. As of May 2019, this system is comprised of more than 6,700 restaurants in 30 countries. The company operates more than 350 of its restaurants and the remaining locations are operated by franchisee partners. Formerly known as Wendy’s/Arby’s Group, Inc., the company changed its name to The Wendy’s Company in July 2011.

While exhibiting a higher level of volatility over the past year than some of its peers — The McDonald’s Corporation for instance — Wendy’s still managed to deliver double digit percentage share asset appreciation over the past year at a significantly lower share price while offering a dividend income yield that was similar to its competitors.

However, like most other securities and the overall markets, Wendy’s share price reversed its downtrend on Christmas Eve, recovered its losses since the beginning of the trailing 12 months by mid-January and continued upward towards new heights. Wendy’s share price advanced 28% before reaching its 52-week high of $19.20 on May 8, 2019. This new 52-week high also marked a 17% gain since the beginning of the trailing 12-month period.