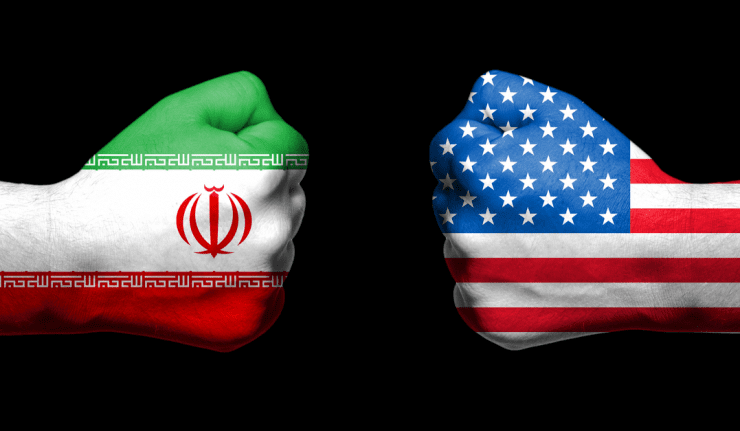 The last fraction of fear around a “trade war” evaporated yesterday, with the S&P 500 pushing to new records despite the ongoing chatter about a freeze of sales to Chinese companies. Naturally, today’s headlines raise the question of the implications of a literal war, this one with Iran.

There always is a fresh fear factor somewhere in the global markets. For now, everything I see makes me think the U.S. economy is positioned unusually well to climb the latest wall of worry.

Start with the Strait of Hormuz. For decades, this two-mile shipping lane has been the global economic choke point, with 20 percent of the world’s oil supply at risk if tensions escalate.

But we don’t live in the 1970s or even the 1980s now. Pipelines across Saudi Arabia can divert some of that at-risk oil to Red Sea outlets and, from there, eager consumers in Asia and Europe will be able to keep their lights on.

Here at home, North American shale theoretically can pump enough petroleum to satisfy domestic demand. We’re in a much better strategic position than we were in the 1970s.

What we can’t do is export enough of our oil on our own to eliminate the threat. U.S. ports can export about 5 million barrels of oil a day.

Even if the Saudis flood their pipelines and Russia taps every idle well, the world would need to replace as much as 12 million barrels a day if the Strait closes. That sounds ominous, doesn’t it?

The world is still swimming in strategic petroleum reserves that were topped off in the 2014-16 glut and are now standing by to smooth any supply disruption. We’re talking about 2.9 billion barrels around the world.

Some countries have more, while others have less, but all together there’s enough oil stockpiled to cover any shortfalls for at least five to six months. Beyond that point, if the Strait isn’t clear, fuel prices can spike like they did in the 1970s.

Oil markets tell me a prolonged disruption is unlikely. Futures trading doesn’t reflect any question markets five to six months out or even beyond that time frame. Instead, what we’re seeing is a healthy reversion to long-term normal pricing after the 2014-16 glut.

Demand for fuel is now closely enough aligned with supply that the risk of a shortfall is meaningful. That’s good for the oil stocks.

Exxon Mobil Corp. (NYSE:XOM), for example, was a $100 stock in 2014. It never really recovered, and here at $77 it’s closer to last year’s correction low than to any kind of long-term top.

XOM also yields 4.5 percent now. Unless you see global oil prices going down from here despite what’s going on from Venezuela to Iran, that’s a good dividend to lock in.

And XOM is only the top of the energy food chain. Much lower down, independent shale companies have been beaten down to the point where they pay 20 percent or more in dividends.

Independent shale companies were struggling when West Texas crude was worth less than $55 a barrel. If their output becomes a matter of global security any time soon, their reserves are going to be worth more and their balance sheets are going to feel a lot of relief.

I don’t recommend any in my Value Authority service yet, but the time may be coming soon. For now, however, this is exactly the sort of “global” concern the Federal Reserve mentioned this week that central bankers around the world are watching.

As far as the Fed can see, the domestic economy is as robust as ever, with strong hiring and continued growth. The only cloud in Wall Street’s summer sky is what happens beyond U.S. borders.

If that sky gets stormy, the Fed will move to keep money flowing even if oil in some parts of the world gets stuck. They’re watching.

And global diplomats are working as hard as they can to keep the oil flowing too. I remain guardedly optimistic that Wall Street will keep climbing the walls of worry, one after the other.

As much as I love the economic transformation that legal cannabis represents, there are times when that love carries plenty of sticker shock. This week delivered that shock twice.

First, Akerna Corp. (NASDAQ:KERN) opened for public trading on June 19 and promptly soared from $15 to a $70 peak before sliding back to $35 today. While the company is interesting, the float is so narrow that until yesterday we didn’t even know how much wealth that trajectory created or destroyed.

KERN went public through an arrangement that gave private investors the choice of exiting for $10.23 per share or hanging on to see how that stock would perform on the open market. The overwhelming majority opted to cash out, leaving less stock in circulation now.

That’s not a red flag, but with barely 10 million KERN shares to chase, it’s no wonder that the chart already looks like a roller coaster. And knowing that number is essential for serious investors trying to evaluate how much the company is worth.

In theory, the company’s cannabis compliance software business can become a blockbuster. Management points out that most industries end up spending around 2.5 percent of revenue on technology and legal North American cannabis might be approaching an $11 billion business, so the overall opportunity for KERN right now is maybe $270 million.

As a leading player in the field with total sales of $10 million in its last fiscal year, KERN still has a long runway to grow. As the cannabis market expands the opportunity gets bigger. That’s good news for long-term shareholders.

The challenge is how much to pay for that opportunity. Management was open and transparent in setting that roughly $10 a share exit price at 5.4X estimated 2019 sales. Here at $35, KERN commands a heady 19X sales multiple, and at $70 we were looking at 40X sales.

Sure, KERN can grow fast. Sales doubled last year, and management already has built 80 percent growth into its projections, but there’s a lot that can go wrong in the meantime. To prove it, revenue last quarter came in lower than it did for the same quarter a year ago.

We only need to touch on my second sticker shock moment for a demonstration of what happens when projections get too far ahead of reality and then reality turns. Canopy Growth Corp. (NYSE:CGC) just lost $2 billion in market capital because growth last quarter wasn’t where it needed to be.

When stocks are built around sky-high revenue forecasts, even a rounding error can trigger a substantial downward reevaluation. I’d love to get my Turbo Trader subscribers into the best cannabis stocks in the world at the right price.

KERN isn’t priced right. CGC isn’t my pick for the strongest Big Cannabis producer. It’s losing market share in both recreational and medicinal markets. In a commodity business, that’s not a good sign that you’ll be among the ultimate winners.