While the Federal Communications Commission (FCC) is trying to auction additional wireless spectrum to raise revenue, will the government agency actually let the buyers use it?

It’s no secret that Dish Network Corp. (DISH) -– primarily a satellite television provider -– wants to get into the wireless network business. While it keeps trying to compete against Directv (DTV), as well as the more entrenched behemoths of the cable companies, Dish Network has been spending billions of dollars on wireless spectrum rights.

In August of 2011, Dish Network’s founder Charlie Ergen spent more than $3 billion or so to buy up failed companies, including TerreStar. And prior, Dish also grabbed Hughes Communications in a move that included a fairly large block of wireless and satellite transmission rights.

Now, the U.S. government is trying to raise some additional cash by having the FCC, led by Julius Genachowski, auction the so-called H Block of wireless spectrum rights. Dish and Sprint (S) will compete in bidding, as both companies need more spectrum to build or build out newer and faster 4G/LTE (Long Term Evolution) networks critical to the sales of smartphones, tablets and other wireless devices.

Dish has claimed that it has $6 billion or more dollars at the ready to buy and it could trump Sprint. In addition, it has been in discussions with Google (GOOG) to join forces in offering wireless services. But there are some troubles ahead for the company.

First is the FCC. Remember Lightsquare (SKYT)? This was the company that invested billions and worked with other companies, including Inmarsat, to build out a new wireless network that was very near the spectrum used by the U.S. government’s Global Positioning System. It originally was unofficially green-lighted by Julius Genachowski until competitors lobbied successfully to get fear of the new network interfering with the GPS so that the FCC had no political choice but to pull the approval. Bankruptcy of Lightsquare followed this past May.

Genachowski is out again with his unofficial approval for Dish to use the H Block, along with its other existing rights. Just like with Lightsquare, competitors are now lobbying that it would interfere with their existing wireless networks, unless data speeds are slowed to a potential crawl.

Second, Sprint did a spectacular deal recently with Softbank (SFTBY) of Japan. Softbank has very deep pockets and is a very successful global wireless and wired data company that gives Sprint a lot of potential to compete against the leaders in the United States -– AT&T (T) and Verizon (VZ). And, Sprint and its deep-pocketed partner will be firing up their lawyers and lobbyists to work against Dish.

Meanwhile, Google is scoring well just in the software and hardware business of wireless, as its Android devices (particularly from Samsung (SSNLF)) have been out-gunning competitors worldwide. It is competing well with Apple’s devices. While Google might do well to have spectrum with Dish -– it’s doing fine with its own business model, even as it duals Apple and its global political lobbyists in the courts around the globe.

The bottom line, while Charlie Ergen has been successful staying alive and making the most from failures of others -– this time, it might be the FCC and others that might do him in. But on the plus side, if he does have to bail out -– most say Dish’s existing spectrum is worth 15 dollars a share -– over 40% of the current stock price without counting the broadcast business. So it might not thrive -– but it still currently conservatively valued. 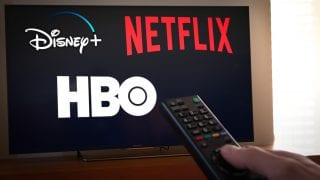