After a 30% One-Year Decline, Marathon Petroleum Stock Might Be Worth a Closer Look (NYSE:MPC) 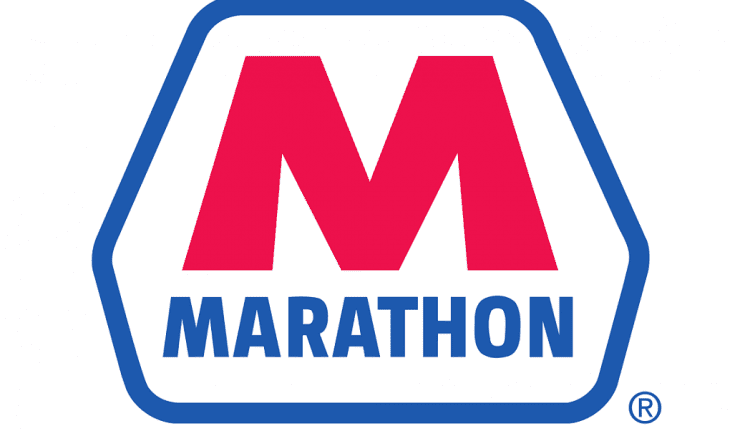 The Marathon Petroleum Corporation (NYSE:MPC) — the second largest petroleum refiner in the United States — has seen its share price break a long-term uptrend and has declined more than 30% over the past 12 months, which could turn out to be a buying opportunity.

While the share price might not show large gains immediately and the long-term prospects hinge on crude oil pricing as well as economic strength that drives the energy demand, Marathon Petroleum might be best suited for investors looking at an intermediate time horizon.

Since the acquisition and integration of Andeavor Logistics LP, Marathon has expanded its midstream capacity and will enjoy cost savings after the integration delivers full operational and cost benefits. However, while the longer-term outlook might be slightly more positive, the trailing 12-month period has been marred with some difficulties.

Marathon Petroleum’s first-quarter 2019 top line was positive with reported revenues of $28.6 billion — a 50%-plus gain over the $19 billion figure from the same period last year. While the addition of the Andeavor Logistics unit contributed significantly to the revenue growth, Marathon’s first-quarter actuals also beat analysts’ revenue expectations of $27.6 billion by more than 3.7%.

However, adjusted earnings per share (EPS) resulted in $0.01 earnings loss per diluted share compared to an $0.08 per-share gain one year earlier and a $0.06 gain expected by analysts.

“Throughout the quarter, refining fundamentals improved, gasoline and distillate inventories rebalanced, and the April blended crack spread of $18.80 is more than double the first-quarter average,” stated Gary Heminger, Chairman and CEO of Marathon Petroleum. “We expect positive dynamics across all three of our business segments to support growing cash flows throughout the remainder of 2019,” added Mr. Heminger.

After a 50% pullback in 2015, Marathon’s share price more than doubled on its way to reaching its all-time high in late 2018. Riding this uptrend that began in early 2016, the share price began the trailing 12 months with a 6% gain before reaching its $86.39 all-time high on October 3, 2018. However, the trade war with China fears and especially uncertainties about interest rates in late 2018 pushed the overall market into a fourth-quarter correction. This correction pushed the Marathon stock down as well.

While the stock attempted a brief recovery in early 2019, the share price ultimately lost nearly half of its peak value and closed at the 52-week low of $45.99 on May 31, 2019. However, after bottoming out at the end of May, the share price has exhibited a strong recovery trend that might continue over the next few periods. At the end of trading on July 29, 2019, the share price closed at $56.16. While still more than 30% down over the trailing 12 months, the July 29 closing price was 22% higher than the 52-week low from the end of May and nearly 30% higher than it was five years ago.

The rising dividend income payouts offset some of the share price losses and cut the 30% decline to a 28% total loss for the trailing 12 months. However, long-term investors in Marathon Petroleum enjoyed a 56% total return on their investment over the last three years and a 60% total return over the past five years.

Headquartered in Findlay, Ohio, and incorporated in 2009, the Marathon Petroleum Corporation engages in refining, marketing, retailing and transporting of petroleum products. The company’s three business segments — Refining, Midstream and Retail — offer a full spectrum of products and services from crude refining to distribution and direct sale of its products to final customers. As the largest refiner in the United States, the company’s Refining sector operates 16 refineries in 13 U.S. States with a total refining capacity of more than 3 million barrels per day. This segment refines crude oil into gasoline, distillates, propane, heavy fuel oil and asphalt. As of July 2019, the Marathon Petroleum’s Midstream segment primarily includes the operations of MPLX LP and Andeavor Logistics LP — the company’s sponsored master limited partnerships. This segment transports, stores, distributes and markets crude oil and refined products through 120 terminals and a network of more than 13,000 miles of various product transportation and distribution pipelines. Additionally, the company’s Retail segment sells its product in 43 U.S.  states and the District of Columbia through approximately 6,800 Marathon, Arco and Speedway branded retail outlets. The Marathon Petroleum Corporation owns and operates more than 57% of these retail locations — 3,900 — and independent third-party operators run the remaining locations. The company’s Speedway LLC subsidiary owns and operates the nation’s second-largest convenience store chain, with nearly 2,800 convenience stores in 21 states.

previous article
Cannabis Corner: The Fundamentals Got Better
next article
Is Your Investment in Good Hands with Allstate Ahead of Earnings Release? (NYSE:ALL)