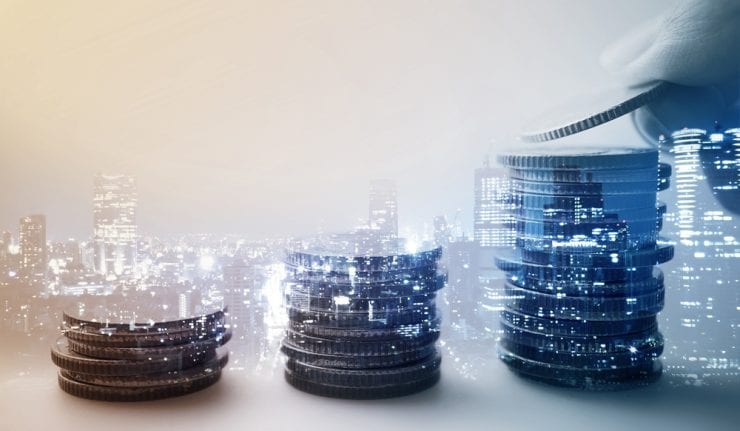 “What’s shocking is that simply by investing, most people actually make themselves poorer. They’re just shooting themselves in the foot, over and over.” — Richard Bernstein

On Sunday, the New York Times discussed a new study which showed that the average investor loses money in stocks and mutual funds over the long run. Investment strategist Richard Bernstein did a 20-year study on individual investors and found that most of them underperform a money market fund!

Look at the following chart from Richard Bernstein Advisors: 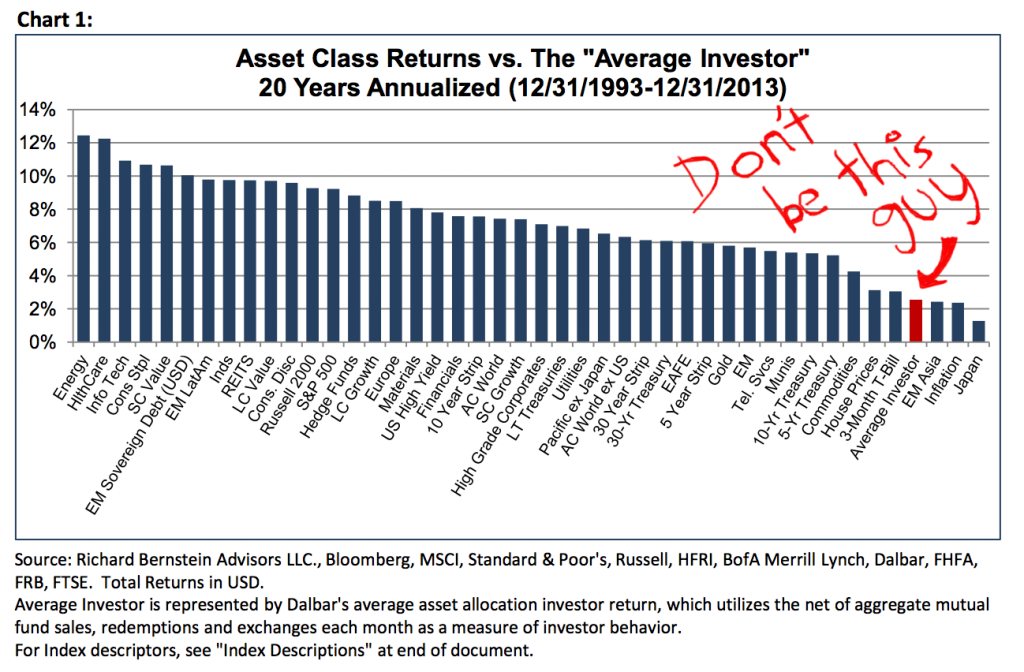 As you can see, during the 20-year study (from 1993 to 2013), the average investor underperformed a money market fund.

Bernstein concluded by writing, “What’s shocking is that, simply by investing, most people actually make themselves poorer. They’re just shooting themselves in the foot, over and over.”

What’s the reason? Market timing! While they try to outsmart the market, most of them can’t.

The article also said that investors who bought variable stock annuities did better, because the high surrender charges in annuities kept most investors invested for the long term. 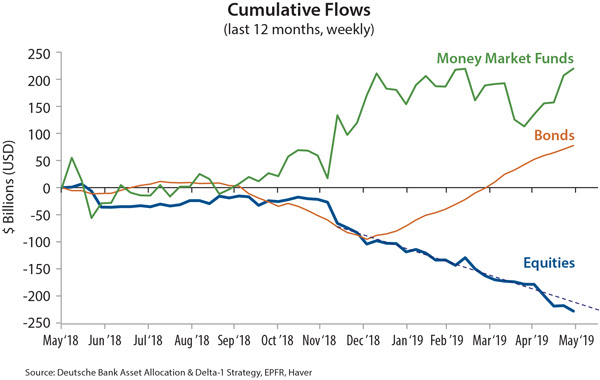 We are contrarians. My approach at Forecasts & Strategies is to find good companies and hold onto them during thick and thin. In that trading service, I recommend that my readers are 100% fully invested.

I follow the advice of J. Paul Getty, who said the following in “How to Be Rich:”

“It is possible to make money — and a great deal of money — in the stock market. But it can’t be done overnight or by haphazard buying and selling. The big profits go to the intelligent, careful and patient investors, not to the reckless and overeager speculator. The seasoned investor buys his stocks when they are priced low, holds them for the long-pull rise and takes in-between dips and slumps in stride.” (Quoted in “The Maxims of Wall Street,” Sixth Edition. To order, go to www.skousenbooks.com. The price is only $20 for the first copy and $10 for all additional copies.)

I’m a big fan of tech stocks, but not technical trading! As Jesse Livermore once said, “I need time, not timing.”

Many technical traders had anticipated the severe bear market late last year and made money. However, they have struggled to get back into the market. Thus, while they did get out before the temporary fall, they missed out on a huge rally as the S&P 500 has soared 17%. Those investors seem to be waiting for the indexes to hit new highs before getting back into equities.

While I find charting useful, I focus primarily on the fundamentals of a company and the outlook for the economy. As Sir John Templeton once told me, “You have to be a fundamentalist to really make money in the markets over the long run.”

Technical traders and chartists suffer from a fundamental flaw: As Austrian economics has taught us, the stock market is not mechanical; it is based on human actions as well as the buy-and-sell decisions of individual investors and institutions. Humans are neither machines, nor are they mere animals. Since they adjust quickly to new information or a new environment, they change their strategy from time to time.

Admittedly, computers make 80% of all trades on the exchanges these days. However, their programs are based on human development. As Paul Tudor Jones said, “No machine is better than a man with a machine.”

That’s why mechanical systems that have been “back tested” for years eventually stop working and need to be revised.

As one technical trader wrote recently, “Frankly, this ‘new’ phase of the market has required me to look more closely at our tried-and-true rules of timing when to get into and out of the market. These rules have performed extremely well in real-world trading and for over 80 years of rigorous back-testing. But we are experiencing a market that is totally unlike any market in history.” (emphasis added).

You can’t always look backward into history to determine how to invest in the future. History does repeat itself, but never in the same way. Mark Twain once said, “History may not repeat itself, but it often rhymes.” I say, “Never bet against the market.”

Other speakers include Ken Fisher, Dennis Gartman, Tom Sosnoff and John Buckingham. You can obtain free admission to the MoneyShow as my guest by calling 1-800-970-4355 and by mentioning pass code 048316.

previous article
Building Your Portfolio with a Basic Materials Fund
next article
Does Chick-fil-A Really Lose $1 Billion a Year in Sales by Closing on Sunday?