Kraft Heinz Share Price is Down More Than 50% in One Year, Buy or Stay Away? (NASDAQ:KHC) 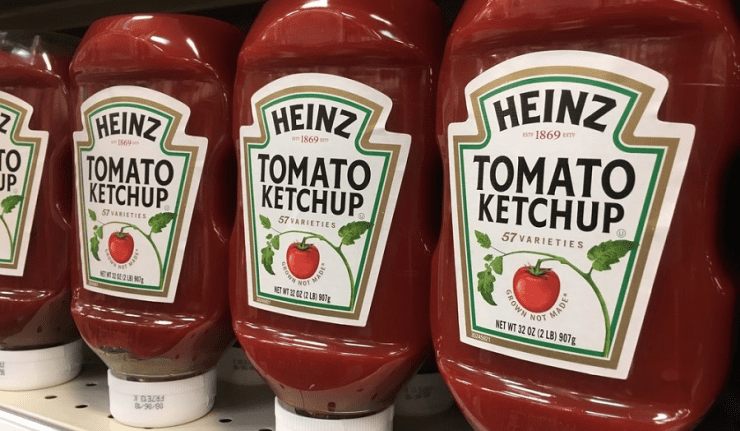 The Kraft Heinz Company’s stock lost more than half of its value over the last 12 months. Are the company’s fundamentals strong enough and has the share price bottomed out to a point where some investors might consider taking a long position?

After the 2015 Kraft Foods and H.J. Heinz merger, the share price of the newly created business entity advanced more than 25% over the first 18 months. However, after peaking above $96 in mid-February 2017, the share price reversed direction and has been riding a steady downtrend since then.

Some metrics suggest that taking a long position in the Kraft Heinz stock at currently discounted prices might be a consideration-worthy strategy. First, after ending 2018 with two consecutive earnings misses, the company has beat analysts’ earnings expectations for the first two periods in 2019. Additionally, the current share price has nearly 16% room on the upside before it reaches the analysts’ current target price of $30.45. Moreover, the Kraft Heinz stock’s Relative Strength Index is down to 30, which investors generally consider a level at which the stock is oversold, or undervalued.

Additionally, Wall Street analysts currently covering the Kraft Heinz stock have shifted to mostly buying recommendations. In July, most of the analysts covering the stock — 17 out of 21, or nearly 81% — recommended a “Hold.” One “Buy”, one “Underperform and two “Sells” rounded out the analysts’ remaining recommendations. However, while two analysts pulled their coverage of the Kraft Heinz stock completely for August, the remaining analysts offer more positive outlooks. Only five out of 19 analysts still recommend a “Hold” and there are no “Underperform” or “Sell” recommendations. However, 14 out of 19 analysts — nearly 74% — recommend either a “Buy” (10) or a “Strong Buy” (4).

Kraft Heinz began distributing dividends immediately after the merger in 2015 and has boosted its annual dividend payout amount every year until 2019. For the first-quarter 2019, Kraft Heinz cut its quarterly dividend payout 36% from $0.625 at the end of 2018 to the current $0.40 payout amount. This current quarterly dividend amount corresponds to a $1.60 annualized distribution. However, the share price decline pushed the current forward dividend yield to 6.1%, which is 64% higher than the company’s all-time yield-average of 3.7%.

Additionally, the falling share price also vaulted the current Kraft Heinz yield to the top among the yields of the company’s peers in the Major Diversified Food industry segment. The current 6.1% yield is 256% higher than the segment’s 1.71% simple yield average. Additionally, Kraft Heinz’s yield is also 93% above the 3.15% average yield of the segment’s only dividend-paying equities. Moreover, the current 6.1% yield is also triple the 2.01% simple average yield of the entire Consumer Goods sector. However, the dividend income gains are insignificant in comparison to the massive share price losses.

The Kraft Heinz share price has declined without significant volatility over the past two years. Riding that downtrend, the share price hit its 52-week high of $61.02 just four days into the trailing 12-month period. From that peak, the share price continued its decline until closing on August 12, 2019, at its 52-week low of $26.29. This closing price was 55.7% lower than it was just one year earlier. Furthermore, the share price has lost almost two thirds of its value since the Kraft Foods and Heinz merged to form the new business entity in July 2015.

One seemingly positive consequence of the lower share price is the rising dividend yield. Despite a dividend cut for 2019, the dividend distributions managed to offset a small portion of the 55.7% one-year share price decline and reduce the total loss to 53%. Because the share price has been declining for nearly two years, the three-year total loss was the highest at nearly 63% and the total loss since the merger in 2015 was slightly above 60%.

Few indicators hint that some risk-averse investors might considers the current Kraft Heinz stock as a potential buying opportunity. However, the risks greatly outpace the potential rewards for most investors. Most likely, the share price has a little more room on the downside before reaching its bottom. Regardless, in light of the current market volatility on trade war with China worries and concerns of an overall economic slowdown, investors looking to invest in food-related stocks should probably consider better-performing stocks with stronger fundamentals, such as Yum! Brands, Inc. (NYSE:YUM) or Shake Shack, Inc. (NYSE:SHAK).

Headquartered in Chicago, Illinois, and tracing its roots to the formation of the H.J. Heinz Company in 1869, the Kraft Heinz Company manufactures and markets food and beverage products in the United States, Canada, Europe, the Middle East and Africa. The company’s products include condiments and sauces, cheese and dairy, ready-to-eat and frozen meals, meats, refreshment beverages, coffee and other grocery products, as well as infant and nutrition products under a variety of brand names. In addition to the Kraft and Heinz brands, some of the company’s most prominent brands also  include Oscar Mayer, Philadelphia, Velveeta, Planters, Maxwell House, Capri Sun, Ore-Ida, Kool-Aid, Jell-O, Cracker Barrel, Shake ‘n Bake, Ore-Ida, Miracle Whip and more. In addition to these brands, Kraft Heinz also offers products under brand names specific to each of the company’s 26 regional markets around the world. Some of these regional and local brand names include P’Tit Quebec, Tassimo, Plasmon, Pudliszki, Honig, Benedicta, Karvan Cevitam and Quero. The current business entity formed in July 2015 through a merger of Kraft Foods and H.J. Heinz.