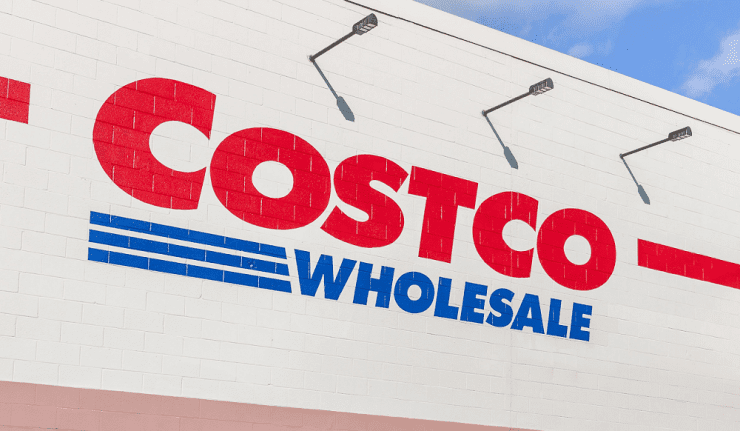 With a steady focus on delivering a good cost-to-value ratio to its customers, Costco also managed to reward its shareholders with stable capital growth and steady dividend income boosts over the past decade. Just over the trailing 12-month period, Costco has rewarded its shareholders with a combined total return on investment of nearly 25%.

Comparable sales in the U.S. were 6.2% year-over-year. Slightly lower same-store growth in Canada (2.9%) and the Other International segment (1.9%) resulted in a 5.1% total company growth rate, which was in line with both the company’s and analysts’ expectations. However, Costco’s E-Commerce segment advanced nearly 20% over last year in comparable terms.

A fourth-quarter net income of $1,097 million, or $2.47 per diluted share, was slightly higher than the $1,043 million, or $2.36 per diluted share from last year. For the full-year, the $3.66 billion net income was nearly 17% higher than the $3.13 billion from the previous year. After missing adjusted earnings per share (EPS) expectations by one cent in the first quarter of fiscal-year 2019, Costco beat earnings expectations over the subsequent three quarters by significant margins. The fourth-quarter adjusted EPS of $2.69 beat the $2.54 that analysts expected by nearly 6%. Despite the earnings shortfall in the first quarter, the $8.20 cumulative adjusted EPS for the full year beat the expected figure of $7.67 by almost 7%.

This rapid share price advancement pushed Costco’s dividend yield to less than half of the market average. However, the company still delivers a $2.60 annual dividend payout to its shareholders. Additionally, Costco has boosted its regular annual dividend payout amount every year since beginning to pay dividends in 2004. The most recent boost in May 2019 raised the quarterly payout 14% from $0.57 in the previous period to the current $0.65 payout amount. This new quarterly dividend amount corresponds to a $2.60 annualized distribution.

Since beginning to pay dividends in 2004, Costco has enhanced its total annual dividend amount nearly nine-fold. This is equivalent to a 14.4% average annual growth rate. In addition to its increasing regular payouts, Costco has distributed special dividend payouts in three out of the last eight years — $7 in 2012, $5 in 2015 and $7 in 2017. On average, these special dividend payouts were equivalent to 416% of the regular annual payouts over those three years.

Additionally, Costco’s current 30% dividend payout ratio indicates that the company uses less than one-third of its earnings to cover dividend distributions. Therefore, the company has plenty of reserves to maintain its rising dividend payouts or to boost its dividends at higher rates in order to increase its yield and keep up with the share price growth rate.

The overall market correction in December 2018 pushed the Costco share price down to the 52-week low of $189.99 on December 24. The share price reversed direction and began recovering as quickly as it dropped. By the beginning of April 2019, the share price had recovered all its fourth-quarter 2018 losses. The continued uptrend added nearly 40% above the price level from the beginning of the trailing 12-month period by the time that the share price reached its most recent all-time low of $303.76 on September 6, 2019. Since peaking in early September, the share price has pulled back nearly 5% before closing at the end of trading on October 3, 2019 at $289.00. Despite the slight pullback since the early September peak, the Oct. 3, closing price was still 32% higher than it was one year earlier, 52% higher than the 52-week low from late December 2018, as well as more than 130% higher than it was five years ago.

While asset appreciation has accounted for the vast majority of gains, the rising dividend income has contributed a few points to a total return of nearly 33.3% just over the trailing 12-month period. Additionally, Costco’s long-term shareholders have doubled their investment over the past three years and enjoyed total returns of 144% over the last five years.

Headquartered in Issaquah, Washington, and founded in 1976, the Costco Wholesale Corporation operates membership warehouses. Costco offers branded and private-label products in a range of merchandise categories. The company provides dry and packaged foods, groceries, snack foods, candies, alcoholic and nonalcoholic beverages. Additionally, Costco offers cleaning supplies, appliances, electronics, health and beauty aids, hardware, garden and patio products, meat, bakery, deli, produce, apparel and small appliances. Costco also operates gas stations, pharmacies, optical dispensing centers, food courts and hearing-aid centers at some locations. Furthermore, the company has expanded its operations into the travel business as well. As of September 15, 2019, Costco operates 769 membership warehouses worldwide. 544 of them are in the United States and Puerto Rico, 100 are in Canada and 39 are in Mexico. Outside of North America, Costco operates 29 locations in the United Kingdom, 26 in Japan, 16 in Korea, 13 in Taiwan, 11 in Australia and two in Spain, as well one location each in Iceland, France and China. With revenues of nearly $140 billion in fiscal 2018 and a market capitalization of $100 billion, Costco is the third largest global retailer and the 15th largest Fortune 500 company. In addition to its physical retail locations, Costco also offers online shopping.