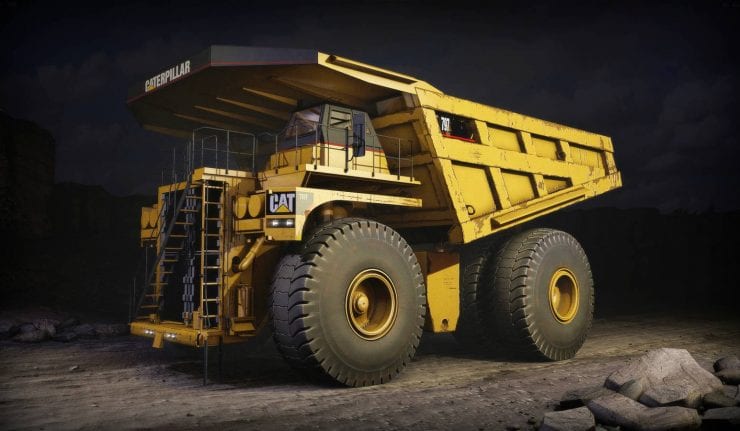 Despite extensive share price fluctuations due to the global economic uncertainties that have existed over the past couple of years, Caterpillar, Inc. (NYSE:CAT) has continued to reward its shareholders with a steadily rising dividend income.

These short-term share price fluctuations are certainly the cause of investor caution. However, over a more extended time horizon, Caterpillar’s share price has delivered reliable asset appreciation despite a couple of significant pullbacks.

Like most of the equities, as well as the overall market, Caterpillar’s share price took a steep dive in the aftermath of the 2008 financial crisis. However, after dropping more than 70% between April 2008 and March 2009, the share price reversed direction and recovered all those losses by the end of October 2010 and still continued to rise. By the time of the next major correction in mid-2014, the share price had risen nearly five-fold above its 15-year low in March 2009.

Furthermore, the 2014 pullback was not as severe as the 2008 drop. After another reversal, the share price recovered fully from the financial crisis losses by mid-2017 and advanced further to its all-time high of more than $170 by the beginning of 2018. However, that price level was unsustainable, and the share price began a selloff in January 2018 that lasted through most of the year.

This correction appears to be disconnected with the company’s operations and fundamentals. As the graph below indicates, the price runup in the second half of 2017 towards the all-time high pushed the share price well into the “overbought” territory. However, even after a decline of nearly 25% from the January 2018 peak, the share price still appears to fairly reflect Caterpillar’s current operational and financial situation. The current Relative Strength Index (RSI) of 51 indicates that the share price is neither “overbought” nor “oversold”.

Furthermore, it is also evident on the graph below that the current share price is on its long-term uptrend after the correction in 2018. Therefore, regardless of the share price’s short-term volatility, the share price still appears to be poised to deliver long-term capital gains. In addition to these steady long-term gains, Caterpillar has been offering its shareholders supplemental gains for more than century in the form of quarterly dividend distributions. The company has also boosted its annual dividend payout every year for the past quarter of a century.

With its most recent dividend payout hike in May 2019, Caterpillar delivered their 25th consecutive annual dividend hike. By reaching 25 consecutive years of annual dividend hikes as a component of the S&P 500 Index, Caterpillar became a Dividend Aristocrat. With Caterpillar and three other companies — Chubb (NYSE:CB), People’s United Financial (NASDAQ:PBCT) and United Technologies (NYSE:UTX) — joining the ranks of the Dividend Aristocrats in 2019, the number of companies in the exclusive group increased to 57 for 2019.

Caterpillar’s dividend hike in May boosted the quarterly payout by nearly 20% from the previous amount of $0.86 to the current $1.03 dividend distribution. This new quarterly dividend income distribution corresponds to a $4.12 annualized payout and a 3.4% forward dividend yield. Driven by the share price pullback, this current yield is more than 11% above the company’s own five-year yield average of 3.02%. In addition to outperforming its own yield average, Caterpillar has also outperformed the average yields of its industry peers by significant margins.

Caterpillar’s current yield is nearly triple the 1.19% simple average yield of the overall Industrial Goods sector. Furthermore, Caterpillar also has the highest yield in the Farm & Construction Machinery industry segment. Thirdly, Caterpillar’s segment-topping yield is currently double the next two closest yields — 1.85% by the Terex Corporation (NYSE:TEX) and 1.81% by Deere & Company (NYSE:DE). Moreover, Caterpillar’s yield is also nearly triple the segment’s 0.86% simple average yield, as well as almost 130% higher than the 1.47% yield average of the segment’s only dividend-paying companies.

Just over the past two decades, Caterpillar has enhanced its annual dividend income payout four-fold. This level of advancement corresponds to an average annual growth rate of 7.1%. Caterpillar’s current dividend payout ratio indicates that the company should be able to support continued dividend hikes, at least in the near future.

The current payout ratio of 34% is well within the 30% to 50% range generally considered as sustainable by investors. Caterpillar currently uses only about one-third of its earnings to cover the dividend income distributions. Therefore, the company has enough room to continue increasing dividend income payouts before breaking above the 50% upper limit. Furthermore, the current yield is significantly lower than the company’s own 107% payout ratio average over the last five years. This indicates movement in the right direction.

Riding the downtrend that began in January 2018, the share price passed through its 52-week high of $143.71 in the first week of the trailing 12-month period. However, after missing its earnings estimate by 15%, the share price plunged nearly 25% in less than two weeks after peaking. After bottoming out in late October 2018, the share price experienced above-average volatility, which included dropping to just 1% above the October-2018 low in late August 2019. The share price closed on October 10, 2018 at $122.69. While still down 13% over the trailing 12 months, the Oct. 10 closing price was nearly 10% above the 52-week low and nearly 30% higher than it was three years ago.

Caterpillar’s share price surged in early trading on October 11, 2019. By 1 p.m., the price had increased 4.6%, which put the price within 2% of its own level one year earlier. Considering the current rising trend, some investors could see Caterpillar as an opportunity to take a long position at discounted prices.

While potential tariffs still remain a concern, the progress on the trade negotiations and Caterpillar’s shift towards a higher revenue share from domestic markets should ease some of those concerns. Caterpillar’s share of total revenue from North America more than doubled since 2011. Indeed, it increased from approximately 20% to nearly half of the company’s total revenues. Furthermore, lower business regulations and a reduction in corporate tax rates in 2018 should offer additional relief and compensate for at least a portion of any potential revenue losses due to tariffs and other trade restrictions.

Furthermore, investors who are considering making a long-term bet on Caterpillar can collect a steadily rising dividend income while waiting for the share price rebound. To claim the next round of dividend distributions on the November 20, 2019, pay date, interested investors must claim stock ownership before the upcoming ex-dividend date on October 18, 2019.

previous article
SKOUSEN: Steve Forbes on the GO and I Make the Forbes 400 Richest Issue!
next article
The Dogs of Fear Aren’t Barking